The Queue: An exhausted man cries at the sight of a moose

So I think maybe I’ve slept two hours in the past two or three days.

That’s not a lot of sleep. I’m definitely very tired. And there are like six billion (not actually) comments about the moose mount, to which my entire opinion can be summed up as I don’t care about the moose mount. I generally don’t buy mounts unless they’re on sale (I had someone buy the Grinning Reaver for me, which was nice) and I don’t raid nearly as much as I used to right now. So either way if I get one it’ll be later. I’m not invested in the issue.

Let’s do the Queue and pray that I hold together until it’s over.

Q4tQ: with the Class Hall intending to make us the embodiment of knowledge, power and a certain “je ne sais quoi” for our respective Classes, do you think we will get Racial Transmogs to show we are also the Paragon of our respective Races?

Like Alliance Priests getting their Draenai Council Robes which could also qualify as a Draenai racial transmog set.

It took me a while to understand what you meant by ‘racial transmog’ and I thought you wanted us to be able to go to the barber and have them transmog us, make us look like a member of another race. I was trying to figure out how that would work — would you have to play a member of said race up to a certain level to unlock that racial appearance, and would it just be skin deep or would NPC’s refer to you as that race in dialogue?

I assumed that because you said ‘racial transmog’ instead of saying ‘race change’ that you wouldn’t actually be a member of the race in question — racial abilities wouldn’t switch, you’d just look like one of them. I also assumed it would be limited to your faction so no Alliance Orkalikes or what have you.

But eventually I figured out what you meant, and it’s something I’m not as excited by. You mean armor sets like the Sha’tari Defense plate set. The problem with this is, what are the Gnomish sets? What screams Tauren or Goblin to you? It’s not impossible, I just don’t see it happening.

I was really all revved up for this idea when I though I could transmog my Worgen to a Gnome and then have it Worgen out in combat, going from Gnome size to Worgen size. Even something as simple as variant appearances within a race — Mag’har Orc xmog, or Night Elf alternate form for Worgen (remember, the original Worgen were Nelves) would be cool. Blizzard, make this happen.

I’ve been considering faction changing my former main, a Draenei shaman. Since MoP, I’ve become a Horde player, but I miss my shammy sometimes (particularly as he’s the character who’s leveled up all the tedious secondary professions). I remember back when faction changes were announced, there were charts showing how mounts changed, but I’m unsure how that works now with account-wide mounts. My shaman personally bought all the AT mounts, for instance, while Horde-side there are three or four I haven’t ground out the 100 seals for. If I transfer him, would I have access to the Horde equivalents of what he had bought?

According to this comment on Wowhead, nope. You won’t get access to the Argent Tournament mounts in that fashion — there is no ‘Horde equivalent’ for the Alliance mounts, and vice versa.

This is a sign not to force your perfect Draenei Shaman to become a Hordling. Roll a new Shammy, slap some heirlooms on and go. You’ll be 100 in no time and your Draenei will be waiting when you realize you’ve made a huge mistake. 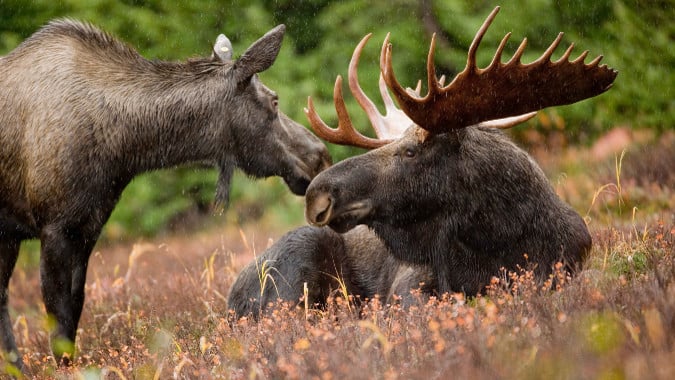 Have we actually heard if Overwatch characters will be added to Heroes?

It’s been a resounding eventually so far.

Sometimes expansion packs will have little unannounced quality of life features. Are there any you’d like to see in Legion?

Yes, I want the ability to have preset ‘sets’ for transmog that I can select from rather than hunt for each individual piece one at a time.

I think it’s too soon to say. The WoW we have now isn’t really post-GC yet — he left during the wind up to Warlords which means he was working there during most of the development of what you’ve seen so far. But remember, GC was just one part of a large team of people, and he often worked on things like Transmog or UI systems as much as anything else. People often attributed class balance decisions to him that weren’t in his purview simply because he was a recognized and vocal presence who would directly engage the community.

I’ve said before and I’ll say again that WoW absolutely needs someone to fill that role, a conduit between the dev team and the community at large, but as far as WoW being a success with or without him, it’ll be a while before we’re truly post-GC, and his legacy may be felt more in what it never was about (Ghostcrawler would have been the first to tell you he didn’t make all the decisions, far from it) and our misconceptions.

Do you feel like Warlords told a complete story or does it need an Epilogue or two for certain characters/storylines?

Did Warlords tell a complete story?

I don’t think it was ever intended to, either. This is most definitely Chapter One of something much, much bigger, and the overall success or failure of WoW as a storytelling medium going forward will depend on how well Legion runs with the hooks and elements dropped in Warlords. But no, I absolutely don’t feel like it told a complete story, and I think that it suffered at times from its, for lack of a better word, meandering focus.

Some of the best storytelling in Warlords took place completely divorced from the whole Iron Horde/Sargerei storyline, or only tangentially involved with it. Gorgrond’s Primals/Breakers, Spires of Arak’s Arakkoa storyline, the Nagrand quests that let to Oshu’gun and the Pale, when the story deviated from the main thrust I was a lot more content with it. Don’t get me wrong, I did enjoy Shadowmoon Valley quite a bit, but once I hit 100, I definitely felt like the gear shift that focused more on the Iron Horde acted like a drag chute and sucked a lot of fun out of things.

Blizzard Watch is made possible by people like you.
Please consider supporting our Patreon!
Filed Under: Moose
Advertisement