Know Your Lore: The Legacy of the Breakers 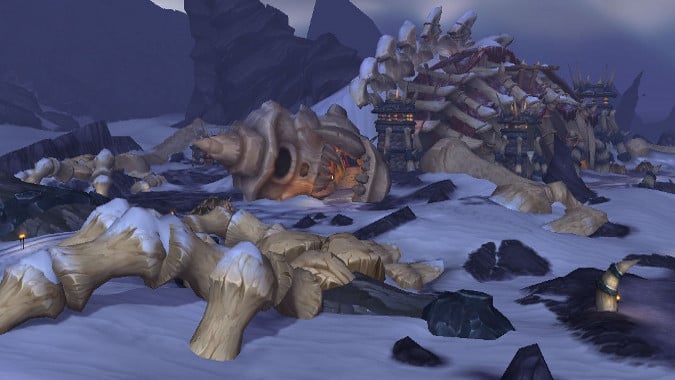 We’ve talked about the beings who are native to Azeroth, and those created to help shape it, but what about the invaders? There are those species currently walking the surface of Azeroth who were not born there, are not native to it in any way, and whose coming helped change the world entirely. The arrival of the Orcish people on Azeroth set in motion events that led to the invasion of the Burning Legion, the destruction of Lordaeron and the creation of the Plaguelands, and the fact that a faction called ‘The Horde’ is currently a major power player in Azeroth is due to their arrival.

They’re not the only ones, however. We can’t forget the Ogres, hulking brutes who also traveled from Draenor to Azeroth. While they’ve had much less of an effect on the world, they are found on both Kalimdor and the Eastern Kingdoms to this day, settling wherever there’s enough food and space for them to do so. Ogres can be found in Feralas, Deadwind Pass, the Burning Steppes, the Blasted Lands, and Dun Morogh to name just a few locations. Cunning, raw power, and a certain willingness to settle for any old swamp, hovel, or mountain top has only aided them in this. 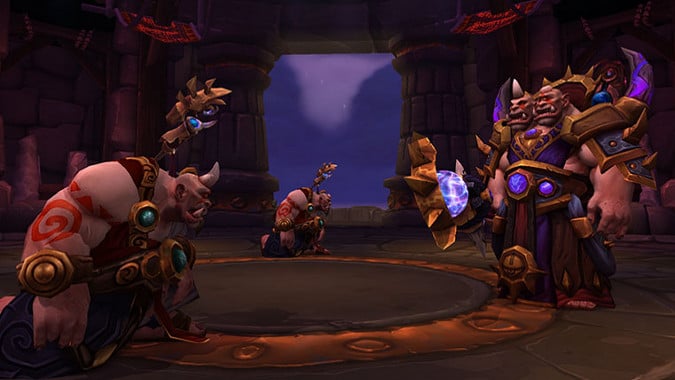 The Orcs and Ogres of Draenor

We know little of Orcish origins. We know they come from Draenor, a world where nature seems constantly on the verge of devouring itself, engaged in a constant war to ensure only the absolute fittest survive. And the Orcs are survivors — what they lack in the brawn of their Ogre rivals they make up for with ferocity and unwavering will. The Ogres were the first race on Draenor to rise to power under the Gorian Empire, but even they never conquered the Orcs. Warfare between these groups was common, but the Orcs also warred among each other — there was no unity between Orcs. The Orcish people were a series of clans that would meet once every two years at a festival in Nagrand, the Kosh’harg. There the clans would engage in cultural exchange, somewhat friendlier competition than usual, and even in some rare cases engage in friendships that transcended the Clan structure.

If there’s any truth to the idea that the Orcs evolved from Ogre forebears, neither race likes to repeat it. One possible note in its favor is that the Ogres displayed a facility with Arcane Magic (especially the two-headed Ogre Mages) and while the Orcs had no native tradition of the Arcane, they took to both Warlock and, in time, Mage traditions quickly. Gul’dan, one of the most powerful Warlocks ever to live, was taught the secrets of Warlock magic by Kil’jaeden himself. Gul’dan also tinkered with Ogre evolution, creating a new kind of Ogre Mage to rival the extremely rare native two-headed Ogres that could channel arcane magic. (Gul’dan’s version, exemplified by Cho’gall, seems both more intelligent and much more insane than the original strain of Ogre Magi led by Imperator Mar’gok.) We know that some Ogres, such as Mogor, have two heads in our current timeline but only had one in the past. 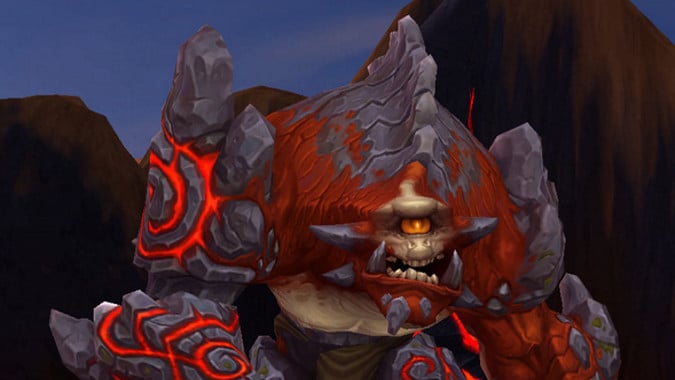 Bloodline of the Breakers

Does this mean that the Orcs and Ogres are related? Well, we know that the Ogres descend from a long lineage of ever-larger ancestors — the Ogron are the Ogres’ direct ancestors, and they in turn derive from the fearsome Gronn, massive giant creatures of terrifying physical power. One Gronn, Gruul, was so powerful that he could engage dragons in hand to hand combat. And yet, even the Gronn weren’t the mightiest of their lineage because they too had a massive ancestor race in the Magnaron. And the Magnaron themselves had a still more enormous race of progenitors, the Earth Giants (known as Grom to the orcs) who were so massive that cities could be built inside their long dead skeletal remains. The Magnaron and many of the Gronn are engaged in something called ‘The Great Work’ but the Ogres of the Gorian Empire had long since abandoned it, having abandoned their belief in the divinity of these beings after Gog Gronnslayer killed many to display to the Ogres that despite the size disadvantage, Ogres could kill the Gronn.

Now, we know the following:

This certainly doesn’t prove direct descent, but the fact that both races hail from Draenor, can breed and have healthy (in some cases stupendously healthy) offspring, and that both races share a desire to dominate and control their world that isn’t surprising considering how hostile life on Draenor can be. The planet was literally a battleground between two factions of beings, the Breakers and the Primals, who each sought to impose their vision for the world upon all living things. The Breakers (from which the Ogres descend) wished to transform Draenor into a hellish wasteland of bound elementals and magical sigils — the ‘Great Work’ the Magnaron speak of — while the Primals opposed this, instead wishing to see plant life take hold and bloom. However, in the Primals’ vision for Draenor, plant life would grow everywhere, and the bodies of animals would serve as living mulch writhing with green tendrils while still alive. So it’s not surprising that, even after abandoning the idea of the Magnaron and Gronn as gods, their descendants would seek to dominate the world. It’s the only way to survive it. 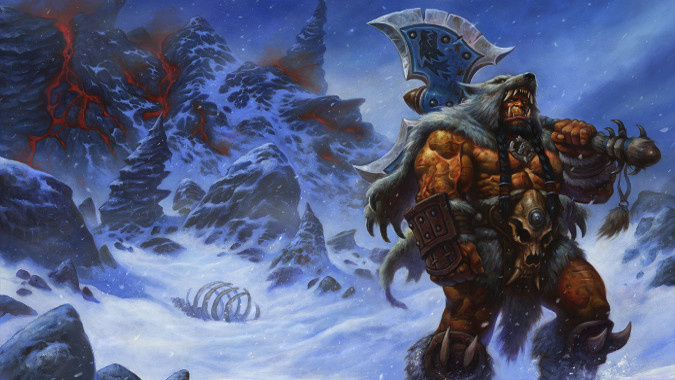 The coming of the Orcs

Wherever Orcs come from, they managed to endure conflict not only among each other but with the Gorian Ogres for untold centuries. Before the coming of the Draenei to Draenor, the Orcs had no name for their world — they were too busy surviving it. While the Ogres tapped into the powerful magics left behind by the Forgers (the Ogre conception of the Titans, whom they believe created their race when they created Draenor) the Orcs learned Shamanism, making pacts with the elements and their own ancestors, and in so doing found ways to exist in places that the Gorians could not such as Tanaan and Frostfire. Orcs live in Shadowmoon Valley, Nagrand, and even in the Aarakoa-dominated Spires of Arak.

Eventually, the Empire of the Ogres collapsed, in part due to ceaseless warfare with the Orcs. On the alternate Draenor we visited in Warlords, it’s shriveled to Highmaul and a few outposts, although there are some indications that Ogres have colonized to the south. On that world, Grommash Hellscream’s Iron Horde conquered Highmaul and forced Imperator Mar’gok to serve. On the Draenor that would become Outland, Gul’dan had Blackhand impress many Ogres into the Horde’s war effort. Either way, Highmaul and the Gorian Empire were a memory before the Dark Portal opened and the Orcs invaded Azeroth. We know that it was through this invasion that both Orcs and Ogres came to live on Azeroth, surprising all with their ferocity and fecundity.

Today both races exist in far flung reaches of the world. The Orcs may no longer dominate the Horde politically, but they still make up the majority of its people, the bulk of its armies. And while only one tribe of Ogres has joined the Horde directly, there are Ogres entrenched and building new lives there to this day.