For some roleplayers, class has absolutely no impact on the character they play. Classes are a game function — you cannot create a character in World of Warcraft without choosing a class, after all — but the class you choose doesn’t necessarily reflect on your character unless you really want to make it a part of your character’s story. However, there are also plenty of roleplayers out there who use their chosen class to fuel their story, whether they’re playing a sneaky Rogue, a clever Mage, a Priest or Paladin devoted to the Light’s cause, or any of the other many classes available for play.

And if you’re one of the latter group of roleplayers, the Legion class preview announcements might have revealed some new class lore to work with. For some classes, these changes were minimal, and for others, it’s opened a whole can of worms. So let’s take a look at that new class lore and how it might affect your roleplay. 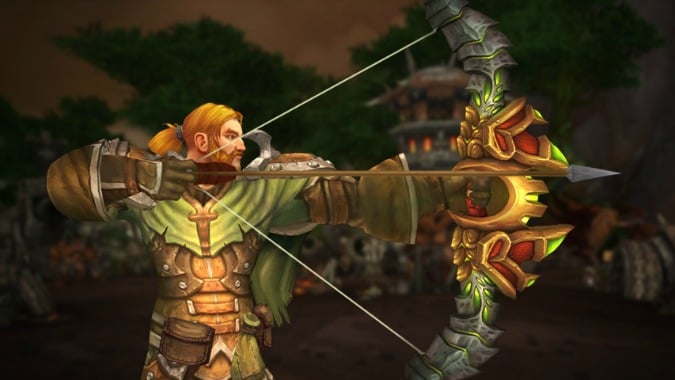 Some of the biggest changes affecting classes are those that either take away an aspect — or redefine an aspect — of a class that you might have been roleplaying all along. Marksmanship Hunters are no longer going to have animal companions in Legion — which means if you’re playing a Hunter with a lot of named pets and personalities, Marksmanship is probably not the way to go. Mistweaver Monks are no longer the DPS-savvy healers they once were, instead healing from a distance with the other healing classes.

Rogues have not one but two major changes to contend with — the introduction of Outlaw spec immediately paints a picture of a brawling, gun-slinging scoundrel, whether that summons images of the Wild West or the deck of a pirate’s ship is entirely up to you, of course. Meanwhile, Subtlety has gotten an implication that perhaps the spec’s shadow mastery is indicative of the use of shadow magic.

Speaking of shadow, one of the biggest changes is coming to Shadow Priests, who appear to be dropping references to the Cult of Forgotten Shadow in favor of embracing an affinity for Void magic. Because of this, they have a new resource — Insanity — implying that Shadow Priests are slowing being driven insane by the magic they choose to wield. And beyond that, Void magic is being tied to the Old Gods, which leaves some unsettling implications for Shadow Priest roleplayers.

Other classes have seen changes as well, but none quite so drastic as the ones listed above. So what do you do if your spec of choice suddenly doesn’t match the character you’ve spent so long roleplaying? You’ve got a couple of choices here. First, if your class is a part of your roleplay — like the Hunter with a ton of named pets, each with distinct personalities — you’re going to want to change your spec, even if that’s only in roleplay situations. Since all classes are getting all specs available as options in Legion, this really isn’t a major issue.

It’s the lore changes that are a little more difficult to deal with, here. Combat Rogues are going to be a thing of the past, replaced by Outlaw — but Outlaw is a fairly subjective term. You can shape it to mean whatever that particular word means to you. Subtlety is a little more of a challenge, considering the implications of magic usage. In this case, you can probably get away with implying that your Rogue is using some kind of magical ability…but given the quiet and sneaky style of Subtlety Rogues, it’s not exactly likely that your character’s going to be flat out telling anyone about it.

For Shadow Priests, what you’re looking at is a major overhaul, lore-wise, one that may actually work against whatever story you’ve currently got going that explains how your Shadow Priest wields Shadow magic, and what that Shadow magic actually is. But as with all roleplay, you’ve got a choice to make here. You can either continue playing your Shadow Priest exactly how you’ve played them and simply treat the new spec information as gameplay information that has no basis on your personal lore — or you can embrace it and see what kind of stories you can build out of that new information, and what that information does to your character, how they work through it. 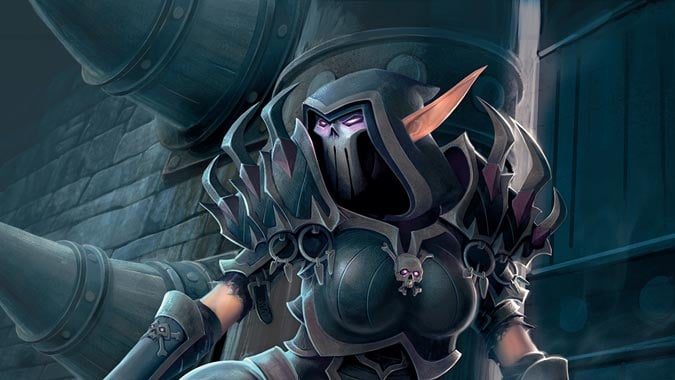 It’s all about choice, really. Roleplay isn’t about being locked in to any particular “correct” way of acting — there is no correct way to roleplay. Some choices you make might limit your actions with other roleplayers if they don’t care for what you’re doing with your character. Some choices may be more widely accepted than others. But the new class lore doesn’t have to be the mark of death for your character — you have the choice of working with it or ignoring it entirely.

And there are plenty of roleplayers who choose to play their class with whatever ideal vision they have in their head, with no influence from Blizzard at all. Just because the lore suddenly says Shadow Priests are using Void magic, it doesn’t mean your Shadow Priest is automatically insane. Insanity is being introduced as a mechanic, not a character trait, and you can treat it as such.

Similarly, if you want to continue to roleplay your Monk as a butt-kicking healer, feel free to go right ahead and do so. Sure, in dungeons and raids, in the thick of combat they’re going to have to step back and heal if they’re a healer. But what you do in a dungeon or a raid doesn’t necessarily need to translate to what you’re doing when you roleplay. And if all else fails, simply choose a spec that suits your character the best while you’re roleplaying, if you really feel the need to do so.

The new class lore is definitely interesting, and lore regarding the different Artifact weapons and how they are obtained is shaping up to be pretty interesting, too. The addition of Class Halls is adding another dimension to roleplay as well — this gives roleplayers the opportunity to find roleplay with other characters that have embraced the class they love, which automatically gives any roleplayer, new or experienced, a common point of interest to start up conversations and maybe make some new friends.

While you might think your class or spec of choice is something set in stone, when it comes to roleplay, it’s just as fluid as anything else you choose for your character. Keep that in mind — and keep an open mind as more information from Legion becomes available. You might just find some cool new stories just waiting to be played out in the middle of all that new class lore.