Officers’ Quarters: Benched by your guild

Archimonde is the final hurdle for raiding guilds in Warlords of Draenor, and he is an appropriately daunting challenge. Some guilds trying to down him for the first time can be ruthless as they try to get that guild-first clear of Hellfire Citadel. This week, a Mistweaver Monk gets benched for Archimonde — and wonders whether it’s time to look for another guild.

Have one this week. I’m not an officer in my guild but I think it’s worth discussing here. Last night, after weeks of wiping, my guild finally downed heroic Archimonde. We aren’t a big guild so it was a big deal for us. Only problem was… I wasn’t there. I main a mistweaver monk and I’ve had to spend a bit of time focussing on my studies as I’m about to finish college. I stopped raiding every night with the guild for only a little while, but I missed out on a few drops, which is fine, my iLevel was already decent while not great. Anyway, the raid night before the kill, I wasn’t keeping up with the other healers, sitting between 39-42k while they were 49-52k (my raid heal is also last on the list so it is artificially deflated as sometime it’s not needed). The same happened the night of the kill and we were constantly getting the boss down below 5% but were losing DPS due to people standing in things. I was asked to step out when another healer logged on and, for the first time in my raiding career. I felt I was doing my part by stepping out. Eventually they managed to get the boss down. I don’t care about missing out on loot, but I do feel like I’ve been ostracised by the guild. They are all backslapping and congratulating each other, as have I, but I’m being treated like something of a leper. It’s difficult when it’s a group you’ve invested so much time into.

Getting the cold shoulder from officers isn’t fun. Is it time for me to move on?

Quitting the guild seems like a bit of an extreme reaction to me, but I don’t know all the details. There’s a lot to think about here. I’ll go through it point by point.

1. What specifically are officer or other guild members doing that makes you “feel like a leper” and “ostracized”? Is it just that you were asked to leave the raid, or have guild members made passive-aggressive or negative comments toward you? If it’s the former, well, you said yourself that it was the right call. If it’s the latter, that’s a bigger problem.

Keep in mind that officers and raid leaders don’t often go out of their way to make a raider feel unwelcome, especially a healer who has been competent enough to raid with them in the past. Healers who enjoy healing and want to keep healing are a precious commodity. It could be that in the excitement of the guild first kill they didn’t reply to your comments. Don’t take it personally. There’s a lot going on in that moment.

2. Have they been benching you for other content, or just in this particular case? If it seems like the guild has lost confidence in you, then make the most of your opportunities when you do get your chance. Try to upgrade all the gear that you can with Valor so you can put your best foot forward next time. If the guild doesn’t want you in the raids at all anymore, then yes, you should probably find a new guild. But I’d find that hard to believe based on what you were saying. If you were healing 5% Archimonde wipes with DPS who died to standing in the bad, then you’re good enough to kill him.

3. Why are you low on the meters? Are you consistently low, or just on Archimonde? Different classes and specs have different strengths and weaknesses. One fight might be perfect for Restoration Druids and another for Holy Paladins. Mistweaver may not be the ideal spec for Archimonde. My guild doesn’t have one at the moment so I’m not sure how they do on that encounter. Gear isn’t everything, especially in the case of healers. 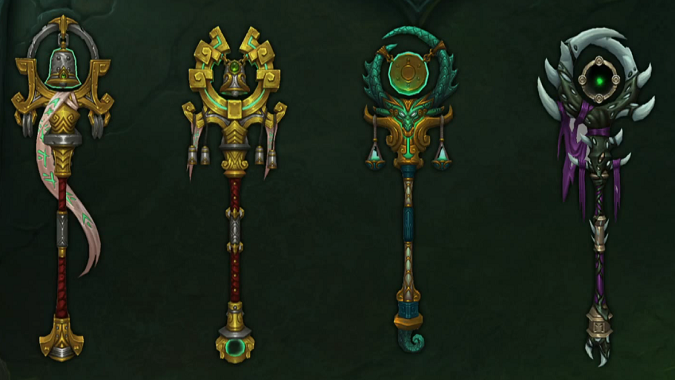 4. Have you missed more than 50% of raid nights over a long period of time? If so, the officers may not have an issue with your performance but with your reliability. Having the best Mistweaver in the world on your roster isn’t an asset if that person doesn’t show up for raids.

Now, I would hope that your officers understand that school has to come first. You made the right decision to prioritize studying over raiding, and they shouldn’t hold that against you.

However, if you’ve made a habit of missing raids in the past, then it could be that the officers no longer count on you to show, so they’d rather bring in healers who have better attendance. Over a long enough period of time, it doesn’t matter if you’re missing raids for school, for work, or to play Fallout. You’re not there. The officers have to fill those healing slots for every scheduled raid. They need to put the needs of the guild over the needs of any one person.

I still don’t think they would intentionally try to make you feel unwelcome, even in this scenario. We have a very long wait for Legion ahead of us. Guilds are going to need every able-bodied raider they can get between now and launch. So what can you do to clear the air? Talk privately to an officer that you trust. Tell the officer how you feel and ask him or her — as politely as possible — if the officers actually have a problem with you or if you’re just misunderstanding the situation.

Don’t /gquit and burn the bridge with your current guild until you talk to someone about it. If it turns out there really is an issue, try to talk through it with everyone involved. Meet with the entire officer group if you need to. There may be a bigger issue, or it may be nothing. You won’t know until you ask.

If the problem can’t be resolved, try to leave on good terms in case you ever want to return. The bright side is that you won’t have a problem finding a new guild. Healers are always needed, and Mistweaver Monks are pretty rare. Good luck!