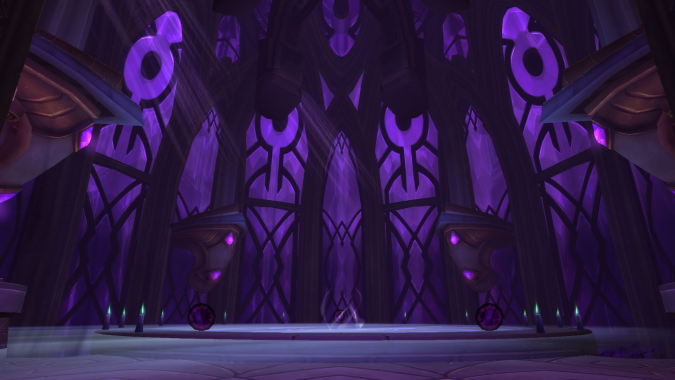 Well, the Shadow Priest spec has officially earned the title “Only Priest Spec Available for Testing” which means we have a lot to discuss! Today, we’ll be going over most of the systems changes that will affect how we play Shadow in the upcoming Legion expansion. So without further ado, let’s hop right in and discuss how Shadow appears to be shaping up so far, shall we?

What’s happening to our current spells?

Let’s begin with a rundown of some of the spell changes that currently exist in the alpha. For starters, Blizzard has once again gone to the chopping block in the name of ability pruning and we’ve lost some spells that many of us have gotten used to by now. In addition to our only healing spell being Shadow Mend, we have also lost , Resurrection, Leap of Faith, Power Word: Fortitude, Devouring Plague, and Angelic Feather as a talent option, plus all of the current level-90 talent spells. What have we gained? Plenty of new spells in the form of talent options (more on that below), as well as Void Bolt as a baseline ability and Void Torrent as an artifact trait.

Update: Levitate has been added back in! 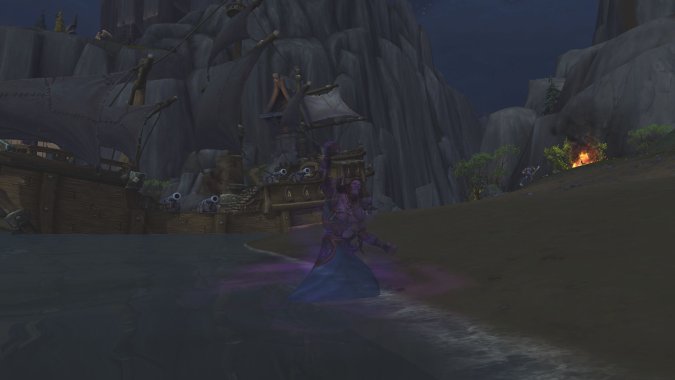 What else is different? For starters, our DOTs no longer generate Insanity. The only baseline spells that do so are Mind Flay, Mind Blast, and Shadow Word: Death (but only if the target dies). To compensate, Mastery is now solely built around DOTs: it increases the damage of Shadow Word: Pain, Vampiric Touch, and Void Bolt. This allows Shadow Priests who favor DOT builds to focus on Mastery which, to me, feels a little odd. I’ve always been a fan of Haste for DOT builds, but this solution does address the possibility of multi-target fights being dominated by insane Shadow Priests.

One more thing: I should also mention that Shadowform currently doesn’t exist in the alpha. We’ve been told it’s just a bug, but there’s been a bit of confusion about whether or not the visual will come back as well, or if it will just be a passive damage aura for Shadow-specced Priests. Until we find out more, and because I could write an entire article on Shadowform’s importance, I’ll keep it brief: the visual effect for Shadowform should never be removed. Period. Make it an optional glyph; make it purely cosmetic — but whatever you do, do not make Shadow’s visual distinction only available while Insane. 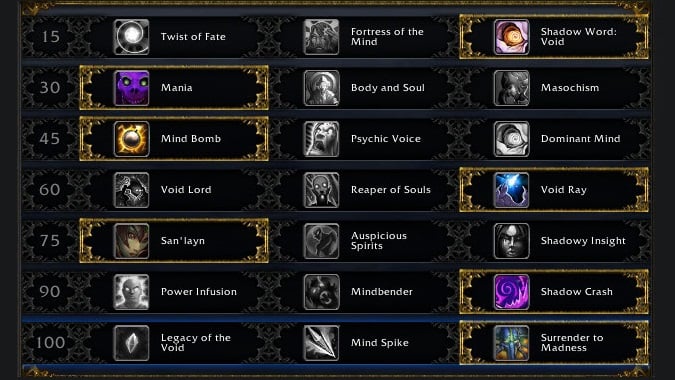 In addition to the above spell changes, our talent trees have received a major overhaul. Very few talents will look familiar and the ones that do have either been changed or moved to a different tier. Our talent choices now offer us four new spells (Shadow Word: Void, Shadow Crash, Power Infusion, and Surrender to Madness) plus three “upgrade” talents (Mind Bomb, Mindbender, and Mind Spike). Now, keep in mind: this is the alpha. Any and all of this could change tomorrow. That being said, there are a couple specific talents and overall design choices I feel are worth discussing.

Let’s start with Masochism. With Insanity as our only resource, it has the potential to make Shadow Mend spammable with almost no downside — if you’ve got any Insanity, it will drain; once you hit zero Insanity, though, you’re still free to spam it. While in and of itself, this isn’t necessarily overpowered, its placement in a tier with two other movement-speed increasing talents feels… odd. Personally, I wouldn’t mind seeing an entire tier built around support spells, with movement options limited to glyph slots.

Moving onto the next tier, there are some ups and some downs. The upside to this tier: each talent feels like it belongs in a tier with the other talents. Do you want a more powerful CC? Do you want to use it more often? Or do you want a pseudo-pet for the duration of Dominate Mind? Thematically, the talents works excellently. So what’s the downside? Mind Bomb. I love it as a more powerful AOE stun — absolutely love it! But it feels more like a glyph than a talent to me. It adds a cast time to Psychic Scream and also reduces the duration of the CC. Sure, overall it may be more effective, but I’ve never viewed talents as a “gain some, lose some” system. It’s still a very appealing talent and my complaints may be my own, but it felt like an odd approach.

The next talent I’d like to talk about is Void Ray. In theory, it’s a nice way to “passively” increase Mind Flay damage; however, the short duration on the talent makes it almost a requirement that you constantly be casting Mind Flay to keep the buff up — two casts in a row of any other spell and you lose the buff. This not only doesn’t play well with other talents — (Need to cast Mind Blast and Shadow Word: Void? Not in a row! How about Void Torrent? Bye-bye, buff!) — but it also is incredibly susceptible to latency issues. 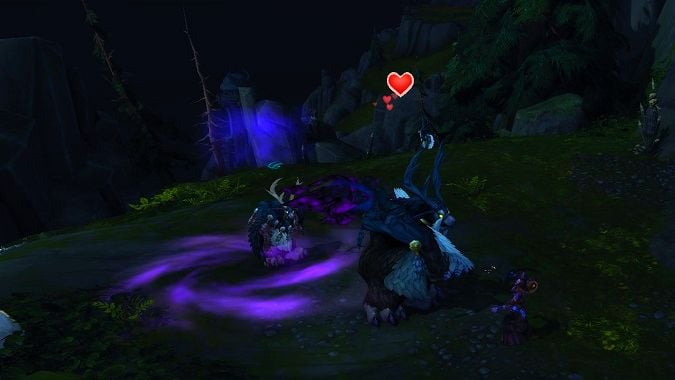 Next shout out goes to Shadow Crash. While the ability itself is still up for debate (they’re not kidding when they call it “slow moving”) I want to bring attention to this spell because it’s one with a distinct and noticeable visual. I’ve already talked about my hope for more visible spells, and this is exactly the kind of spell I was talking about. As a bonus, this spell is taken straight from some of the bosses we’ve faced in the past. It’s always felt like Shadow-based enemies get cooler looking spells than we do but Shadow Crash is a prime example of bringing some of that love to us Shadow folk and I hope to see more of it.

And lastly, this wouldn’t be a discussion of talents without talking about Surrender to Madness. Personally, I think this talent is a standout and I commend Blizzard on something this bold. I don’t think every talent needs to be “safe” so long as it’s still competitive, and I would love to see more “out there” choices for everyone. This talent lends itself to an offensive battle resurrection, which is rarely, if ever, seen nowadays. I’m incredibly excited to see videos of raids that would have otherwise wiped at 1% if not for a lone Shadow Priest surrendering to the madness within to take down the boss. I sincerely hope this talent doesn’t get taken away by the time Legion goes live.

Overall, I like where the talents are headed. There are a few outliers, but the general design seems to not only encourage unique choices around a similar theme (the level-15 and level-75 tiers especially) but also a few talents that seem to synergize well across tiers (Fortress of the Mind/Void Ray, Twist of Fate/Reaper of Souls, or even the one-two-three punch of Fortress of the Mind/Shadowy Insight/Mind Spike). 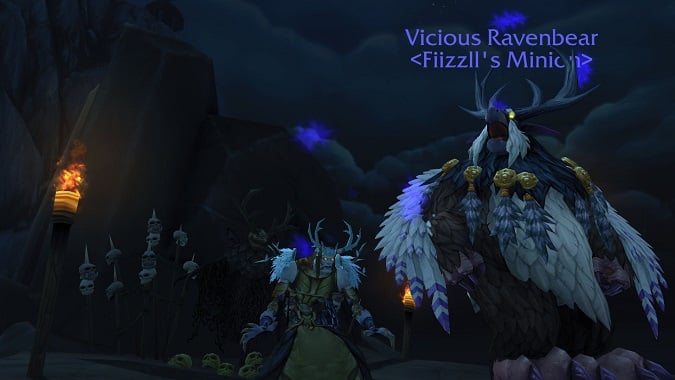 Putting it all in action

So, how’s this all feel? I’ll admit, DOTs not generating Insanity doesn’t quite feel right to me. I get that there were certainly risks associated with that option, but if our entire gameplay is being designed around a new fantasy of slowly going insane, then I shouldn’t feel like Vampiric Touch/Shadow Word: Pain being cast on ten enemies at once does absolutely nothing to push me in that direction. Whether it be a debuff required to be on the target (a la the original Vampiric Embrace)  or a severely reduced rate of Insanity generation, it would feel much better if DOTs did something to provide Insanity.

The second big issue I have with the current playstyle is the Insanity rotation. The idea is to cast Mind Blast more often, fill with Mind Flay, and use Void Bolt to refresh DOTs. Void Torrent does add a bit of uniqueness to the rotation, but with a 1-minute cooldown, it will likely be used once per Insanity phase, if that. I like the design behind this rotation (big hitter, filler, cooldown) but it doesn’t quite feel interesting enough to me. I would like it if Insanity felt like an expansion of our abilities rather than a simplification of it. Yes, it’s cool to do more damage. But the way we do more damage could certainly feel more engaging. I would love to see an additional spell that can only be used during Insanity, such as another DOT (cough Devouring Plague cough) or one that offers expanded synergy with Mind Blast. 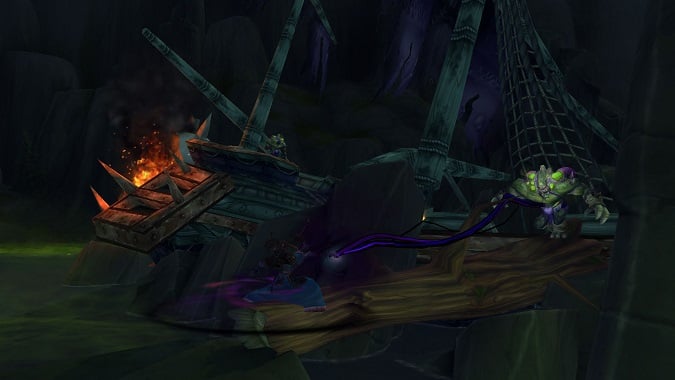 Lastly, the removal of Devouring Plague takes away a lot of the passive survivability we had before. It’s hard not to feel like the best route to surviving right now is a mix of offensive spells with a lot of Shadow Mend sprinkled in. Adding a Devouring Plague-like DOT during Insanity (COUGH COUGH) or increasing Shadow Mend’s healing amount might help this. For now, our self-healing feels a bit low.

None of this is to say Shadow feels bad right now! It’s actually quite fun and the gameplay changes promise to reinvigorate the class in a way that really hasn’t ever been done before. And of course, all of this only scratches the surface on what the Legion alpha has to offer for Shadow Priests. We’ve still got class hall features, artifact lore, and the artifact talents to discuss. All in good time, however.

Until then, always remember: sometimes, a little madness is a good thing.