Do you hear that? The whispering of something powerful and long-forgotten? That’s the sound of the Void, my shadowy friends, and it sounds very promising. Blizzard has released their official Priest preview and we’ve learned a lot about what it will mean to truly be a Shadow Priest in Legion. The changes are exciting and I’ve got a lot of thoughts on what to expect, so let’s dive right in and prepare our minds for the Void.

Our gameplay will be Insane

Originally Posted by Blizzard (Official Post)
The Light in which many priests bathe is brilliant and effervescent, granting them immense divine power. But the brightest light casts the darkest shadow—and from within this blackness, a rival power dwells. Shadow priests fully embrace this opposing polarity, their faith equally resolute as their holy counterparts—but focused on shadowy magics and mental manipulation. Like all priests, they dedicate much of their lives to worship—but they derive their power from the Void, straying dangerously close to the domain of the Old Gods. To truly understand such ancient, corruptive influence is to be driven mad. This is the state in which these dark priests thrive, embracing insanity and feeding off of the minds of their opponents to reach terrifying new limits.

The biggest news, of course, was the official reveal of the new Insanity resource and the gameplay-changing Voidform. In addition, the Shadow class preview gave us descriptions for four offensive spells, Mind Flay, Mind Blast, Shadow Word: Pain, and Vampiric Touch; a peek at our new mastery, Madness; and a sample talent, Oblivion. Additionally, we know that we’ll be losing our long-held healing abilities in favor of Shadow Mend and the classic Power Word: Shield. 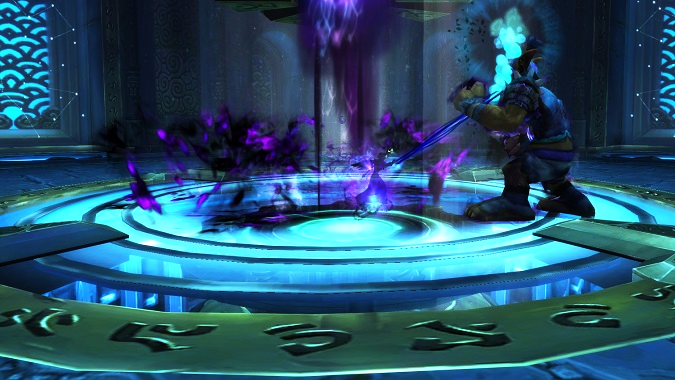 I don’t know about you guys, but I love the way Blizzard has managed to keep Shadow’s core rotation familiar while also adding an extra layer that will help make Shadow feel new again. Granted, we don’t know about most of our talents, but the primary rotation currently looks like we’ll be using Shadow Word: Pain, Vampiric Touch, Mind Blast, and Mind Flay while outside of Voidform in order to build Insanity. Once Insanity takes hold, we’ll no longer need to refresh our DOTs, and we’ll be able to pump out more damage through faster Mind Blast casting and ever-increasing Haste.

As I’ve mentioned before, Shadow has never felt quite right aiming for Crit instead of Haste. Now, Mastery’s tuning may change this, but right now this new design feels custom built for bringing Haste back to the forefront of Shadow’s playstyle and I couldn’t be happier. I do have a few concerns, however. If our DOTs will generate Insanity, that means that we’ll be able to generate more and more Insanity as fights feature more and more targets. Even on fights that aren’t council-style but feature add waves, tossing DOTs on extra targets will mean funneling Mind Blast/Void Blast into our primary target. If this sounds familiar, it’s because at it’s core this is how Auspicious Spirits plays. 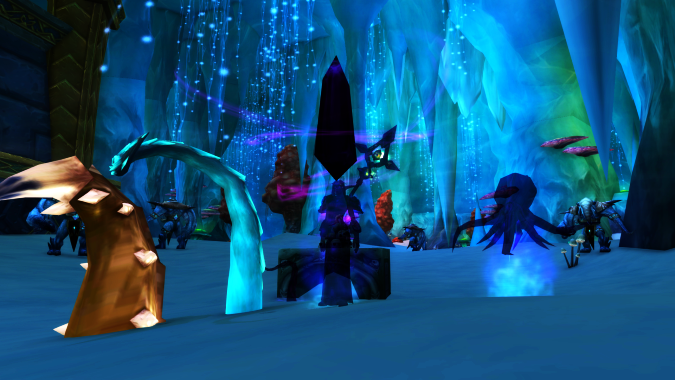 So why am I concerned? Right now, we have no idea what most talents will do for Shadow — and that may change everything — but the gameplay described above means Shadow’s damage can only go up as our number of available targets does. Without some talents in place to boost our single-target damage, this design runs the risk of having a large disparity between different fights. If Blizzard tunes around single-target fights, we’ll likely do too much damage on multi-target fights; if they tune around multi-target fights, we’ll likely do too little damage on single-target fights. So far, we know Mind Spike is returning as a talent that won’t remove DOTs, which is promising but only a small piece of a hopefully greater picture.

We’ve also been told Insanity in Voidform will eventually drain faster than can be generated, but we don’t quite know if the same will apply to re-activating Voidform once Insanity hits zero. Furthermore, with how inflated item levels have gotten even in just Warlords alone, I fear there may have to be a balancing game as Legion progresses to keep increasing Haste and Mastery levels from pushing us into mage-level overpowered territory.

As I said, though, we’ve only seen one of our talents. I have faith that whatever talents do end up appearing will add a layer of complexity and personal choice to our rotation. I’m very happy with the preview we’ve been given. My requests for the future primarily include the option for a slightly more DOT-focused build — (Devouring Plague is apparently gone for now, but I’m hoping we see this decision reversed) — and something that will ensure we remain balanced across single- and multi-target fights. With the focus on Insanity and the four core abilities above as a focal point, I feel as though Blizzard can make this happen without creating a playstyle as polarizing as Clarity of Power or as underwhelming as Void Entropy. 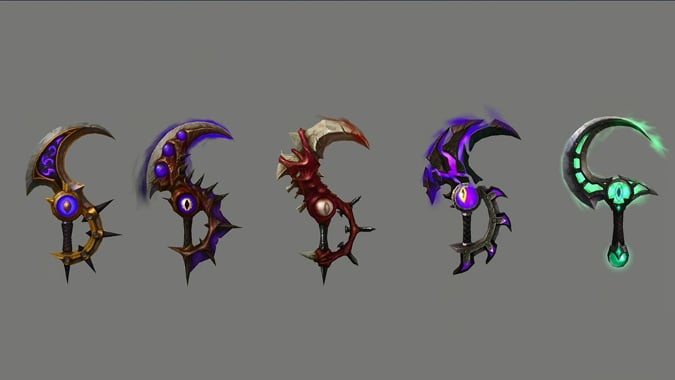 The good and not-so-good about Shadow’s artifact weapon

Originally Posted by Blizzard (Official Post)
Xal’atath, Blade of the Black Empire: This terrifying dagger was made from the claw of an Old God eons ago, and dark priests used it for ritual sacrifices during the height of the Black Empire. After the fall of the Old Gods, Xal’atath was hidden away by cults. It has surfaced from time to time over the course of history, inevitably associated with some horrific ritual or disaster. The blade has a will of its own: it uses powerful Void energies and mind magics to warp everything around it for some nefarious purpose.

Okay, so, let’s put aside the type of weapon for a second and focus on the lore behind it. Shadow Priests are actually going to use the claw of an Old God to draw power from and use against their enemies. Think about that for a second. The Old Gods whose presence drives people mad from the opposite side of a continent; the Old Gods whose whispers can twist a Dragon Aspect into a Worldbreaker; the same Old Gods that plagued an entire continent millennia after dying. That is the source from which we will be gathering power. Personally, I think that’s pretty awesome.

In the past, Shadow has had very loose lore behind it, and that lore felt even looser when trying to explain its connection to gameplay. Now, not only do we have a more solid idea of where our lore is coming from, that lore is embodied in the weapon we use. We are on the precipice of the Void, willing to go as far as wielding a weapon with an almost exclusive history of being used for evil. 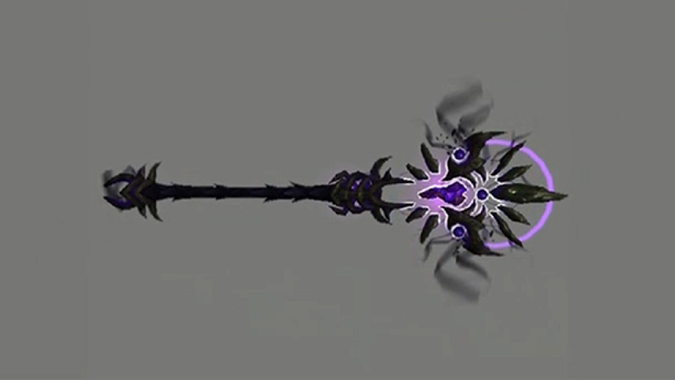 Now, back to that tiiiiny aspect I skipped over earlier: our weapon is a dagger. Not a staff. Shortly after artifacts were first announced, it was mentioned that Priests would not be getting an updated version of Benediction/Anathema, because there were cooler items the artists could make. And to their credit, they have. Every weapon — this dagger included — looks incredible, and the numerous variants to each weapon only add to that.

And yet, I’m still finding myself disappointed. The dark purple staff you see above? That’s a variant of the Holy Priest staff. I get that it may have been harder to turn an Old God claw into a staff, but everything else about the redefined Priest specs seems to be focused on the scale Priests utilize to reach their various end-goals. Holy is on one end of the scale, Shadow on the other, with Discipline in between. How cool would it have been to give all three specs a staff that represented this? Not only would each spec have had a staff to correspond to its gameplay, but Priests would’ve also had a callback to the Benediction/Anathema “mirror imaging” so many had hoped to see. Plus, the idea of a dagger sheathed at our sides (likely hidden by Shadowform) instead of a signpost staff across our backs like the other Priest specs makes me feel like the dagger will be hard to fully appreciate.

I really want to be excited about the artifact — and I am, to a degree. The lore behind it promises to be very solid and is helping emphasize Shadow more strongly than ever. It just feels like the weapon is focused exclusively on Shadow’s lore, when it could have tied into both Shadow and the overall Priest lore instead. 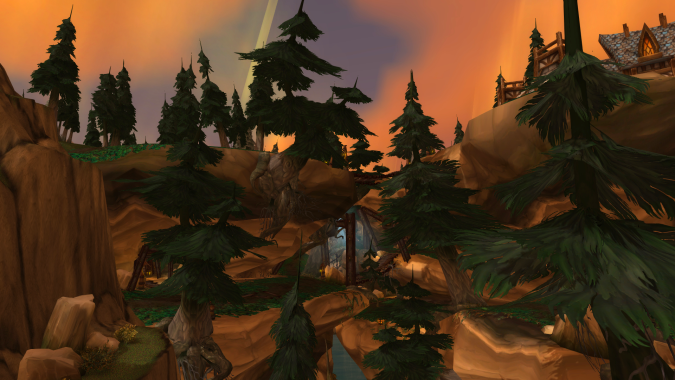 More to look forward to

I was only able to cover a small amount of Shadow’s lore in Legion here, but all signs point to our Old God connections only growing. For example, Voidform is going to cause us to speak the Old Gods’ language, Shath’yar, which is an awesome little bonus that already shows how much more defined Shadow is shaping up to be. Additionally, we still have our Class Hall reveal to look forward to, which will hopefully include signs as to who our Shadow senpai will be (sorry, Velen, you’re cool but you’re not exactly “Shadow”-y). And while we know a little bit about our artifact, we still don’t know what the quest to recover it will entail or what sort of effect wielding this weapon will have on us. Personally, I’m hoping for some Old God whispers.

Moreover, Blizzard has only given us a sneak peak at one of our talents. Their goal appears to be a simplified version of the base play with more nuances appearing through talents. With the removal of PVP talents and a renewed focus on making Shadow feel more defined, the full talent reveal promises to be almost as exciting as the preview we’ve already been given. Blizzard promised to bring Shadow to its fantastical roots, and they’ve delivered. I’m very excited to continue learning more in the coming months and hopefully the lore reveals will keep coming in. Beta is apparently weeks away, and I’m sure we’ll learn more then.