The Queue: A Dakotaraptor and I answer your questions 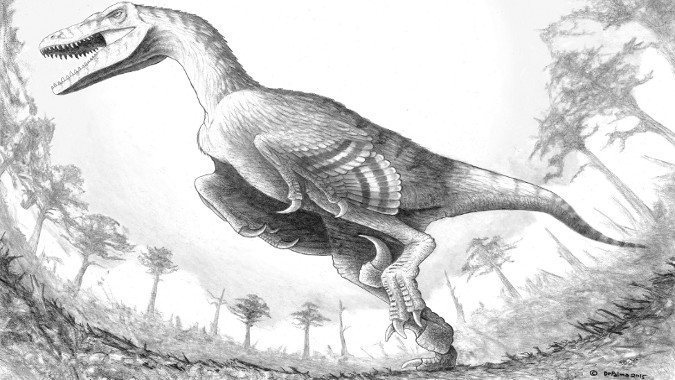 Y’all seem to like the two people answering the Queue format, so here we go.

Who are the Sons of Lothar?

Dakotaraptor: As am I. You see, Kevin, the Sons of Lothar were the surviving members of the Alliance Expedition to Draenor that took place after the Second War, led by Turalyon, Alleria Windrunner. Khadgar, Danath Trollbane and Kurdran Wildhammer.  They named themselves the Sons of Lothar in honor of Anduin Lothar, the Lion of Azeroth, who led the Alliance forces in the Second War until his death at Blackrock Mountain. After Khadgar used the Skull of Gul’dan to seal the Dark Portal after Ner’zhul’s reckless sorcery tore Draenor asunder, the Sons of Lothar were stranded in Hellfire Peninsula, where they founded Honor Hold and survived for nearly twenty years until help came.

Matt: That was a surprisingly cogent answer, Dakotaraptor.

Dakotaraptor: Your pandering to stereotypes demeans us both, Matthew.

Dakotaraptor: No, no, I highly doubt it?

Matt: I think there’s some room for this idea.

Dakotaraptor: Come now. There are so many players, canonically they can’t all get the Ashbringer, or the Deadwind Harvester. What’s likely to happen is that in lore various figures (perhaps only referred to by their titles) will be said to gain the weapon, so for the Fury Warrior Artifact the Skylord would achieve it, but certainly not your Skylord. This assumes they even really deal with the can of worms at all.

Matt: I don’t think it’s really that big a deal in most cases. In the example you made, the Warswords of Valajar aren’t terribly well known, so it’s not like it matters who ends up with them.

Dakotaraptor: Yes, but either way, it’s not going to be you. It’s just not possible. At most, somebody gets the Artifact, and they’ll probably keep it as vague as possible, just as they’ll keep who the Garrison Commander on Draenor was vague.

Matt: I still think it would be cool if Blizzard deliberately wrote someone’s character in as the official Priest class leader or what have you.

Dakotaraptor: You think 9th century Cathars are ‘cool’. No one is interested in what you think is ‘cool’, Matthew. They’re interested in what’s likely to happen,. and it’s simply not likely that we’ll see the Artifacts as canonically in player hands.

Can these Tag-Team Queues be a regular thing?

Dakotaraptor: If you think I’m enduring this man’s pedestrian drivel on a regular basis, sir, your name and assumed title are wholly deserved. It’s as if I were associating with an anthropomorphic monster truck. He blunders about spewing his malformed opinions as if anyone ever solicited them, when in reality his plebeian efforts are the lowest scrapings of the barrel. Have you no pity on an honest Dakotaraptor steini, good sir?

Matt: Well, maybe Liz and Mitch will keep doing it.

QftQ:I don’t raid, dungeon* or scenario, just because I really don’t find them fun.As a result, I miss out on a lot of story, which I have accepted as my trade-off for not doing certain things in game.Recently I got curious about what world-changing things I don’t have on my game because of this.I’m talking about phased area changes like Theramore after the mana bomb and I recently saw a comment on another article about Ravenholdt being burned down?Is there anything else?

Dakotaraptor: Actually, unless you’re playing a Rogue you won’t see Ravenholdt burn, it happens doing the end of Cataclysm quests for the Legendary Daggers.

Matt: Most dungeons don’t change the outside world so you’re safe there, same for raids — and when a raid like Siege of Orgimmar changes the world, it usually does so via a patch so you’ll see it, it won’t be phased.

Dakotaraptor: Indeed, even the Undercity changes are universal now, they’re not dependent on anything. You should be all right.

Q4tQ: If WoW dynamically and continually updated zones to reflect their current state in the lore, what zone would you want to see updated? Flying Exodar? Purified Vale of Eternal Blossoms?

Matt: I’d like to see the Zandalar stop stealing dinosaurs from the Isle of Giants.

Dakotaraptor: I enthusiastically support this idea. Finally, Matthew, you’ve said something worth saying. And it only took you five tries.

Matt: Thanks, I guess.

Dakotaraptor: While we’re dreaming maybe Blizzard could finally realize that many theropods (including all Dromaeosauridae) had feathers, and update their models appropriately. It’s ridiculous to see them in game sans feathers. It would be like depicting wolves and bears without fur.

Q4tQ: what do you want from WoW in the real world?  Physics and possibility be damned, what would you like to bring into reality?

The altruistic side of me wants to say “healing magic”, because damn, having something that brings a person back to full health no matter what sort of damage they’ve taken would be incredible.  Also teleportation, which we talked about a while back.

But on a purely selfish level, I’m about to start packing up to move later this month (got an awesome new apartment), and right now I want bags from WoW.  I want bags whose only limit is how many individual items or stacks of items you can put into them.  Much as people complain about the starting backpack’s sixteen slots, I’d love that right now.  A bag that will hold my desk, my mattress, my box spring, my TV, two chairs, a footstool, two bookshelves, two lamps, a shelf, and a fan, and still have room for three more things?  Yeah. That sounds awesome right now.  -_-

And don’t even get me started on what I could fit into a thirty-two-slot bag.  Books stack to at least twenty, right?

Dakotaraptor: I believe we all saw this coming.

Blizzard Watch is made possible by people like you.
Please consider supporting our Patreon!
Filed Under: Ashkandi, Dakotaraptor
Advertisement