Exploring the story that drives Fallout 4 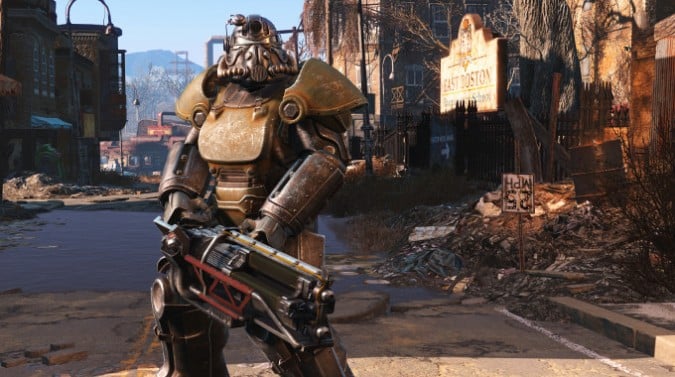 It’s the end of the world as we know it. But sometimes, we know it differently.

From Stephen King’s The Stand to H.G. Wells’ War of the Worlds, the allure of some horrible catastrophe — alien invasion, zombie plague, viral warfare outbreak, plain old fashioned outbreak, atomic annihilation — sweeping our modern world away and resetting the civilization counter to zero has appeared over and over again. I’ve been playing Fallout 4 this week (I got it for Christmas) and so its particular brand of apocalypse has really stuck with me.

The post-nuclear wasteland of the Fallout series is one rooted in a completely alternate technological path, one where humanity embraced the power of the atom and ran wild with it. It was a near utopia that only collapsed when resources became scarce, and the real tragedy of the setting is that they came up with a way around it – the micro-fusion cell developed by the US Military in the 2060’s was already beginning to wean the country off of other resources entirely and if the bombs hadn’t flown in 2077, it’s likely that within another decade fossil fuels would have been utterly abandoned for cheap, nigh-limitless atomic power.

From here on in, this post discusses the story of Fallout 4 and the Fallout series in some depth, and there will be spoilers.

The past isn’t better, it’s just past

It’s this mix of idealistic utopianism as seen through the lens of its denouement, the view of a paradise from the ashes of its collapse (and knowing it is a collapse that happened entirely due to short-sightedness and greed) that provides a lot of the narrative hook of the Fallout games. We see this in the first game in the series, as a young dweller in Vault 13 must leave the safety of the preserved remnants of that lost civilization and enter the wasteland, only to discover that people are people everywhere. His idyllic home rewards his service and sacrifice with exile, fearing foreign contamination into their “perfect” society.  Thus is the nostalgic view of the pre-nuclear society exposed as a lie — the Vaults are eventually exposed as Petri dishes, meant to test out long term societal goals and see what, if anything, could truly work to rebuild a world ravaged by atomic fire while the true survivors, the elites who would come to call themselves the Enclave, waited it out on a base in the ocean. Paradise fell because it was peopled by humans.

In a way Fallout 4 brings this more sharply into view by having you play as one of the people from the era of the Great War. You play either as a veteran of the war freshly returned to civilian life or a civilian, a lawyer who married a veteran and involved herself in veterans affairs — either way your entire world view is that of the society that would destroy itself in atomic fire. You come to the wasteland not as a Vault Dweller, someone who grew up with stories of the glories of the past and the nightmare world outside, nor are you native to the post-nuclear world as the protagonist of Fallout New Vegas was. You are the ultimate stranger in a strange land, the dead hand of the past given life again. You know that your world wasn’t perfect, that it was wracked by war, that the scars and destruction you encounter everywhere you go were wrought by your time’s failures as much as its successes. That miracle that could have powered your people into a new golden age instead was used in weapons to destroy any hope of that happening. 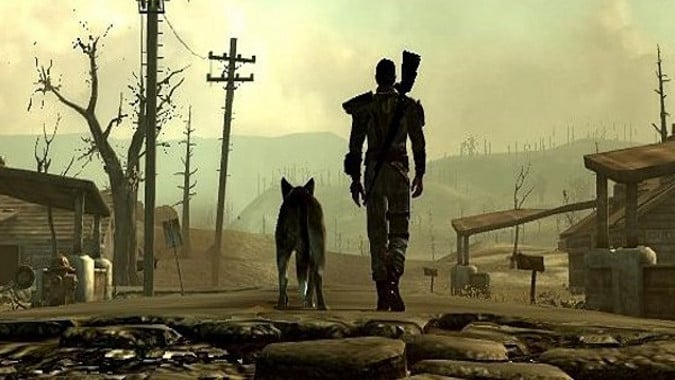 Most post-atomic settings in fiction are either purposely vague about ‘the world before’ (such as the Mad Max movies) or set directly after the apocalypse (Stephen King’s The Stand comes to mind, with the survivors of the plague forced to contend with a world recently kicked off of its axis) but Fallout is actually pretty detailed about its setting and how it differs from our own. The computers of the pre-nuclear war period are ridiculously primitive by our standards. One of the terminals (which survives some 200 years after the bombs drop in 2077) boasts of its 64k of RAM. But at the same time, their society created portable fusion cells that could run cars and military vehicles indefinitely, personal robots such as the Mr. Handy series, and in many ways was more advanced than ours. This variation comes from their wholesale adoption of nuclear power and their focus on it, even as they began a period of conspicuous consumption that would last for more than a century until the Sino-American War over various resources.

Golden ages and rusted ones

It’s this detail, this lack of forgetting that makes Fallout stand out. The people of the wasteland don’t think life was always this way. They may have lost a lot, but they haven’t just forgotten what they’ve lost, if anything they may idealize it more than they should but they remember it. They know what America was. They know that these advanced tools were made by their direct ancestors, that there’s nothing special or magical about them — that they are the remains of a world that would ultimately destroy itself. One NPC in Fallout 4 even asks you if you know what country decided to launch the missiles first, because he’s desperately curious as to what they thought they had to gain from it. He knows that life was much safer and easier for people before they destroyed themselves.

Fallout owes much to a multitude of sources — the setting’s pre-atomic war history is essentially rooted in the science-fiction of the late 40’s and early 50’s, when the atom was seen as a kind of savior, a limitless miracle power source that could accomplish anything. You could call it Atompunk if you wanted. The wasteland itself is, well, based on Wasteland, a game Interplay (the original creators of Fallout) made for Electronic Arts. And frankly, even though I’ve never read or heard anyone say so, I think it’s impossible to argue that the ancient pen and paper game Gamma World didn’t have a huge impact on Fallout, what with the Super-Mutants, Ghouls, Deathclaws and other strangely mutated/genetically engineered nightmare monsters one can run into. But Fallout distinguishes itself from Gamma World in a variety of ways — technology in Gamma World is often considered magical, no one knows exactly what started the apocalypse or even when it was, and Fallout lacks some of Gamma World’s more outrageous, some might even say ridiculous, mutations and creatures such as Badders (talking mutant badgers) and so on. 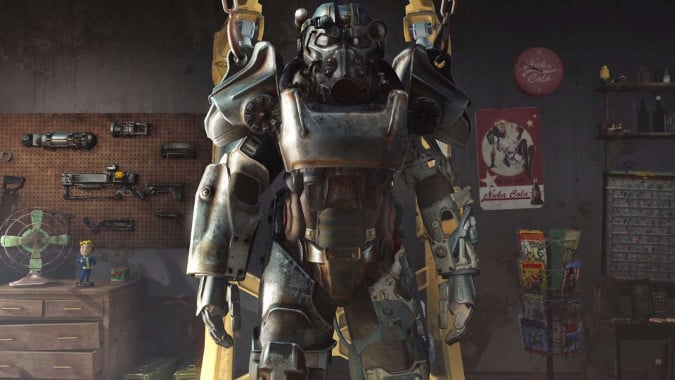 What was, what is, and what will be

Fallout 4 is, in some ways, the most interestingly grounded of any Fallout game, and it may be the best since Bethesda took over the title from the then declining Interplay. Purists will skin me alive if I say it’s got a more interesting narrative than the original Fallout, but I think I might be willing to take that chance. The fact that you are playing a woman or man out of time, a survivor of the world that was changes the stakes and the implications pretty effectively, and seeing a place like Boston (a city with a lot of history, especially rooted in the formation of the United States as it was) post-War from the perspective of a person who would have known it before the bombs fell gives the story a good deal of weight. You can really feel like a ghost walking through your own graveyard in some places. I’m not thrilled that you start play as a married person only to watch your spouse get killed in front of you in a freezer unit — the narrative fridging is a bit on the nose there. I get that the game wants to leave you free to pursue romances, but it might be nice to actually get to see married people doing things as married people for once. It’s not a deal breaker for me, just something I noticed.

There’s a subplot I won’t spoil for you here, but it touches upon the very idea of what it means to be human, if there’s a broader definition possible and that to me helps give Fallout 4 some poignancy. The other doesn’t always have to be the other.

Yes, the game has flaws. Anyone who has ever played one of Bethesda’s games knows the kind of flaws it has. There are glitches and at times you’ll beat your head against a fight before you finally figure out how to kill it. But what you  get is a surprisingly rich story with a lot of interesting sub-strata to dig at — the refrain War never changes pops up a lot, of course, but for me Fallout 4 is more about how humanity never changes, that the difference between the pre-nuclear and post-nuclear societies isn’t that vast, and that the milk of human kindness might be in short supply but it’s always essential. Even a super-mutant can see it.

I have played every Fallout game ever made. Yes, even Brotherhood of Steel. And this may be the first time I ever really felt the weight of loss, the crushing realization of mass death and the destruction of an entire way of life and the fight to build something out of that, to make a better world in the ruins of the old one. Fallout 4 reminds you that the wasteland used to be America. And that it can become something better than it is, both by looking back fairly and accurately, and by looking forward with hope.