Hearthstone’s January card back is You’ve Won My ♥-Stone 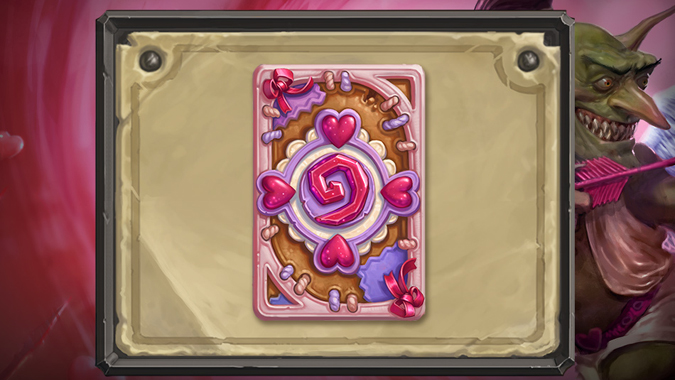 If you’re worried about hitting Rank 20, don’t be — you won’t lose any stars under Rank 20 in Hearthstone, so it’s easy enough to work your way up the ranks if you simply log on and play a few games here and there throughout the month. Of course, once you’ve hit Rank 20, you might want to keep playing and earn some bonus stars. The further you move up that Ranked Play ladder, the more bonus stars you’ll earn — one star per rank. And those bonus stars will roll over to the following month, getting you closer to Rank 20 right out the gate next season for whatever card back happens to roll out in February.

Blizzard Watch is made possible by people like you.
Please consider supporting our Patreon!
Filed Under: Card Back, Hearthstone Card Back, January Card Back, Love-is-in-the-air
Advertisement