The Warrior’s Charge: Arms in Legion 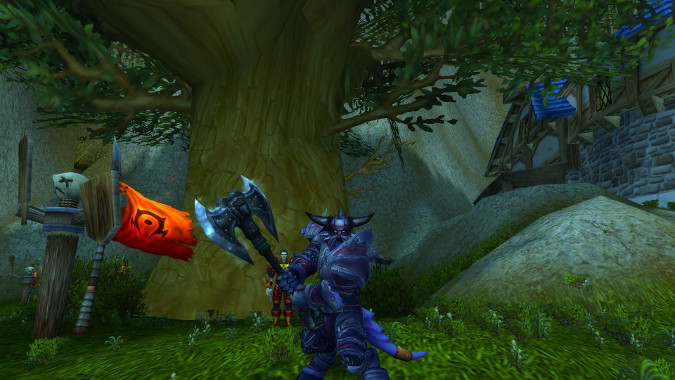 Talking about Arms in Legion right now is hard because it wasn’t live when the Alpha went down, so all we’re left with is datamined information like the talent calculator. We always say ‘take this with a grain of salt, it’s alpha/beta and things can change’ but in this case it’s really hard to look at anything here and make assumptions. The fact that we saw Fury get some significant redesign even before the alpha went down means that, just as an example, I don’t expect Arms to actually have Heroic Strike as a talent choice in the level 90 tier, even though that’s what the talent calculator currently says as of this writing.

We also only know a little about the Arms Artifact, Stromkar the Warbreaker. For starters, its internal tree is not yet in the files, so we have no idea how it will affect your gameplay.  Still, we have the talent calculator and some class specializations to discuss, so let’s try and talk about Arms, the unfinished Legion spec. 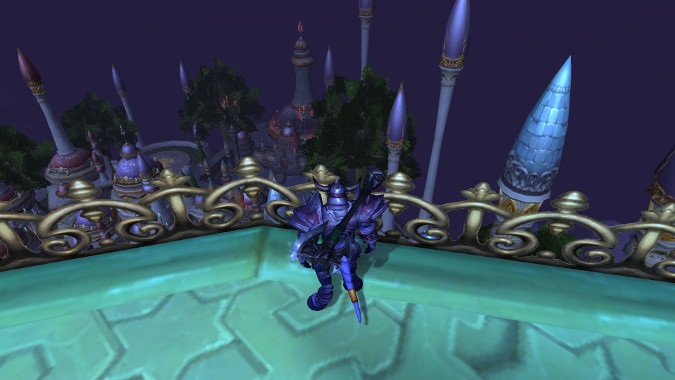 What we know we know

For starters, it appears as if Rend is a talent choice now. Slam has moved into the specialization as a spec ability rather than a talent choice, and Sudden Death is just plain gone. This means that we’ll be using Slam as our main rage dump, at least if it remains as it is as of the most recent datamining — hopefully this also means the days of spamming Whirlwind to bleed rage off when Mortal Strike is on cooldown are over. However, Slam in Legion lacks the damage stacking buff of Warlords, so it’s likely it’ll need something to give it some teeth.

Arms is looking at yet another redesign to its mastery this time around with Colossal Might. On the face of it, it’s a solid ability, buffing Colossus Smash and the damage increase the ability grants. The problem is that Colossus Smash is now on a ludicrous 45 second cooldown, meaning that six second window of buffed damage is even further apart than ever. I find this baffling. Arms is hardly a DPS powerhouse, and with the changes to PVP and the honor system talents it’s not like you have to nerf PVE abilities for PVP so why are we so afraid of letting Arms hit its biggest DPS button more than once every 45 seconds?

Again, I know that this is alpha, and it’s not even alpha, because Arms hasn’t been active yet. But it’s frankly befuddling me to look at this and imagine a playstyle built around Colossus Smash every 45 seconds with no apparent way to reduce that cooldown. Anger Management doesn’t affect it, and while you can talent for extra attacks like Overpower, Rend or Storm Bolt to use in that 45 seconds, it just seems like that’ll leave you with an awful lot of buttons you’re going to want to press in that 6 seconds after you hit Colossus Smash. A return to the Mists pendulum of DPSing as a caretaker between periods of CS seems backward to me. It almost feels like you’d be better off taking Titanic Might to give you a 12 second window, stacking the heck out of mastery to buff your CS damage and the extra damage buff, and then taking Opportunity Strikes and hoping it procs during a CS window.

Looking at Overpower, it currently hits harder than anything else — at 250% physical damage, it’s better than a Storm Bolt against a target that can’t be stunned, a Slam, a Mortal Strike — only a full rage Execute beats it. I’m not sure if this means that Overpower is too good or everything else will need to be adjusted upward before it goes live. We know that Recklessness will be available every minute, so you can probably line it up with Colossus Smash (hit CS, hit Reck, have between 4 and 5 seconds of buffed damage on a target while critically hitting on every attack) for a burst of damage. 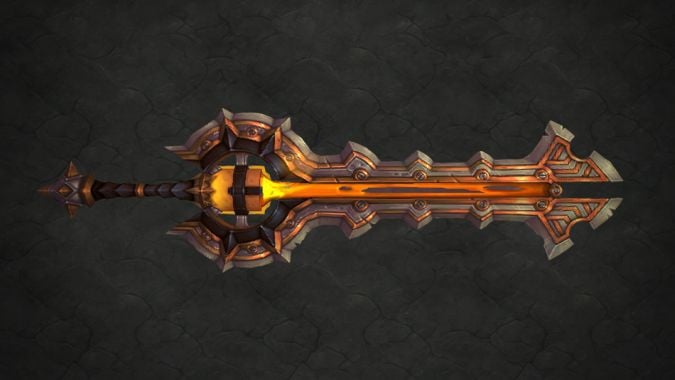 What we know we don’t know

A lot of this might be related to Stromkar, whose talents are completely unknown to us. It may be that abilities that are getting buffed as you level your Artifact needed to be somewhat weaker without it. Right now I really don’t know one way or the other.

We also don’t know what’s actually going to be there in place of the Heroic Strike talent that I simply don’t expect to be there when the Alpha comes up. Some talents seem like ones we might well expect to see never make it to the Alpha — Mortal Combo giving Mortal Strike two charges? Impending Victory giving Slam a 40% chance to heal for 10%? These feel like placeholder talents to me, not ones we can realistically expect to see go live, or even make it to testing. The Arms talent tree as datamined just feels empty and unfinished, which is fair, because it is unfinished — when we see other talent specs being tested while Arms is unplayable, that tells you that it’s simply behind them in terms of its design, and that’s not a big surprise.

Now, all of this might be on the horizon. This is the Alpha, it’s a wholly unfinished spec. But I felt like it was worth saying it now. These talents and abilities aren’t what the spec needs. Arms has had a rocky history as of late — Warlords utterly dropped the ball on the spec, and I feel like it’s never too early to start discussing getting it right this time.