Breakfast Topic: With our friends 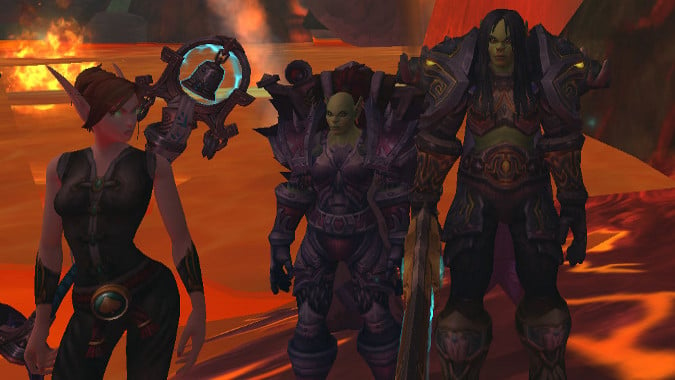 I’ve gotten to the point in World of Warcraft where I dislike running in pick up groups. But from the leveling stream and doing alpha content, I also realize that I really enjoy doing small group content — in fact, it may be safe to say that my favorite thing to do in WoW is get together with four people I know and do some dungeons.

Which strikes me as odd, because I used to run pugs all the time. Then again, I always hated them.

The problem with a pick up group is that it’s made up of strangers, and strangers can be great (I have had some monumentally good pick up groups) or they can be bad. They can be selfish, they can be unwilling or unable to grasp that there are four other people in the group with them — there’s a myriad of ways they can be bad. All good groups are the same, but all bad groups are awful in their own way, and since we have tools that automate the process now you can have as many uniquely awful groups as you can handle in a day.

But before we had the tools, pugs were just as bad. People would spend hours waiting for a group only to be told ‘sorry, no melee/we need X form of CC’ and have to go back to waiting in Ironforge/Orgrimmar/Shattrath for a group. I guess what’s really happened is as I’ve gotten older, small group content with friends is where I rediscover the wonder of discovery itself — of going into a dungeon and just trying a boss, seeing what it does and learning how to overcome it.

Pick up groups have never really had that kind of patience. It’s kind of a shame, really.

So now I ask you — do you play with friends, or are you still riding the random groups? Have you had good or bad experiences?

Blizzard Watch is made possible by people like you.
Please consider supporting our Patreon!
Filed Under: Dungeon, Dungeon Finder, Group Content, Pick Up Group, Pug
Advertisement