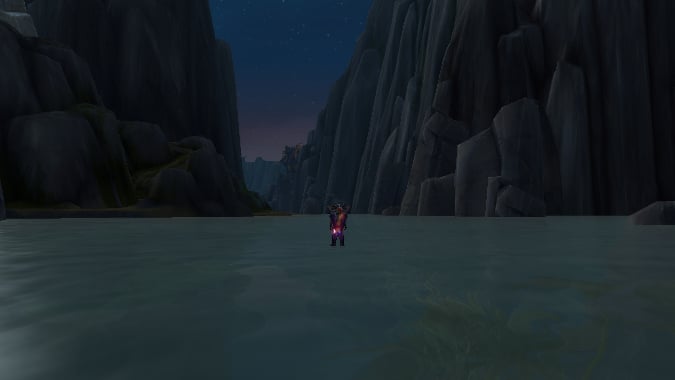 There’s only one thing in the Legion alpha where, upon discovering it, I felt in my gut it’ll be nerfed before it goes live — and it isn’t the Demon Hunter‘s double jump or their ability to melt an entire pack of mobs in seconds with their eyebeam. It’s the Sculpted Eaglebone Ring.

While wearing it, you can walk on water. It’s that simple. You walk on water. Your mounts walk on water. Damage doesn’t break the effect. It works anywhere, not just in the Broken Isles. As long as that ring is on your finger, water might as well be land. And any player can get it whenever they want.

A river runs through Highmountain. About halfway up that river, a chest will occasionally tumble down a waterfall and drift downstream. Eventually, it gets caught on a downed tree and assorted detritus, lingering for a minute before washing away. If you catch it, which isn’t difficult if you wait where it gets caught, you get your hands on the Eaglebone Ring and never need to worry about traversing water ever again. Want to go fishing in the middle of the ocean without a boat and no sign of land from one horizon to the other? Not a problem. Stand on the water and throw out your line. 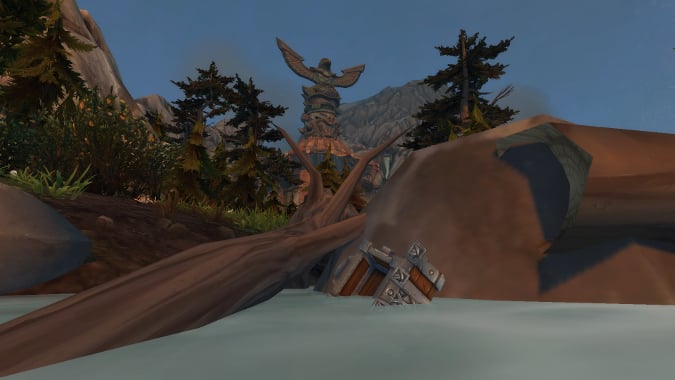 Ever since discovering this, every new character I decide to take for a spin on the Legion alpha goes to Highmountain first, even if I don’t plan on leveling there. I’ll drop in, get the ring, and zoom off to wherever I actually wanted to go. When you pick the ring up right at level 100, the stats aren’t great — the first quest which offers a ring upgrade will likely offer you something better. It doesn’t matter. Unless I’m stepping into a dungeon or raid, no stat or attribute increase will outweigh permanent, unbreakable waterwalking. No, I don’t throw away that stat upgrade. It lives in my bag until I’m in a dungeon so I can swap it out. And when I leave that dungeon? The Sculpted Eaglebone Ring takes its rightful place on my finger again.

If this ring goes live in its current state, unbreakable and without restrictions, I will be amazed.

All of that being said, however, there’s a level of freedom that comes with this ring — not just because you can traverse bodies of water with ease, but because you can do it without mounting your Azure Water Strider. I don’t like riding that bug — there are countless mounts I’d prefer to use — but I use the Water Strider precisely because it can do what no other mount can. As long as the Water Strider can stride on water, my other ground mounts might as well cease to exist. If I have a source of waterwalking, no matter which character I’m playing, I’m going to use it. The Sculpted Eaglebone Ring grants me the freedom to do the same thing with any and every mount in my collection. Waterwalking wolf? Sure! Waterwalking Grand Expedition Yak? Absolutely! It feels good to have my other mounts back. Maybe I shouldn’t need to graft a specific ring to my finger to accomplish that, though.

If this ring goes live as it is, here’s a point of advice: never forget you’re wearing it. The very moment you forget, you’re going to try leaping off of a tower, aiming for the water in the hopes of avoiding falling damage. You’ll forget to dive and you will die. Horribly.