With the Burning Legion onslaught raging unchecked and the world’s forces helpless to stop them, Azeroth looks to its champions to find new weapons that may perhaps turn the tide against what appears to be certain defeat. As a Paladin of high regard, you are chosen to seek out the legend of Truthguard, an ancient shield of Titanic construction.

The journey to find Truthguard will take you across Azeroth, seeking whispers of the long dead for clues as to the shield’s final resting place. You alone are strong enough to claim this Protection Paladin Artifact and to bear it in battle against the forces of Sargeras.

Please note: As you might expect, there are a great deal of Legion spoilers ahead. 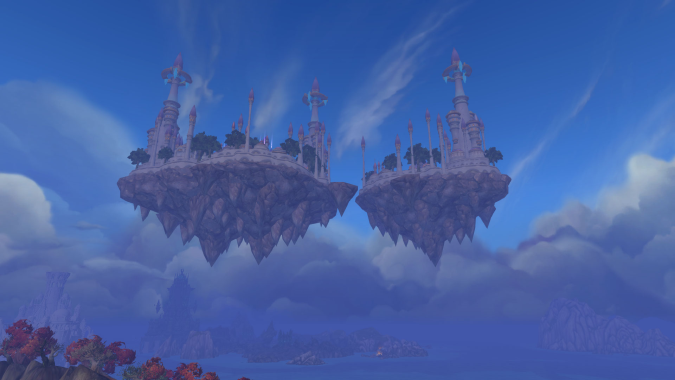 Thank the Light I found you!

After the disaster at the Broken Shore, while in Dalaran you will run into Lord Maxwell Tyrosus. He’ll ask you join a meeting of Paladins at Krasus Landing. Once there, he’ll set you up to go track down one of three Paladin Artifacts (and at this point you have to choose which Artifact to commit to). Once you choose Truthguard, you’ll be passed off to Orik Trueheart, who’s running the investigation into Truthguard’s whereabouts.

Orik’s heard legends of a powerful shield crafted by Tyr that was gifted to a vrykul champion to protect against the lies of Loken. According to Orik’s investigation, a vrykul saga speaks of the possible location of the shield. He wants to go to Shield Hill in Northrend and attempt to commune with the saga’s writer for additional information.

From Dalaran, use the portals in the city to quickly get to Northrend, and then head out to Shield Hill at the southern tip of Howling Fjord. There Orik will be waiting for you with Tahu. You’ll be given the Aura Stone and told to track down the grave of the saga writer, Gorvold the Looter. After the classic WoW trope of choosing the wrong stone twice, the third time’s the charm and you’ll be at the correct stone.

Gorvold is channeled by Tahu, and he immediately gives up the ghost on what transpired. He traveled south to Stormheim where the shield is said to rest, but he couldn’t get inside the shrine that supposedly contained it. Only “followers of Tyr’s path” (seemingly, Paladins) may walk its halls. Well, as a Paladin you’re in luck; the adventure continues. Return to Dalaran and report to Orik, who will assist you in flying to the tiny rock, known as Shield’s Rest, off the northeast coast of the Broken Isles. 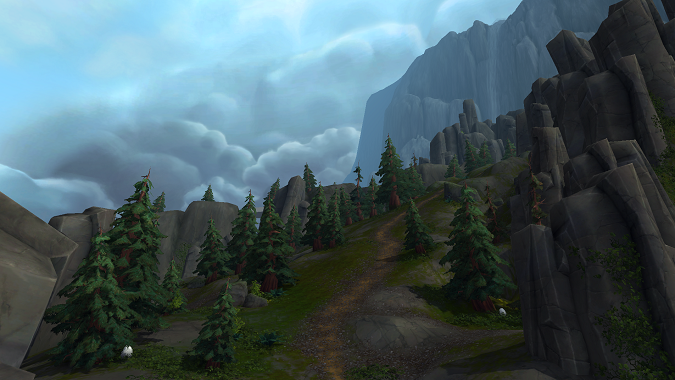 You are unworthy of this place!

Once you land at Shield’s Rest, the Artifact scenario officially begins. First step is throwing down Inna the Cryptstalker, who’s guarding the entrance to the tomb with her dragon.

You are joined in the battle by Orik and Cato, a Holy Paladin. Immediately move in to tank Inna. The combat here’s pretty straightforward, as a hunter she’ll stand in one place and fire away at you. Occasionally she’ll attempt to pin someone down with a large arrow. If you’re hit, you’ll be stunned for about five seconds. Once an arrow’s stuck in the ground, click to pick it up and use the extra action button to throw it at Inna for a nice chunk of damage. Both opponents have a large amount of health, and the arrows help speed up the encounter.

Once both are down, continue on inside the Tomb of the Old Kings. You’re soon greeted by a party of Spectral Tombguards and Champions. Some lightning balls also appear once combat begins. Just AoE everything down, as you’ve been well trained to do in such situations.

Read the glowing stone and then push on to the next chamber. In this room, three Windshapers are throwing tornadoes down the hall, as well as a gentle pushing breeze. Slog your way towards them, dodging tornadoes as you go. Keep an eye on the Windshapers as you push on and you can see which one will be throwing the next tornado down the room in your direction, which allows you to move out of its path preemptively.

After you finally reach the end of the room, jump the three Windshapers and they’ll cease the tornado nonsense. Once they’re dead, Orik and Cato will join you to examine the next stone and then open the door to the final chamber of the tomb. 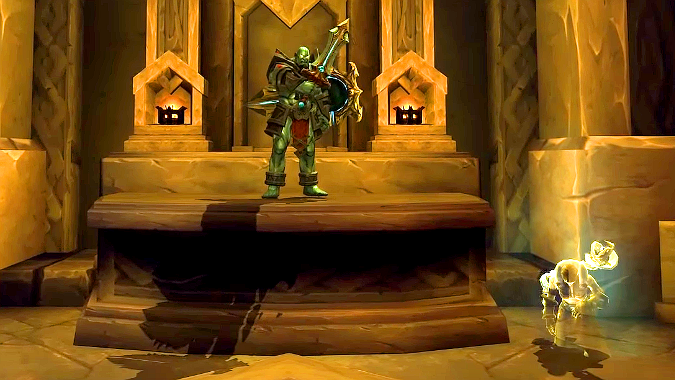 I am the champion of Tyr, we will see if you are worthy to bear his shield

In the final chamber you encounter Yrgrum the Truthseeker, bearer of the mythical shield crafted by Tyr himself. The final phase of the scenario begins as you challenge Yrgrim to trial by combat for the right to bear Truthguard.

This is another encounter that isn’t terribly taxing. You’ll be tanking Yrgrim while his buddy, Griselda the Runeshaper, throws frost spells at you and your party from afar. Yrgrim has two abilities: Penta-Strike — which is just five attacks in quick succession — and Bladestorm. You don’t need to do anything special for Penta-Strike, but lining up your active mitigation with it isn’t a terrible idea to mitigate the damage, and you should just run away from Bladestorm. (Try not to kite Bladestorm into Cato, as funny as that may be.)

Meanwhile, Griselda will be throwing various frost spells at you. Frostbolts are standard fare, followed by Icicle Barrages being fired out in four directions from Griselda — don’t stand in the path of these. Occasionally Griselda will encase himself or Yrgrim in an Iceblock, which makes them immune to damage. Generally just focus Yrgrim, and switch targets when he is Iceblocked away. Once Yrgrim is defeated, the scenario ends, and Truthguard will be on the ground ready to be looted. Pick up the shield and you are the new bearer.

The scenario ends and Orik tells you to return to Dalaran. 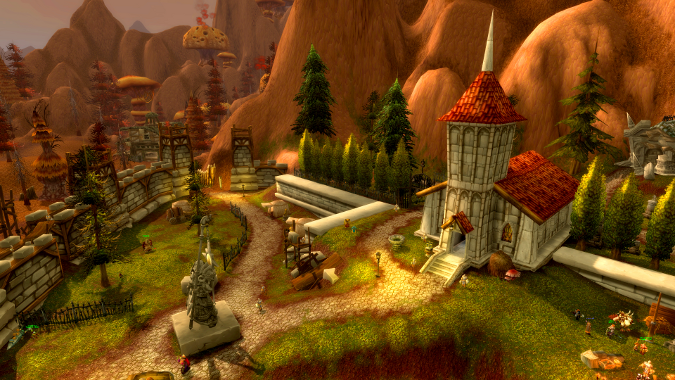 We meet at Light’s Hope

Back in the floating city, you meet Tyrosus, who tells you that it is time to lay Tirion to rest. The old Highlord will be laid to rest in Light’s Hope Sanctum, a hidden chamber under Light’s Hope Chapel. He tells you to head out that way and meet him at the sanctum.

Take the portal to Ancient Dalaran and fly from there out to Light’s Hope. Head down into the sanctum and see the gathered might of the Light in Azeroth. Join Tyrosus and he’ll rally the troops as you make your way to the altar. You will then inscribe your name in the Libram of Ancient Kings and officially take up the mantle of Highlord of the reborn Order of the Silver Hand.

The leaders of the Blood Knights and the Draenic Vindicators pledge their loyalty to your command, and you now lead the strongest force of Paladins in Azeroth. You can now use the spell Guiding Light to return back to the sanctum as needed, and you also gain the title Highlord as a reflection of your new office.

With Truthguard at your side, you are now prepared to serve as the bulwark of Azeroth against the might of the Burning Legion!

Blizzard Watch is made possible by people like you.
Please consider supporting our Patreon!
Filed Under: Artifact, Lightsworn, Paladin, Truthguard, Tyr
Advertisement