Get a closer look at Funko’s Warcraft movie figures 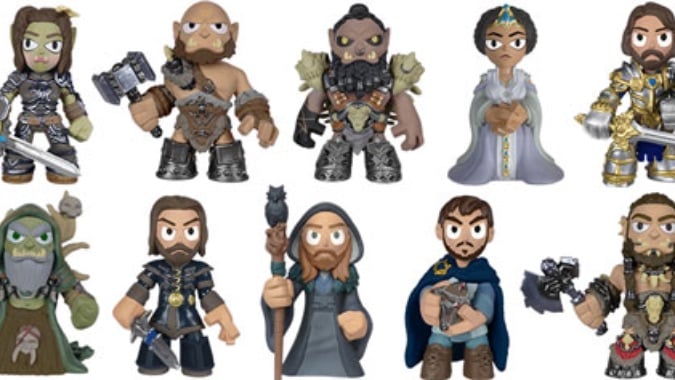 Though we saw Funko’s upcoming Warcraft movie Pop figures at Toy Fair earlier this year, but they’re not all Funko has in store for the Warcraft movie. In addition to Funko’s well-known, big-headed Pop figures for Lothar, Llane, Durotan, Orgrim, and Garona, we’ll also be getting super-smiley Dorbz figures of the same. And if that’s not enough, there are also blind-boxed Mystery Minis including a more complete cast and an oddly adorable Gul’dan figure. (I guess everything’s more adorable in miniature size.)

There’s still a bit of a wait before you can get your hands on these new figures, but not much of one. Expect to see them in a store near you this April. But while you wait, check out images of all  of the figures below.