Apparently Destruction Warlocks will not be testable before Legion alpha freezes over via Frost Mages. That’s fine, my bet of “just before the world ends” is still in the running for when we’ll get to Incinerate on the alpha realms. While we commiserate with Monks over our third untestable spec, this column will take a sidestep to the usual artifact traits and talents fare.

One of the questions I receive is how the Warlock specs are comparing to the specs they’re usually compared to. Affliction is alone for the most part on the Legion alpha as Shadow has changed up its playstyle and though I can tell you what a Fire Mage plays like, I can’t tell you how Destruction compares because it’s not available on the alpha to play. Demonology, on the other hand, now has two similar specs, depending on which Demonology playstyle you prefer.

Of course, the usual warning: this is alpha, where things can and will make this article inaccurate in the future.

Both specs are locked into short cooldowns in their rotations, but Demonology’s currently feels far busier than Beast Mastery’s. Beast Mastery is worried about Kill Command (6.5 sec), Dire Beast (12 sec), and Bestial Wrath (90 sec); otherwise they spam Cobra Shot (instant). Unfortunately for Beast Mastery, it’s not just a matter of cooldown timing, but also a matter of their resource, Focus, which works a bit like Energy. Kill Command is 30 Focus and Cobra Shot is 40 Focus. The level 90 talent tier for Beast Masters also costs 30, 60, or 80 Focus depending on what is picked. 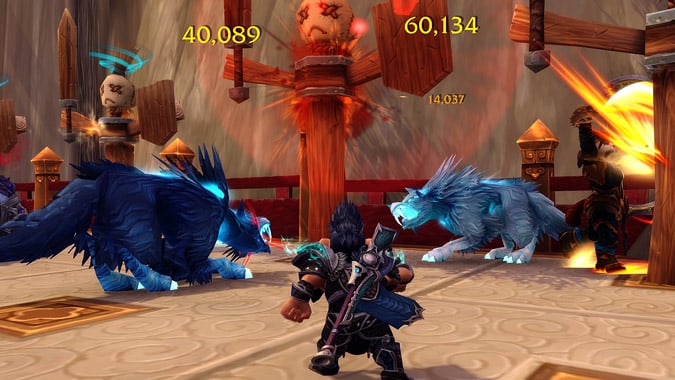 So for Beast Mastery, Kill Command and Dire Beast happen on a regular basis, and Bestial Wrath benefits from cooldown reduction due to Dire Beast, so it also happens more often than the tooltip cooldown. But in the space between, Beast Mastery has just Cobra Shot, which it can’t always fire off because of Focus regeneration or planned future spending. So there are many periods of just waiting and autoshooting for a beat or two that a Demonology Warlock player finds agonizing. The other buttons that Beast Mastery can add to its action bar through talents all usually involve a cooldown of some sort, like Chimaera Shot or Murder of Crows.

Meanwhile, Demonology’s resource is technically Mana first, but the resources that matter are Soul Shards and which demons are on the field. Demonology in Legion works on a generator/spender basis, which means we nearly always have something to be doing. This is a stark contrast from Beast Mastery’s current downtime due to Focus regeneration or cooldown usage.

Both specs have a pet buffing ability — Bestial Wrath or Demonic Empowerment. This ability’s relationship in its rotation is different for the two specs. Bestial Wrath’s cooldown is lowered by Dire Beast which has its own cooldown, but Dire Beast’s cooldown can be reset by the Hunter’s critical strikes. Bestial Wrath is also at the “end” of the main rotational cycle of short cooldowns; you cast enough Dire Beasts to cast Bestial Wrath, and then the process starts over. 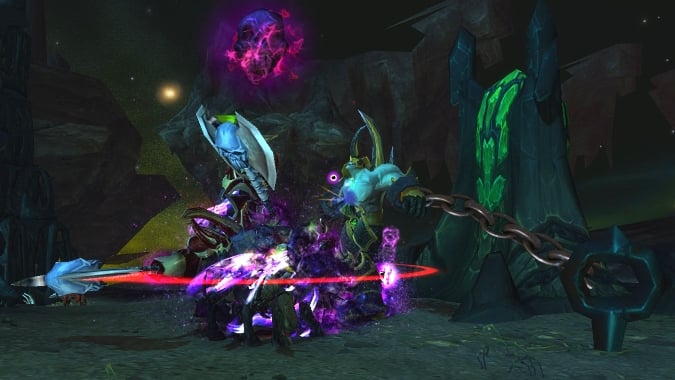 Aesthetically, Demonology also has a lot of baseline demons out in the middle of combat. The number of pets is usually a handful for the Hunter, a horde for the Demonologist. Beast Mastery is just Hati the artifact pet, the primary pet, and one, two, maybe three Dire Beasts out without talenting into Stampede. On the other hand, Demonology can have nine or ten demons out: four Wild Imps, three Dreadstalkers, two cooldown guardians, and one primary controllable demon in a pear tree, not to mention additional Wild Imps from talents.

All together, the fantasies and rotations of Beast Mastery and Demonology are broadly similar but split off from each other fairly easily. Both specs focus on pets, but Hunters prefer a closer bond with fewer pets emphasizing each pet’s damage, while Warlocks are out for chaotic power with as many demons as possible which eventually all feed into the Warlock’s own power. 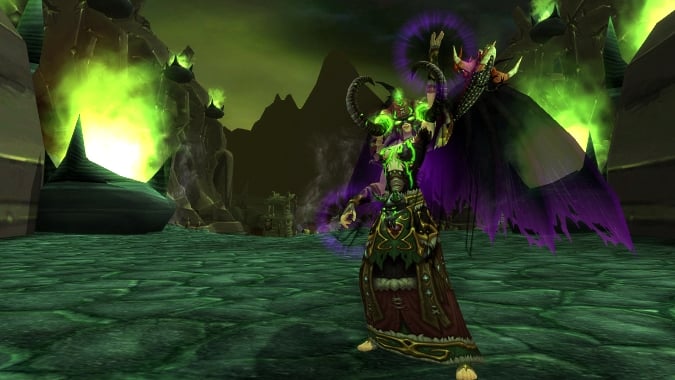 Although the opinion of Metamorphosis as Demonology’s core fantasy is a divisive topic for Warlocks, it’s important to acknowledge that some Warlocks love the current Metamorphosis playstyle. You’ll still be able to play a form of it in Legion — just not as a Warlock. Reading the latest developer comments on Shadow Priests is quite the bout of déjà vu for current Demonology Warlocks. Of course, Voidform is only an iteration on the Metamorphosis cyclical playstyle, not identical to it.

In Demonology’s Metamorphosis cycle, the same buttons used in “caster form” are transformed and used again in demon form. For Shadow Priests, none of the buttons transform into other abilities, but some Void–only abilities activate when you enter Voidform. Both Legion Shadow Priests and current Demonologists build up their respective resources, Insanity and Demonic Fury, by casting various periodic and direct damage spells. Blizzard has learned that letting Demonology generate Demonic Fury on DoT ticks leads to too powerful resource generation, so Shadow Priests get Insanity from DoTs only on casts.

Inside of the special form, the Insanity resource acts slightly differently from Demonic Fury. Both resources drain, but Insanity drains a lot faster. Abilities inside of Voidform don’t cost Insanity but always generate it, whereas abilities inside of Metamorphosis would cost Demonic Fury. Demonology had a limiting factor of higher Demonic Fury cost from its abilities, especially if you chose the Demonbolt talent, so you could only get four casts of Demonbolt off with a near-full Demonic Fury bar. Shadow’s Insanity, however, allows far more casts, especially with the artifact ability that stops Insanity draining for its channeled duration. Shadow also gets a buff from Voidform that increases haste which helps cycle them back into Voidform more quickly than before; Demonology had this a little through multidotting, since we got resource from existing DoT ticks.

The love of casting faster makes the Shadow talent Power Infusion feel like just another Dark Soul, albeit Affliction’s stat. But the most striking similarity is a new change where Void Bolt, a Voidform-only instant cast ability, will refresh the DoTs on the target. Demonology has Touch of Chaos, which extends Corruption on cast, and though extending a DoT is not the same as refreshing it, Touch of Chaos can be used enough in Metamorphosis such that it acts like refreshing.

The only gripe I have with Voidform is that the Voidform button itself acts like Shadowburn. The Metamorphosis button is active all the time, which means a Demonologist can transform at any time. Voidform, however, sits inactive until the game recognizes you’re at 100 Insanity. It’s a familiar occasional problem for Destruction Warlocks where all indications of your user interface say you should be able to press Shadowburn, but it turns out the target is actually at about 20.006% health or the game has not yet received enough combat information, which means the button won’t light up for use until a few casts later.

Voidform currently does this buggy activation occasionally, and I don’t know if it’s a resource rounding bug or an ability bug. Warlocks are familiar with discrete resources that are actually partial sometimes, primarily through Destruction’s Burning Embers resource, but also with Affliction’s expansion-long bug of Empowered Corruption, which instead of an increased Nightfall proc chance, Nightfall procs 1.25 Soul Shards (resulting in every fourth proc is two Soul Shards). Another theory is that the bug happens a lot as if waiting for Mind Blast to come off cooldown or waiting for it to go on cooldown before activating. Either way, I’ve spent a few casts many times at 100 Insanity unable to enter Voidform when I want to because the game hasn’t figured it out yet, and it’s frustrating. It’s the reason many Destruction Warlocks have a /stopcasting macro on their Shadowburn ability, because sometimes you’ve moved on to doing something else when it finally activates.