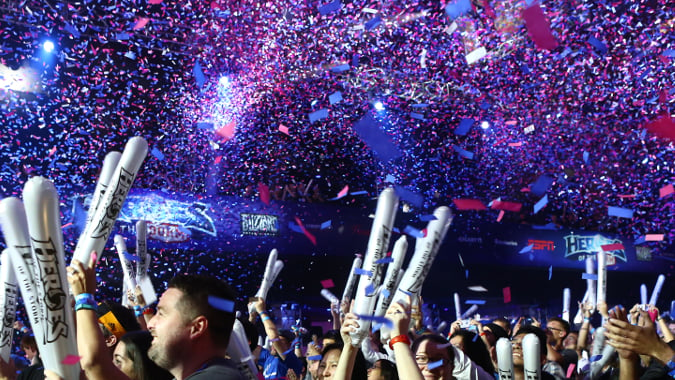 Heroes of the Dorm continues to dominate Heroes of the Storm’s competitive esports news. And why wouldn’t it? It’s a big tournament with a lot on the line for these college students. With free tuition as a prize, this tournament is tailor-made for high stakes drama and nail-biting finishes. Each match is do-or-die for these young competitors.

We’ve made our way down to the last sixteen teams in the Heroes of the Dorm competition. Be sure to double check your brackets before the matches get underway on March 26th at 9am CT on the road to the Epic Eight. Speaking of drama, the sixteenth team is up in the air after team Ambush from Harvard was caught cheating.

The teams Ambush eliminated — Golden Mishas from UC Berkeley and Team Tilt from Indiana — are working with Blizzard, trying to knock each other out before Saturday’s games. You can check the bracket for the results, as those matches won’t be streamed. The Epic Eight will become the Heroic Four starting at 1pm on the 27th. You can catch these matches on the official Heroes of the Storm Twitch and YouTube channels, or on ESPN’s streaming service.

In upcoming match news, the Global Summer Circuit schedule was announced this week. If you thought free tuition was a big prize, how does a total of $1.2 million USD in cold hard cash grab you?

Oddly, even though the Spring Global finals haven’t taken place yet, we’re already seeing qualifiers, with one for EU taking place this weekend on March 26th at 9am CT. The first of the NA regionals will take place at the first Dreamhack event to ever happen in North America, in Austin, Texas on May 6th and 7th. The Summer Global finals will also be at a Dreamhack event, this one in Jönköping, Sweden June 18-21. You can see the full schedule for all the summer regionals here. Expect some smaller qualifying events in the upcoming weeks.

Other than that, it’s pretty quiet this week on the non-collegiate front. Most regions are getting ready for the Spring Global Championships next week, so make sure to mark your calendars.