The Queue: The Tired Man 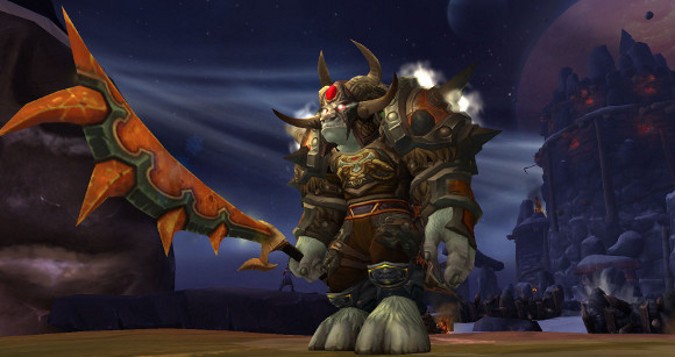 The Tired Man would be me.

I’m frankly exhausted. Let’s do this.

Q4tQ: What professions do you pick on an alt once you have all professions accounted for?  I’ve never had this many alts before, and I’m not sure what I should have them doubling up on.

If you’re looking to level your character a little faster, both Herbalism and Mining give you a little XP bump when you do them. It’s enough to more than offset the loss of grinding XP, especially if you’re questing in a zone that’s resource rich. And if you keep your professions up to date as you level, the mats can generally be sold on the AH for decent to good money since a lot of other people are leveling their alts with crafting professions.

I thought about leveling my sorely neglected Horde alts lately. Then I saw how hard it was snowing when I left my support group meeting tonight. That killed any desire to so much as LOOK at Frostfire Ridge. After the past few Michigan winters, I’m snowed out.

I remember trying to level in Frostfire Ridge while it was -35c outside (-31f for my American brothers and sisters) and I simply could not do it. Even though the house was warm, just looking at Frostfire reminded me of just how ludicrously cold it was outside and my whole body locked up.

So kudos, Blizzard. You made a zone in a video game that successfully conveyed intense cold just by the sights and sounds it presented. And in the process you made a zone I couldn’t play.

So, in reference to the “state of tanking” question today — which I might say provided a very insightful, if somewhat concerning, answer — Mitch wrote this: “with Challenge Modes actually being an alternate to raiding now (and sounding crazy fun)”.  That’s an interesting claim.

Q4tQ: How true is that looking, really?  Or was Mitch kind of jumping the gun based on the claims of Challenge Modes being an alternate?  More pointedly: if my small raid loses steam or does not have enough people to run steadily, will Challenge Modes really be a viable gearing strategy in the absence of raid upgrades?  I plan to do them regardless, because they sound like they’re going to be fun, but it would be nice to know that getting respectable loot out of them at reasonable odds is a possibility, too.

All we really have to base our opinions on the viability of small group content to serve as an alternate progression path to raiding is the BlizzCon panel about Challenge Modes in Legion. They’ve only recently started testing them on the Alpha, and even once they’ve been tested we still won’t really know for sure until the live game has been out for a while and we get to see how many people use Challenge Modes.

That being said, the similarities to Diablo 3’s greater rifts has me hopeful that we’ll get to see Legion Challenge Modes become a staple of small group progression that allows players who enjoy smaller group content to do so.

As for the state of tanking on the Alpha, I’ve done it, and generally I liked it. They’ve recently buffed Protection Warrior rage generation, which was sorely needed for them to be viable. I can’t really speak for other classes than Blood DK or Protection Warrior, though.

Speaking of tanking in Legion…

Yeeeesh… Everything I hear about tanking or healing is telling me to lean heavily into the outdoor endgame, as opposed to dungeons. Even as a guy looking to retire from tanking (to instead DPS in instances) as soon as I confirm that the outdoor endgame is fun and worthwhile, if tanks and healers are going to be “challenged” into unreliability, it doesn’t sound like dungeons are going to be a worthwhile time investment unless one is doing them with a full group of friends.

That’s not necessarily a bad thing, but it’s a thing that will push me and mine, and all of our potential tanks and healers who often queue in groups of less than five, out of the queue for enabling solo queue’ers to get their dungeon fix until the community is padded by multiple degrees of gear access.

Okay, I hope (as you do) that the outdoor endgame activities are awesome and fun and give players a ton of stuff to do. That’s the dream.

But let me just say that I’ve been tanking in WoW since 2004, and it’s gone through so many designs and redesigns over the years. And it’s never been the case that any of those designs made it so onerously difficult that I felt like I had to stop doing it, and I think that if you decide in Legion that you want to tank, then you’ll find that it’s not so bad that it should drive out people who are solid tanks. I’m not even talking exceptional tanks (and yes, I’m an exceptional tank, I won’t pretend I’m not) but simply people who are good enough and enjoy it enough to pick up a heroic dungeon or two. Those tanks are the backbone of the LFG system and I expect them to continue on.

Yes, both tanking and healing are being redesigned to an extent in Legion. And there will be things to learn and adjust to. But I picked up Blood DK tanking almost instantly, and as for Prot Warriors… well, I can tank Prot in my sleep. Challenge Modes aren’t intended for pugging, so don’t let the idea of them scare you off of tanking.

Okay, that’s the Queue for today. Be sure to ask Anne some good questions for the weekend, please and thank you.

Blizzard Watch is made possible by people like you.
Please consider supporting our Patreon!
Filed Under: Tired
Advertisement