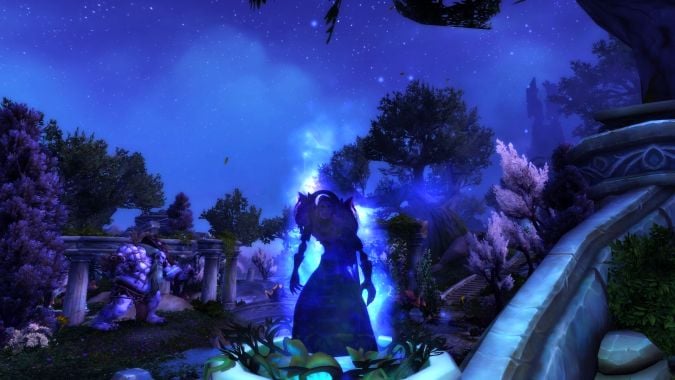 It’s a day that ends in “y,” which means it’s time for more alpha changes to Shadow Priests! And since it’s been many “-y” days since we last talked about changes, we have a lot to cover. We’ve not only seen changes to a number of spells and talents for Legion Shadow Priests, but also the return of mana to our ever-indecisive resource kit. If you saw some of these changes and wondered if they were good or bad, read on! I’ll be taking a look at the changes, and how they’ve affected Shadow’s playstyle in the Legion alpha.

One of the deceptively small changes that probably seems larger than it is has been the return of mana as a resource. Why “deceptively”? Because its return honestly brings mana back to exactly what it’s been throughout Warlords of Draenor: a way to prevent us from utilizing our hybrid nature to heal more than we should.

Right now, the abilities that use mana are Shadow Mend, Power Word: Shield, Dispel Magic, Purify Disease, and Mass Dispel. To be honest, with a cooldown on three of those, it almost felt like overkill to me. Shadow Mend is likely the only one that needed a resource cost, but it’s admittedly nice to have a cut-and-dry rule about which types of spells use which kind of resource. Mana is for utility and defense, Insanity is for damage and offense. It’s also a welcome change over the previous implementation.

Before, most of these had an Insanity cost. At first glance, the Insanity cost might seem like a way to balance the choice of helping defend your group versus helping defeat your enemies. But dig below the surface, and you’ll realize the Insanity cost actually double-dipped on the penalization. Not only were we punished with a loss of Insanity, we were also punished in the time we could’ve spent casting offensive spells. The new mana system means that we still have to decide how we want to spend our global cooldowns, but Insanity remains intact so we can return to melting faces as soon as we help out our lazy healers.

One final benefit to this system isn’t so much a “benefit” as it is a logical mechanic. Previously, Shadow Mend cost Insanity… but only if you had any. How do you heal out of combat if you have no Insanity? The probably-overpowered side to this was that at zero Insanity, you could just spam it with no downside. Discipline Priests? Let ’em heal with Shadow Mend… but only until they’re out of mana. Healer died? Guess the Shadow Priest can just spam Shadow Mend on everyone!

…See where I’m going with this? It needed to change. Using mana to limit utility is an effective (albeit uninspired) solution. 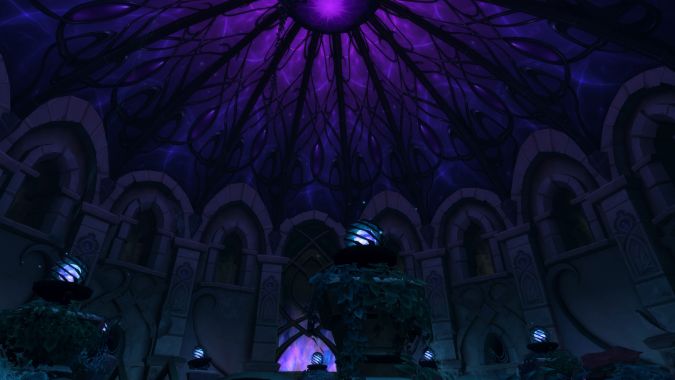 A lot of changes have been made recently, and Celestalon went on a posting spree a few weeks back detailing many of the changes and provided some great insight on existing and future Shadow designs. The whole thing is worth reading in detail, but to summarize the key points, I’ll just go down the line.

Shadow Word: Pain and Vampiric Touch generate Insanity on their initial cast. It’s hard to emphasize just how nice a change this is. I’ve lamented multiple times how it felt weird to not generate any Insanity from DOTs when Shadow has historically been one of the most heavily DOT-based classes in the game. I’ve also, however, discussed why generating Insanity on each tick would just be absurd levels of overpowered for multi-target fights. A one-time generation of Insanity feels like a perfect balance both conceptually and in practice.

Before the changes, I honestly found myself wrestling with multi-target fights. Do I DOT the adds or do I focus on the boss? Crap, my DOTs fell off before I could refresh them! Not worth the cast time; I’ll wait ’til I’m out of Voidform. It felt conflicting, complicated, and not especially fun. The new system flows much better and DOTs feel like they have the right amount of emphasis again.

And speaking of DOTs, Void Bolt got a nice adjustment, refreshing the full duration of our DOTs rather than just adding a few seconds onto them. I’ve had less time to play with this change across multiple settings, but in theory it’ll give us more time to nuke and generate Insanity on single-target fights, and an easier way to balance multi-DOTing on multi-target fights. While the old system felt fittingly chaotic, it was almost too much so. Again, another solid playstyle change that fixes mechanical oddities without providing too significant a buff. 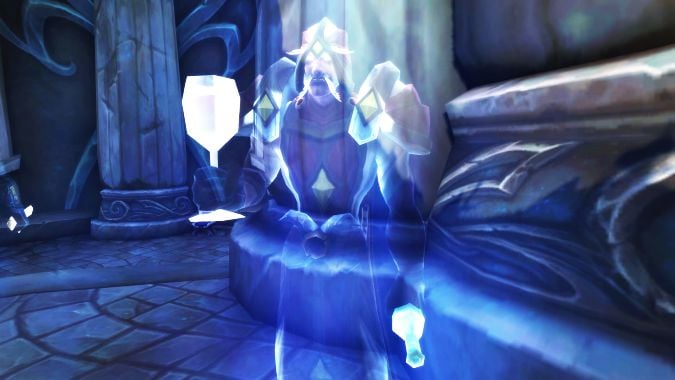 Once again, some of our talents have received an overhaul. Let’s start with the crowd favorite, Surrender to Madness. As discussed before, this is a niche talent — to the point where I worried it may not be worth taking. Recently, though, it’s been given a change that may tip it in players’ favor. While in Voidform, you are able to cast while moving. I think I just heard an Elemental Shaman clutch Lightning Bolt and cry in the distance. Why is this such a big deal? In ideal conditions, you can get up to ~90 stacks of Voidform with Surrender to Madness. Do you know what stops conditions from being “ideal”? Literally any kind of movement whatsoever.

With this change, Surrender to Madness has a higher chance of providing us with up to a minute-and-a-half of huge damage increase. For comparison, standard Voidform states last ~25 seconds or so. What’s more, this is entirely within the design intentions for Surrender to Madness. Depending on fight length and the availability of combat resurrections, this change puts Surrender to Madness in the running for level-100 talent of choice. Even if not every encounter is fit for it, the fact that it’s a viable option makes me happy; this spell is incredibly unique and deserves it’s time to shine in the light… err, murk in the shadows? It deserves attention.

Blizzard appears to have caught a case of Insanity, because the talent changes didn’t end there. Both of our other level-100 talents received big changes as well. My personal favorite? Mind Spike. Previously, it served as a replacement for Mind Flay that provided a little more nuking and — for COP lovers — a more familiar playstyle. It still replaces Mind Flay, but it’s received an added bonus worthy of a final talent tier: it now leaves up to 10 spikes embedded in the target’s mind, detonated upon a Mind Blast cast. This detonation will cause each to deal an additional 200% of their original damage. Yes, it’s an awesome change.

The sole complaint I have is that it feels odd in the standard rotation. While different Haste levels will undoubtedly affect this, Mind Blast typically comes off cooldown when Mind Spike is only at 5 stacks. Now, the possibility of banking 10 stacks until you have all the damage buffs is intriguing and lends itself to some intense burst damage potential; however, most of the time this isn’t the case and there’s an awkward internal struggle of, Is it okay to use Mind Blast now? It’ll be interesting to see if the final iteration continues to cap at 10 stacks or if a change is made to make it consistently worth banking more stacks.

Lastly, there’s Legacy of the Void. The adjustment to this talent is the simplest but also the largest; instead of Mind Blast increasing the damage of our next Shadow Word spell, we may activate Voidform any time we have 60 Insanity or more. This change is good in its own right but seems to have the potential to shine on fights with multiple and/or extended execute phases if you choose the Reaper of Souls talent, since that one allows us to get Insanity via Shadow Word: Death even if the target doesn’t die.

All in all, the changes to our level-100 talent tier are promising. Surrender to Madness still remains niche but with heavily increased viability; Mind Spike is more interesting and a solid choice overall; and Legacy of the Void is somewhere in between the two, shining on execute fights but still useful everywhere else. Assuming tuning is done correctly, our final talent tier is going to offer comparable talents that each have a niche for min/maxers but still function powerfully as default choices across most fights. Once again, I’m impressed and very satisfied with Blizzard’s tweaks to Shadow; they seem to have a playstyle in mind and all spell changes thus far are effectively working toward that vision.

Like a dinosaur plushie lain to rest, this month’s Shadow discussion must now end. (Yes, that segue only exists so I have an excuse for that header.) We’ll be back next month to talk about more changes and — if Shadow’s current trajectory continues — they’ll be positive changes!