The Omnic Crisis left the world in a semi-chaotic state, but it was a period of history filled with hope for the future, thanks to the efforts of the Overwatch team. Still, that didn’t mean that the world was automatically a wonderful place to live — all over the world, the effects of the Crisis hit hard. Cities were devastated, populations were displaced, and the global economy, once monitored and carefully maintained by the omnics, was shaky at best. But the Crisis paved the way for new companies to rise up and take charge, creating what many thought would be a bright and hopeful future for the world.

Unfortunately, it seemed like that bright new future didn’t apply to everyone — in the case of Roadhog, it meant being displaced from the land he fought to hold on to during the Omnic Crisis. And in the other areas of the world, corporations preached community improvement, and instead brought something very different to the table.

One of these companies was the Vishkar Corporation. A multi-national corporate entity based in southern India, Vishkar focused mainly on architecture and housing. After the Omnic Crisis, India’s population was largely displaced, and needed new spaces to live. The Vishkar Corporation had a pretty jaw-dropping solution to that issue, utilizing advanced technology, and some of the brightest minds the world had to offer.

Why was it so jaw-dropping? The Vishkar Corporation had developed a technology called “hard-light” — which essentially created physical objects using nothing more than a light source. If trained correctly, those that were capable of manipulating hard-light technology — called “architechs” — could use this hard-light technology to literally form cities, utilities, and individual homes in the blink of an eye.

But architechs weren’t easy to come by. To facilitate the training process for this unique skill, the Vishkar Corporation developed an institute devoted to training students in hard-light manipulation. This institute, called the Architech Academy, actively looked for people with the potential for hard-light manipulation and trained them with the ability to pull it off. 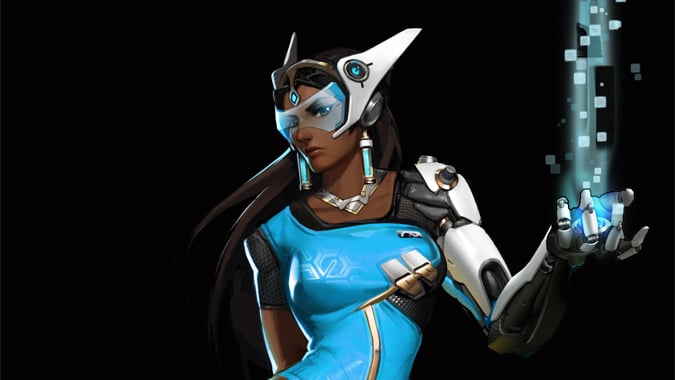 Satya Vaswani was identified as someone with that potential, and was subsequently plucked from a life of extreme poverty and placed in the Academy — never to return home. Isolated and lonely, Satya threw herself into her studies and quickly picked up the applications of the technology, weaving hard-light manipulation with something more akin to a dance than simple mechanical construction. As a result, she was one of the top students in her class.

And her efforts were rewarded — Satya was one of the top architechs for Utopaea, a new city for India’s displaced population. Between one moment and the next, India suddenly had a fully-functional city capable of sustaining its people, thanks to the work of Satya and her peers. But that wasn’t the end of Satya’s work.

The Vishkar Corporation saw how skilled Satya was with hard-light technology, and decided to give her a different kind of assignment. Dubbing her “Symmetra,” they sent her on clandestine missions around the world — specifically to uphold the corporation’s interests, and expand its influence. While Symmetra, a fan of order and control, dutifully carried out her tasks as ordered, there was a part of her that wondered if the version of control and order that Vishkar wanted was really in the best interests of humanity. 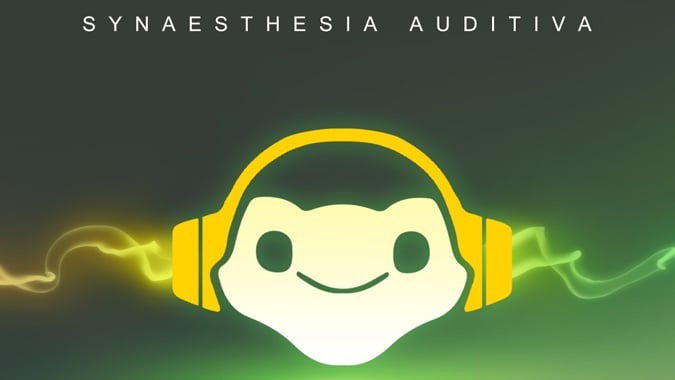 In Rio de Janeiro, there were those who were wondering exactly the same thing. One of those people was Lúcio Correia dos Santos, a young man who grew up in a poor and crowded area that was hit particularly hard by the financial troubles that rocked the world after the Omnic Crisis. Lúcio didn’t have a solution for the troubles that plagued his home, but he had a gift for music — and he decided to use that gift to at least lift the spirits of those around him and bring the community together, let them forget their troubles for even a little while.

But those idyllic moments spent performing on street corners, block parties and underground shows weren’t going to last. The Vishkar Corporation moved its efforts worldwide, and secured a contract to redevelop parts of Rio de Janeiro, promising that the development would improve the lives of everyone in the city. Yet instead of improvement, Vishkar went about the usual process of order and control — by instating curfews, coming down hard on anything the company perceived as “lawless behavior,” and exploiting the general populace as a labor force.

Lúcio wasn’t about to let the Vishkar Corporation have its way, and decided to indulge in a little “lawless behavior” of his own by stealing some of Vishkar’s sonic technology, technology that had been used to suppress his people. He took that technology and fashioned it instead into a tool to rally people into action — and rally they did, in an uprising that drove Vishkar right out of the neighborhood. No longer an underground performer, Lúcio rocketed to stardom almost overnight, a symbol for unity and positive social change. 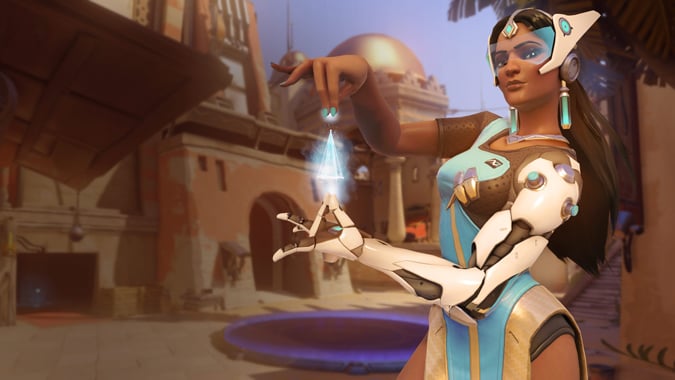 Even though both Lúcio and Symmetra are involved with the Vishkar Corporation, it’s unclear if the two ever crossed paths — although given the global nature of Symmetra’s assignments, it’s more than likely that she made some kind of appearance in Rio de Janeiro. While Lúcio is clearly on the side of the “good guys,” Symmetra’s place is a little less clear. She’s working for a corporation that doesn’t appear to have the best interests of the world at heart.

Or maybe it does, but it goes about those interests in the wrong way, trying to simply impose order rather than establishing any kind of global unity. Regardless, it doesn’t seem like Vishkar has any truly evil intentions, certainly nothing along the lines of organizations like Talon. Vishkar simply wants to establish order in the world, an order of their own envisioning.

It’s a little ironic, given that Overwatch was dismantled in part because of accusations of corruption and mismanagement, as well as human rights abuses — the same kinds of things that the Vishkar Corporation appears to be embracing. It makes one wonder just what the Vishkar Corporation is really after…and if they’re working for purely altruistic purposes, or in conjunction with organizations that also wouldn’t mind dominating the world.

Although the story of the Vishkar Corporation isn’t as clearly tied to the overall tale that Overwatch seems to be setting up, it gives us another glimpse into a world that’s still struggling to pull itself together, more than thirty years after the end of the Omnic Crisis. The world desperately needs some kind of order, some kind of hope — Symmetra and Lúcio offer each in kind, but how exactly the world chooses to move on from here is a story that waits to be told.