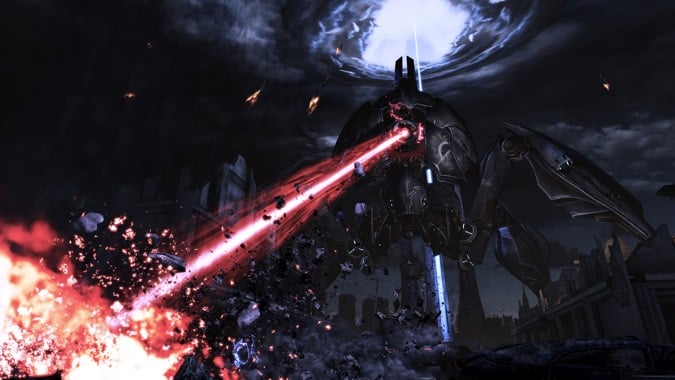 This week on Swords and Shields it’s time for the very end of Mass Effect 3. Yep, we’re talking Priority: Earth.

It’s time to bid a fond farewell to the Mass Effect trilogy as Mitch wraps up Mass Effect 3. While there was plenty of outcry over the ending when the game was first released, both Anne and Mitch found it pretty satisfying. That just leaves me, the only one of us who played the game when it was originally launched, to talk about how I wanted to throw my Xbox out a window at the end.

So join Anne, Mitch, and myself in talking through our feelings about how this trilogy wrapped up — and how the ending has changed since release. You can listen along via SoundCloud below. (And, yes, we’re still working on getting it up on iTunes, with other streams to follow!) If you’d like to play along with us, the whole Mass Effect trilogy is pretty affordable, whether you play on PC, PlayStation, or Xbox.

So what’s next for Swords and Shields? Anne and I have lured Mitch into starting Dragon Age: Origins so we can do another BioWare playthrough — so we’ll be back in two weeks to see just what he thinks of the very first Dragon Age game.