Tirion Fordring had … nothing. After witnessing the death of his son, he was left with no family, the town he once governed was overrun by Scarlet Crusade, and the organization he once pledged himself to was gone. So Fordring vowed to renew the Silver Hand as a force of good in the world. He wouldn’t allow his son’s death to be in vain. The Scarlet Crusade wasn’t the only remnant of the original Silver Hand in Lordaeron, however.

Members who thought the founders of the Scarlet Crusade were just a little too zealous and fanatical decided to part ways with their former comrades and form an organization of their own. Also dedicated to eradicating the Scourge, the Argent Dawn didn’t have the same prejudices as the Crusade — they allowed anyone to join their ranks, not just Humans.

And when Fordring had nothing left in his life but his faith, it was only natural that he head to Light’s Hope. 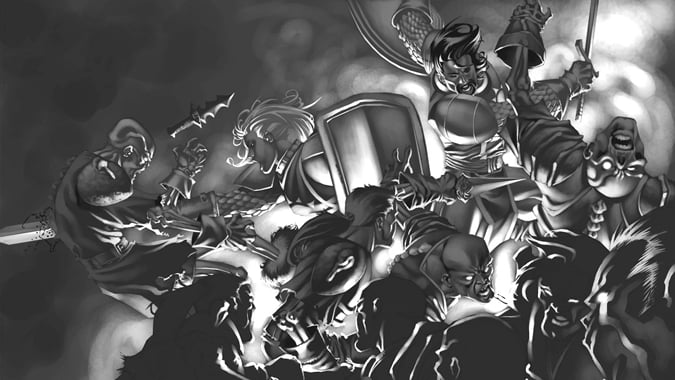 Together with the Argent Dawn, Tirion was able to do what he wanted to do — be a driving force for good in the world. Where the Scarlet Crusade blindly attacked anyone even suspected of carrying the plague, or being a Forsaken sympathizer, the Argent Dawn took a much less zealous path. They researched both the plague and the Scourge, making sure they were fully aware of their enemy before trying to take them down.

And the Argent Dawn needed the Scarlet Crusade, even if they didn’t care for their methods. The forces of the Scourge were a constant threat in the Plaguelands, as was the ever-looming threat of Naxxramas, Kel’Thuzad’s citadel. Although an attempt was made to destroy Naxxramas, that attempt ultimately failed and the citadel disappeared, presumably back to the icy peaks of Northrend. 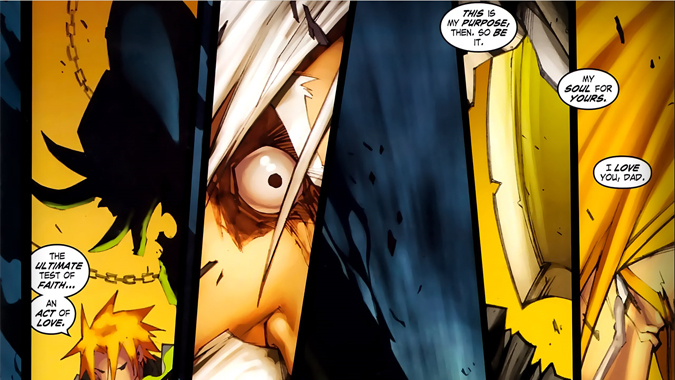 Darion Mograine and the Ashbringer

When Acherus later moved to the Eastern Plaguelands, the Argent Dawn realized the fight against the Scourge was far from over. And when Tirion Fordring saw who led the ranks of the Death Knights, he likely felt at least a small twinge of guilt — for it was Darion Mograine, son of Alexandros the Ashbringer. Why the guilt?

Because while Tirion was cloistered away living as a hermit in the Eastern Plaguelands, Darion had come to him with the Ashbringer, Alexandros’ famous weapon and namesake. He’d retrieved the weapon from Naxxramas, where he’d made the horrifying discovery that his father had been corrupted and turned into one of the Four Horsemen. After escaping with the blade, Darion realized his father’s soul was still trapped within the Ashbringer.

Tirion had little to say to Darion, at first. But eventually, he told the boy that only an act of love greater than the act of evil that killed Alexandros could save his father’s soul. Darion took that to heart — literally. In a battle against Kel’Thuzad, Darion plunged the Ashbringer into his own chest, freeing his father’s spirit, and the spirits of a thousand vengeful knights while he was at it.

Darion sacrificed himself to free his father’s soul — and took his place in the ranks of the Scourge in the process. 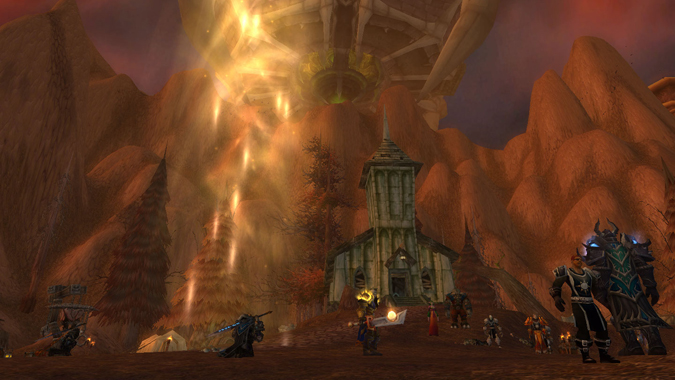 The Light of Dawn

Tirion was too late to save Taelan — there was no bringing back his son from the dead. But maybe it wasn’t too late for Darion’s soul. When the Death Knights of Acherus struck at Light’s Hope, Tirion leapt into the fray. Although the battle appeared to be lopsided, Tirion and the Argent Dawn had the souls of a thousand knights — the souls that Darion freed — working on their side. With the power and strength of the Light backing them all, Darion and his Death Knights were quickly subdued.

Fordring tried to convince Darion of the truth, that the Lich King had set them up and sent them to die. And in those thousand souls of knights that had been freed, one stepped forward to address his son, showing him a vision of the past. A vision in which young Darion told his father he wanted to fight the undead — and while Alexandros proclaimed him not quite ready, he reassured the boy that when the day came, he would wield the Ashbringer, and Lordaeron would be a better place for it.

Just as it seemed Tirion’s words and Alexandros’ vision were making some headway, the Lich King arrived, and the truth was revealed. The entire battle was in fact a setup — a ruse to bring Tirion Fordring from hiding and leave him exposed. Furious, Darion lashed out at the Lich King, who swatted him down without a second glance. The Lich King had no interest in Mograine. He knew Fordring was a powerful force for the Light … so powerful he would likely make an excellent addition to the ranks of the Scourge.  But before the Lich King could destroy Tirion, Darion made a choice — he threw the Ashbringer to Fordring. 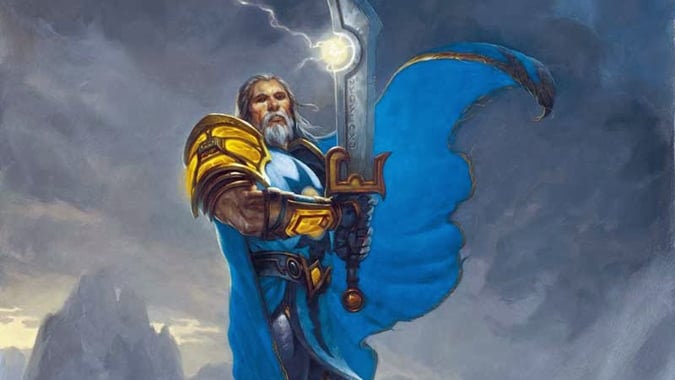 Maybe it was the souls of those thousands knights that did it. Or perhaps it was Fordring’s unshakable faith, a faith reignited a thousandfold after the death of his son. But whatever it was, it did what many thought was impossible — it cleansed the Ashbringer of all corruption, returning the weapon to its former glory. In the right hands, the Ashbringer was once used to cut down swaths of undead in a single blow, leaving nothing but ashes in its wake.

And in Tirion’s hands, it struck a blow that actually managed to do the unthinkable: wound the Lich King. Shocked, the Lich King beat a swift retreat, leaving Darion, Acherus, and the Death Knight forces behind. Presumably he hoped the Death Knights would then be slaughtered by the Argent Dawn. But Tirion healed Darion, and allowed him to rise to his feet unharmed.

Tirion Fordring knew the Lich King’s appearance heralded the second coming of the Scourge. And he knew that it would take a mighty force to bring Arthas down. So he called for a union between the Argent Dawn and the Silver Hand. United, they would to bring the cleansing power of the Light to Icecrown Citadel itself, taking the fight to Northrend as the Argent Crusade.

Upon Fordring’s declaration, Mograine vowed to do the same with the Knights of the Ebon Blade. Darion knew he could never truly be redeemed — there was no cure for undeath. There was no returning to life. But even so, he could devote his pursuits toward a noble cause, and bring the Lich King’s defeat. He would never wield the Ashbringer as his father had said. But he could do his best to ensure that the legacy of Alexandros Mograine lived on, untarnished.