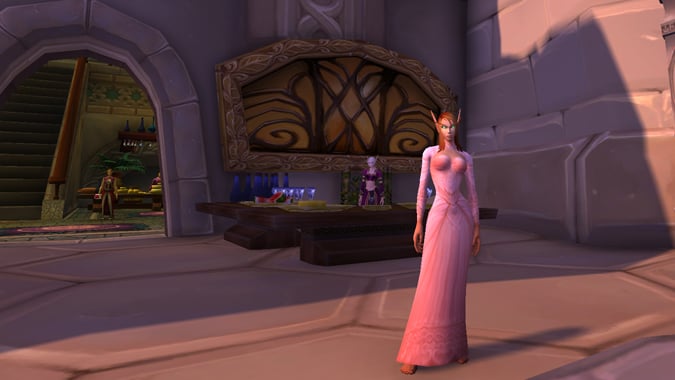 Sure, we might have gotten Demon Hunters yesterday. We even got the Broken Shore scenario, and a pile of demonic invasions on top of it all. But one of the other Legion features released with yesterday’s update and the addition of the Broken Shore was the introduction of a new level 100 boost experience for players. Unlike the old boost experience, this version actually takes the time to explain your class to you and teach you the basics of playing it at level 100.

I just happened to have a recently restored level 80 Paladin with no armor, no weapons, and nothing more than a few Nagrand Cherries and a Blood Knight Tabard in her otherwise threadbare pockets. So in the interests of attempting to re-learn how the heck to play a Paladin, I tested the feature out and made a short video of the process.

First reaction — man, they shove you in the action right away. Instead of wandering through Tanaan Jungle with the level 90 version, you’re on an airship high above the Broken Shore. Unlike the Tanaan experience, the new boost has an NPC that patiently explains and introduces your abilities to you one by one, and has you test them out on a convenient training dummy. She didn’t go through every spell a Paladin has in their toolkit — that would take forever — but she outlined the basic spells needed to go out and start vanquishing foes in the name of the Light.

After playing through it, I may not quite understand everything there is to know about playing a Paladin — I haven’t played one since Wrath, after all — but I’ve got enough to cover the basics. There are a ton of spells in my spellbook that I still need to check out, but I’m not going to die from lack of knowledge. And my Paladin now has three armor sets in her bags, along with some rations and gold…although I’m guessing that the demons of the Broken Shore aren’t really interested in bribes.

Note that this is the exact same experience you play through if you decide to use a class trial to test out a character before choosing to play it. You get the ability introduction, you play through the Broken Shore scenario, and then you choose whether or not to keep the character. Class trials do not appear to be implemented on live just yet, so if you’d like to try out a class before using your boost on it, I’d recommend waiting until Legion is released at the end of the month.

It’s a much smoother introduction, particularly for players who have forgotten how to play a class. It’s also pretty short, which means you aren’t waiting too long before you’re hopping into the fray and getting to the good stuff. All in all, it’s a much better, more streamlined experience.