Hearthstone’s One Night in Karazhan: Prologue and the Parlour guide 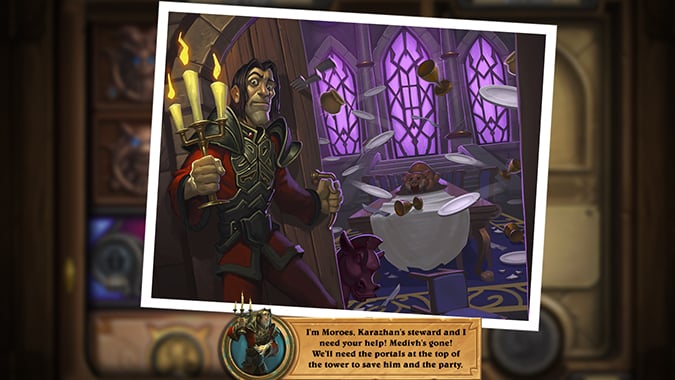 With Hearthstone’s One Night in Karazhan officially released, we can start ascending the tower in order to reach the top to help retrieve Medivh! If you haven’t yet had an opportunity, check out our full adventure primer and the list of all expansion cards. There are no new mechanics being introduced in this adventure (aside from cards like Curator which interacts with a Beast, Dragon, and Murloc cards).

The first wing consists of three encounters with the last boss being a spin on the popular Chess encounter from the old World of Warcraft Karazhan raid. Go ahead and give this adventure a shot on your own first. If you need help, check back here for a guide along with a few recommendations.

Tip: When building your deck, remember to toggle your deck type to Wild. You do not have to use exclusively standard cards to beat these encounters. 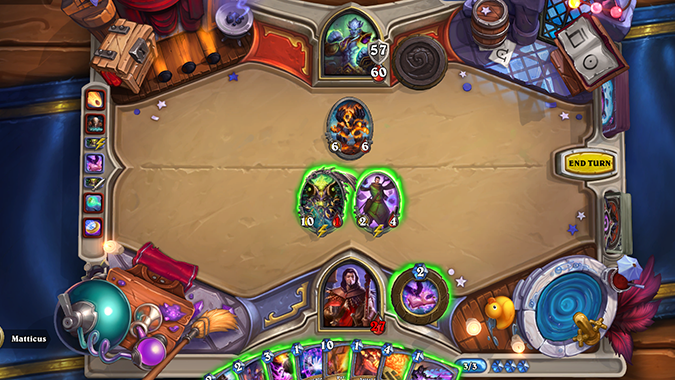 As you can tell by the screenshot above, I lucked out tremendously with my Astral Portal. It pulled out a Y’Shaarj who in turn fetched me an Archmage’s Apprentice (because the Apprentice is the only minion I have in the deck). Going into turn 3 with an Archmage’s Insight allowed me to go off and almost empty my whole hand while simultaneously refilling my deck.

Most of you might not have the luxury of landing Y’Shaarj or a Wilfred Fizzlebang, so I can’t provide legendary specific tips. Focus on using your hero power when you can because you can easily provide yourself with a powerful card advantage over Malchezaar. When you reach the point where you think you’ll be overwhelmed by the numerous heavy demons being summoned, combine your Arcane Power and Arcane Explosion to clear the board and provide yourself with some much needed breathing room.

The Apprentice plays a strong role in the deck. You’ll want to try to get copies of cards like Arcane Power, Archmage’s Insight, Astral Portal, Pyroblast, and Fireball. The rest of the cards are okay but those ones listed are a definite priority.

Sometimes you’ll get lucky and Malchezaar will do something dumb. But if you’re like me, you’re never lucky. 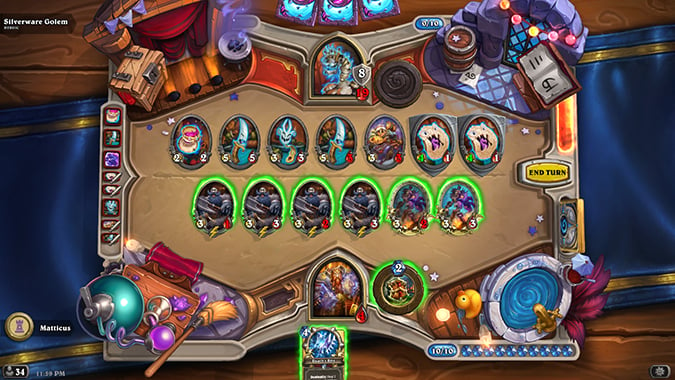 The first encounter in the Parlor is against a boss who can overpower and overwhelm the board quickly with the ability to make minions with Be Our Guest. No matter which class you decide to use, pack in the AOE. On normal, I used a Tempo Mage deck that jumped to a solid early win. Arcane Explosion, Blizzard, and Flamestrike helped control the plates. You can rush him down fairly quickly early on.

Among the Silverware Golems minions, Cups are the biggest threat and should be a priority to remove. Knife is just annoying because all of his plates will gain taunt. Set the Table buffs both the attack and health of all the plates. Pour a Round can catch you off guard and refill his hand.

On the heroic difficulty, Be Our Guest summons not one but two 1/1 plates. I changed gears with this one and switched over to a Grim Patron Warrior deck. I recommend using Brian Kibler’s list because you can use it on both Silverware Golem and Magic Mirror. If the Warrior deck was a sports team, your Grim Patron would win MVP of the year, followed by Armorsmith winning best defensive card of the year, and Protect the King! easily taking the rookie of the year. 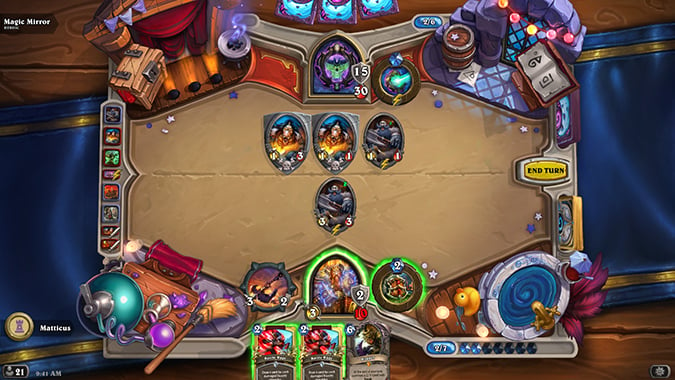 Magic Mirror’s burns can cut deep into even the most thick skinned of adventurers. He called us ugly! No way we’re taking that laying down especially as Magni. The Mirror’s hero power on normal is Reflections which summons a copy of any minion played.

I opened on normal mode with Warlock Zoo, and cruised to a win easily because I was able to bring in value minions (especially ones with Deathrattle). Packing decks with frequent board clears is another way to go about it. Doomsayer, Explosive Sheep, and Abominations will do the trick. If you want to try another crafty strategy, you can also go for the milling approach with cards like Gadgetzan Auctioneer and Cult Master.

On heroic, I used the exact same Warrior deck as the one above for Silverware Golem. The Mirror’s hero power changes because every time you play a minion, it’s the mirror that gets a 1/1 copy.  Be very careful especially with cards like Armorsmith because you might inadvertently give the Mirror even more armor and effective health. Order of operations will matter here. I’m sad to say that there have been a few times where I dropped an Armosrsmith first before playing a Ravaging Ghoul, allowing the Mirror to gain that extra armor. Once you drop Baron Geddon, the game’s practically over. 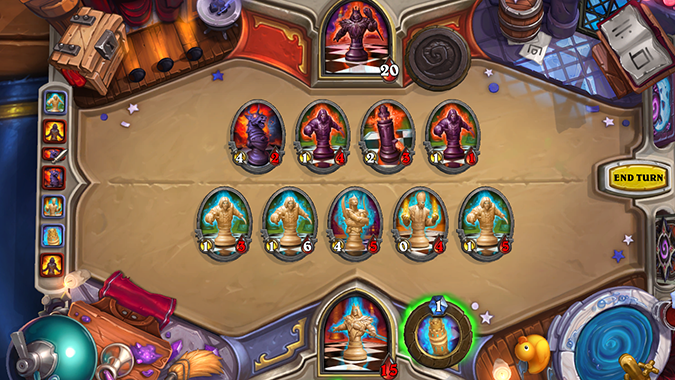 This is going to ruin my street cred because I have a confession to make — it took me a few days to beat Heroic Chess. (By which I mean 177 tries later.) I kept getting the Black King down to 2 health or 3 health or some low single digit number before I ran out of steam and pieces. This is one of the few encounters in the game where I can’t simply just buy my way to a win by dropping legendaries and powerhouse decks against it. No sir, I have to actually think.

Though there’s a lot of randomness to this encounter, you’ll want to try to position your pieces in such a manner that they’re between the Black King’s pieces. It gives your pieces two targets to attack instead of just dealing damage to the one piece directly across from it. You might even want to consider passing on the first turn and letting the Black King make the first move. Try to move your pawns left as needed in order to protect your White Queen and White Rooks. In fact, if you move your weakened Pawns to the left, you can usually “bait” the Cheat ability. Move your White Bishops as needed to protect and heal your pieces as much as possible. If you have your White Knights available, I recommend saving them and using them immediately against Black’s Bishops to prevent any healing.

The ideal board state you want to reach is where you can routinely clear the board (or reduce their board). If Black’s Queen hits the board, you need to remove it the same turn (usually with your own Queen and Rook). If you can’t, the momentum will shift against you. After that, try to keep your Queen on the far right to start dealing damage to the Black King directly. Keep her alive as long as you can!

Like Malchezaar, this matchup needs an element of luck. You want to try to draw and play your White Queen before the Black King does. Try to station her to the far right so she can get as many shots in against the Black King as possible.

Alright, over to you adventurers! What classes or decks have you used to defeat these encounters? I want to know what you players are using to storm the tower.

Blizzard Watch is made possible by people like you.
Please consider supporting our Patreon!
Filed Under: Chess, Karazhan, Magic Mirror, Moroes, One Night In Karazhan, Prince Malchezaar, Silverware Golem
Advertisement