The Queue: I refuse to answer questions that aren’t about Karazhan 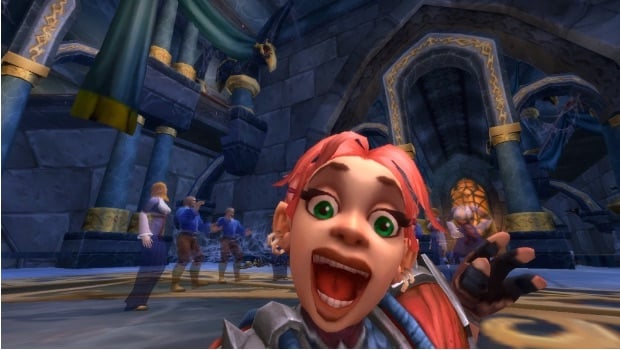 Even without (much) Karazhan, let’s dive into today’s questions.

How important is ilvl going in to Legion? Should I be concerned with getting invasion gear for alts or is the early gear going to replace them fairly quickly?

Liz: If previous expansions are any indication… you’ll probably replace these fairly quickly. The weapon you’ll replace in your first hour or so of gameplay. So… farming up these invasion ilvl 700s will get you off to a good start when you’re diving into Legion content for the first time, but I’m pretty certain you’ll replace all of the gear before you’re done with your first zone.

Mitch:  Like Liz said, Artifacts will replace whatever weapon you have and start at 750. This chart is a good idea of where item levels will be throughout questing, keeping in mind that 1) this chart is for rares, so most quest rewards will be slightly lower but also 2) stuff can always proc better ilvl. No clue what item level will drop in Karazhan, unfortunately.

Liz: I’m personally expecting Karazhan to be a ways out.

Mitch: If it’s 4-5 months between raid tiers, and Kara comes with a mini-raid to bridge the gap, I’m expecting 2-3 months after release.

So what’s your opinion on Legion campers – you know, the people who fly into Westfall and sit at the top of the tower, watching the battle but not actually participating. Should people who don’t participate in the battle not receive the rewards? (ie: the chests) Or should people who contribute more per/minute (as in they are hitting buttons against demons more per minute than others) get increasingly better rewards?

Liz: I definitely think you should have to do something to get chests and XP when the phase ticks over. Blizzard significantly chopped the XP given for players in the zone when the phase ticked over while increasing the XP for actually fighting mobs… but the incentives for active participation still feel pretty low. If you’re a max level trying to get gear — especially non-purchaseable weapon drops — there’s no reason to do anything other than sit in a zone and collect chests. You get no more and no less than someone actively fighting demons. If you’re trying to level, the XP rewards for fighting are considerable now… but only if you’re soloing. if someone else taps a mob you’re fighting or you’re in town fighting a group, the XP is negligible. You do get more Nethershards by actively fighting demons, but it also feels like there are a limited amount of purchasable rewards for shards — I, for one, already have everything I want. I’ve been leveling a few alts through invasions and have to admit I’m already getting invasion fatigue.

Mitch:  I am of the very strong opinion that is, “Meh.” It’s a limited-time world event that rewards gear which will be replaced in a few weeks anyways. If there were more things that required Nethershards (like the pet) and speedily completing invasions helped farm shards significantly faster, then sure. But as it is, I’m not really bothered by the fact that players get roughly the same rewards for participating in whatever ways they want (even if that means not really participating). The invasions still get done, and there are so few rewards that I find it hard to believe anyone actively participating would have any difficulty in collecting everything they wanted to. Yeah, sometimes it sucks to know you’re doing all the work while other slack, but it’s a short-lived event. I say enjoy it for what it is and don’t let its shortcomings get to you.

q4tq I just boosted my undead mage to 90, should I do horde warlords or legion invasions… note I have done warlords on 4 alliance toons, haven’t played horde in years past 35.

Liz: I honestly think the leveling experience in Warlords is the best thing about the expansion and if you’ve never done it before I’d say it’s worth doing once. You’ll probably find invasions faster… but they also get repetitive pretty quickly. So it just depends on your boredom threshold.

Mitch: Definitely do Draenor. Depending on a few factors (do you have flying, do you use HandyNotes for treasures), it will actually be a lot faster. I was halfway through 98 last night on an alt and decided to say “screw it” to invasions. Took me about 25 minutes of flying through Spires to hit 100. That’s faster than invasions would have gotten me there by a lot.

Liz: On which note my Death Knight alt just hit 90, mostly via invasions. (I only rolled it last weekend.)

Mitch: Go get HandyNote_DraenorTreasures and fly around collecting treasures.

The Hearthstone Karazhan expansion and 7.1 are awfully close together. Could there be any crossover content in the raid?

Liz: We don’t actually have a release date for patch 7.1 yet, and since Blizzard has commented that they don’t want such big content gaps, it may well be that we won’t see 7.1 for a while after Legion launches… which I personally think is the right way to go. The next wing of Hearthstone should out shortly after this Queue goes up and then we have two more, which would put the last wing out at the beginning of September. If we have a couple of months before the Legion patch, I don’t feel like we’re rushing into it.

Mitch:  I guess it depends on what you mean by “crossover” content. I wouldn’t be surprised to see a few nods here and there to the Hearthstone expansion, but I don’t expect anything major. The two universes are tonally quite different (even when WoW does go silly). Oh, and I’m not picking on you, but to avoid confusion: the new Kara is a 5-man, not a raid. There is a raid coming in 7.1, but that’ll be in Stormheim.

Liz: I loved the Opera event and I’m glad to hear it’s coming back. It added a lot of variety plus some fun — and hilarious — stories. From the trailer showing Moroes turning to deal with his latest “uninvited guests” (the Legion), I kind of hope we’ll be fighting side by side with some of the classic bosses. I think it would be an interesting twist on the classic experience!

Mitch: This is a harder question than I thought, to be honest. Truthfully, I’m just happy that we’re getting Karazhan. I guess I never cared much for Maiden or Attumen. It would be cool to see a nod to the temporary boss that resided in there way back when and dropped the guitar-like weapons (plus a pet bat). Fighting alongside old bosses is a cool twist, though I’m not sure how many bosses that would work with. I could _totally_ see Aran popping up to help us deal with Medivh and putting bosses inside flame wreaths, though. It would all come full circle.

Two Bosses Enter. Widowmaker vs Nova. Who can out-snipe the other?

Liz: There’s still no outrunning a nuclear blast… but if someone could do it, it would be Ana.

That’s all for today, folks. Have a happy Thursday and, as always, leave your questions for Rossi in the comments.