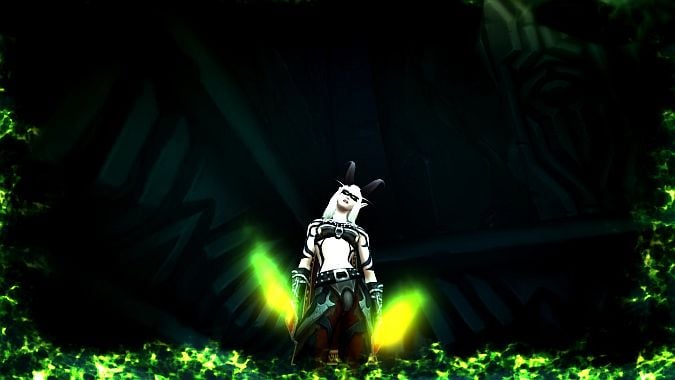 How do you do, fellow Demon Hunters? I hope you’re all a bit more accustomed to Legion and Demon Hunter life now that WoW has officially unleashed the Illidari on Azeroth. If you aren’t — or you just need another run-down of all things Demon Hunter — be sure to check out last month’s overview article for both Havoc and Vengeance specs.

If you’re feeling pretty good about your Demon Hunter, though, today we’ll be going in-depth with Havoc talents. If you want to know what to take for leveling, dungeoning, or even learn a thing or two about the fancy “Momentum” build, stick around! We’ll be covering it all after the break.

Level 99: This tier really depends on how you plan on tackling solo content. If you like to take on one mob at a time, take Fel Mastery. For a couple of mobs at once, Chaos Cleave will do the trick. If you want a less consistent, but incredibly strong way to burst down whole packs at once, take Blind Fury.

Level 100: I prefer Demonic Appetite for soloing. It’s a passive effect that helps keep you from being Fury starved. I’m pretty sure I’ve said it at every opportunity, but I don’t like Demon Blades — however, the talent is strong and will alleviate some of the stress of managing all your abilities once you start climbing in levels. I’ve only ever found myself using Vengeful Retreat to traverse land, so I wouldn’t recommend Prepared as a leveling talent.

Level 102: My choice here is Felblade. It does solid damage, generates Fury, and gives you even more mobility. First Blood isn’t a bad choice, as you will likely be using Blade Dance often and against both one and many enemies. Bloodlet is decent in sustained fights, but really doesn’t do as much as the other two if you can’t maximize its damage (via buffs/talent synergy) or if your target dies too quickly (which many do while leveling). 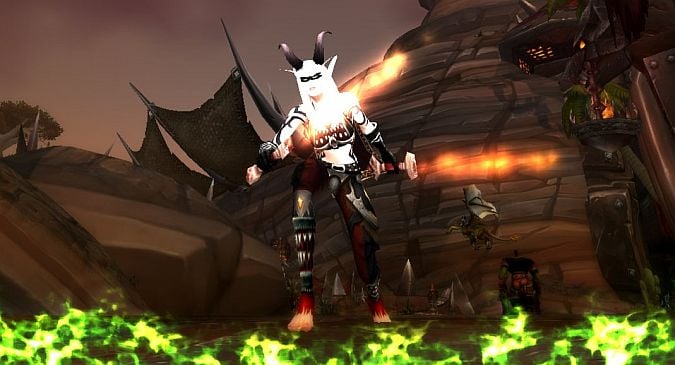 Level 104: Soul Rending all the way, y’all. You are virtually unkillable for the duration and it’s a nice way to get health back if you really need it. But if you don’t use of it, the other two options (Netherwalk and Desperate Instincts) will really come down to preference — however, each replaces Blur, which is why I tend away from them.

Level 106: For solo questing, I like Fel Eruption because it does solid damage and acts as a stun that’ll give you extra time to escape if you happen to need it. Nemesis can be a very strong pick if you happen to be fighting the same types of enemies, but that will largely depend on the subzone you are in. Momentum can be great at max-level (see below) but harder to make use of while leveling, since you’ll probably end up using Fel Rush and Vengeful Retreat for mobility more than anything.

Level 108: I prefer Unleashed Power here. An AOE stun with solid damage is never a bad thing while soloing, and, in my opinion, a frequent stun with damage out-ranks both a snare (via Master of the Glaive) and an infrequent resetting of multiple cooldowns (via Demon Reborn).

Level 110: For world-quest soloing, I like Demonic. It pairs incredibly well with Blind Fury and Soul Rending and makes Eye Beam part of your standard rotation. (Who doesn’t love Eye Beam?) Fel Barrage deals very strong damage, especially against multiple targets, but takes a bit of micromanaging to get the hang of. If you prefer good ol’ fashioned cooldowns, Chaos Blades will probably be your pick. 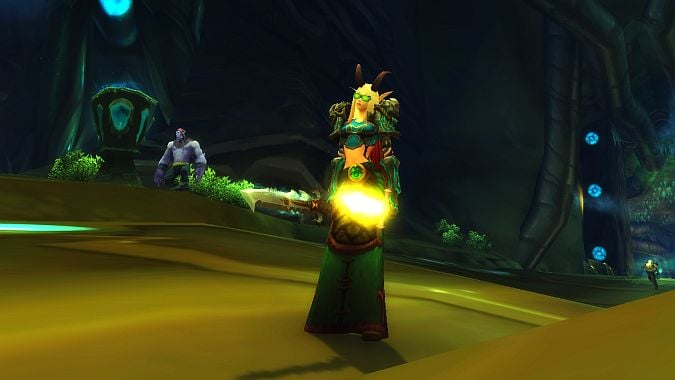 As with most classes, some talents that you found useful soloing won’t have any place in group content. Demon Hunters do have a little more flexibility in this area, but the builds and notes below should help serve as a guide for setting up your preferred max-level build.

Auto-attack heavy build: Fel Mastery (99), Demon Blades (100), First Blood (102), Desperate Instincts (104), Nemesis (106), Unleashed Power (108), and Chaos Blades (110). As its name suggests, this build is perfect for anyone feeling overwhelmed by the number of abilities or the standard rotation for Havoc. The build adds plenty of strength to your auto-attacks and gives you room to execute your other abilities as needed.

Eye Beam build: Blind Fury (99), Soul Rending (104), Nemesis (106), Demonic (110). Note that Demonic does NOT work with Demon Reborn but DOES work with Soul Rending. Several of the options in this pseudo-build come down to personal preference, but this build takes advantage of the level-11o Demonic talent by pairing it with a few earlier talents. It likely won’t be the strongest build, but it’s great for anyone who likes seeing themselves as a demon and, y’know, Eye Beaming all the things.

A few things to keep in mind: Never forget that Eye Beam keeps you rooted in one place. As it is, you don’t want to use Eye Beam in a single-target rotation, and for multi-target situations, Eye Beam shouldn’t be used unless you know for sure your targets won’t move out of its range. For this reason, Blind Fury can be a dangerous choice.

Additionally, some talent choices may seem really cool on their own, but complicate the rotation when paired with others. For example, if you were to ignore Demon Blades and then take Felbade, Fel Eruption, and Fel Barrage, you would likely wind up with far too many abilities to handle. Always be cognizant of how performing your rotation feels with different talents. Havoc’s tree offers several ways to modify your rotation through the gain or loss of abilities: don’t be afraid to take advantage of that. 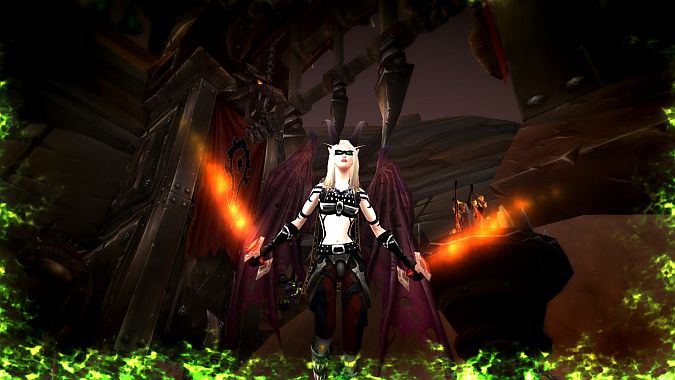 If the above section felt a little on the short end, it’s because one of the more unique — and advanced! — talent builds that works really well is the Momentum build. It’s worth having its own section to discuss all its nuances. Keep in mind, this build won’t be much use leveling, as some of the power comes from its synergy with the entire talent tree, which isn’t unlocked fully until 110. Additionally, this is really intended as a min/maxer’s talent build.

The reason I’m going over it here is because, frankly, mobility is a key facet of Demon Hunters and a Momentum build allows you to take advantage of that and keep raids interesting. It definitely offers up one of the game’s most unique playstyles and may be interesting to you even if you have no intention of min/maxing.

So what is it, exactly? The Momentum build revolves around the level-106 talent Momentum (gasp!) and requires frequent and careful use of Fel Rush and Vengeful Retreat. Using either ability will increase your damage for 4 seconds — a small window, but great if taken advantage of — which makes the Momentum build perfect for storing up Fury, gaining Momentum, and then unloading your heavy hitters in a relatively constant cycle. 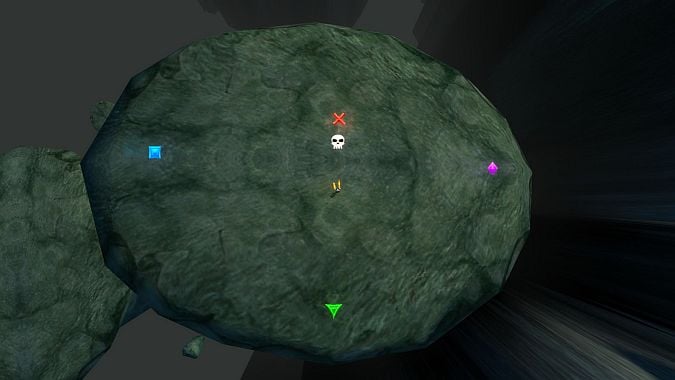 The trick here is knowing how to position yourself so you’re never missing a beat. Using the above as an example, imagine that the skull marker is the boss, X is the tank, and the remaining three are at the outer bounds of the boss’s hitbox. The ideal way to play a Momentum build is to bounce between the blue, purple, and green markers, always making sure you are in the hitbox both before and after you cast Vengeful Retreat or Fel Rush. The most difficult part of this is going to be aiming Vengeful Retreats properly — you must keybind and mouse-turn in order to pull off a Momentum build. Additionally, the build is easier to pull off on bosses with larger hitboxes.

Of course, if you want to try your hand at a Momentum build without diving all the way in, there are some talent pairings that will help. Both options below assume Fel Mastery at 99 and player’s choice at level 104.

Option 1 (beginners): Demon Blades (100), Felblade (102), and Chaos Blades (110). The idea here is that Demon Blades will help alleviate some of the stress of worrying about a build/spend rotation and positioning at the same time, while also pairing very nicely with Chaos Blades for a strong auto-attack build. Felblade is thrown in here because it will help you recover from any misaligned Vengeful Retreats without having to worry about missing out on Momentum potential (since you might otherwise have to use Fel Rush if you retreat too far away). For the level-108 talent, Unleashed Power or Demon Reborn will both be relatively straightforward and each situationally useful.

Option 2 (advanced): Prepared (100), Bloodlet (102), Master of the Glaive (108), and Fel Barrage (110). This option maximizes uptime on Momentum via Prepared, while also making Throw Glaive a necessary (and strong) part of your rotation. With this build, you’ll be moving a lot and using abilities a lot, but it will be worth it if you can pull it off successfully. And at 110, Fel Barrage will be incredibly strong while Momentum is active if there are ever multiple targets active. In a 100% single-target fight, take Chaos Blades at 110 instead. 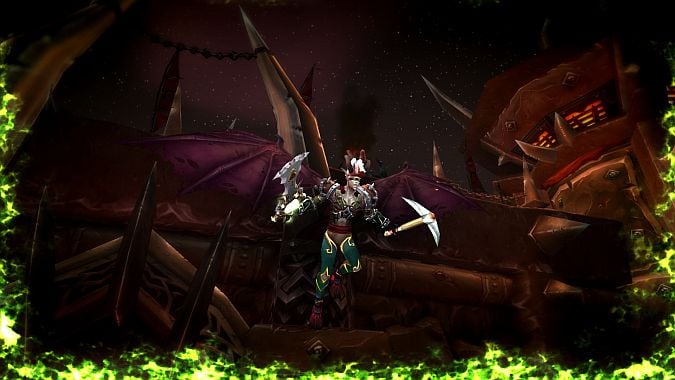 Havoc’s overall talent design is a solid one

So what’s the big takeaway from all this? Demon Hunters have a pretty big variety of talent choices that all synergize in different ways. The caveat is that you really, really will need to know what encounter you’re about to jump into before picking certain builds. It’s a good talent design on Blizzard’s end if you ask me — though it does run the risk of being a bit daunting.

Hopefully this has helped give you an idea of some of the different ways to play your Demon Hunter. And if not, never be afraid to experiment and see what works best for you.