Spiritual Guidance: Getting started as a fresh 110 Priest 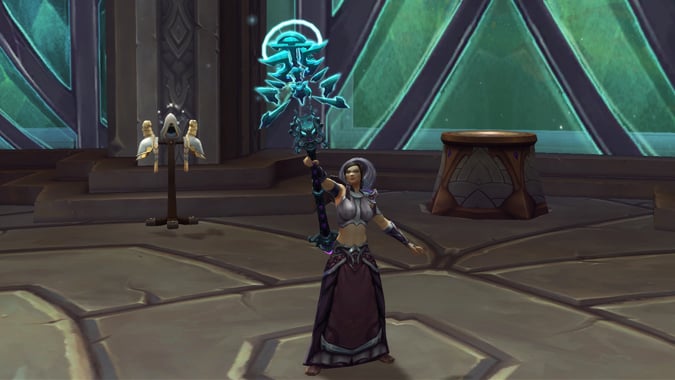 Legion has been out for almost a month, and we’ve had the chance to putter around the Broken Isles. Previously we covered questing as Holy or Discipline and tinkering around with your Artifact Weapon paths along the way. But when you finally reach 110, you’re suddenly greeted with a deluge of options, to the point that it can be overwhelming. Now, a lot of content is hardly a bad thing, we just need to learn how to navigate it. Since there are some timed parts, make sure you start researching your second class hall talent as soon as you hit 110, as each one subsequently takes more time and Order Resources. Additionally, start your Artifact Knowledge research since that will take several days as well. 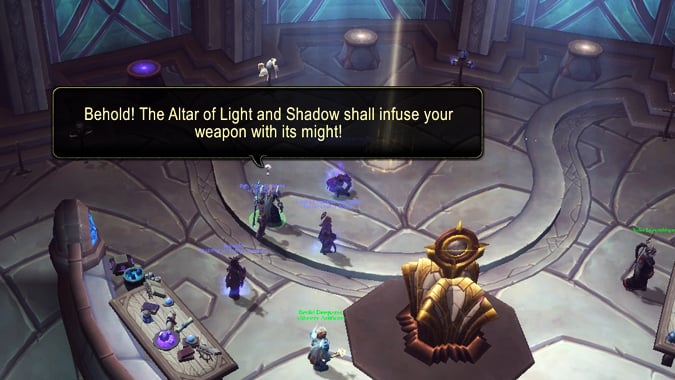 The class campaign technically starts the moment you choose your first Artifact weapon, and along the way you can acquire a second or even third weapon and pick up a few followers. But it’s at max level where the story comes into play. Your class quests will take you into Eye of Azshara and Halls of Valor before turning your sights back on your class order. The quests explore the Light (picking up Sol), the Balance (picking up Mariella Ward), and finally the Shadow (picking up Natalie Seline). As you bring each spec into your fold, your class order grows in strength to unite against your foes.

Alonsus starts your breadcrumb quests each step of the way. Make sure you save up certain resources, since he will eventually ask for help in the fight against the Legion. You can give any combo of Starlight Rose, Leyblood, and Runescale Koi to add up to 100 total resources. No one in their right mind will be contributing Starlight Rose, due to its use in raid flasks and potions. I just turned in 100 Koi, since I wanted to save my Leyblood for Mastery food. During this last part of the campaign, you also need to complete 30 world quests and you’ll be gated by five 12 hour missions. If you time it right, you can complete it in 2.5 days, especially using the new Companion App. Finishing your campaign gets you your third relic slot and a fancy new High Priest title, as well as some awesome lore. I won’t even give a hint of a spoiler (not in the image either). Seriously, it’s great. 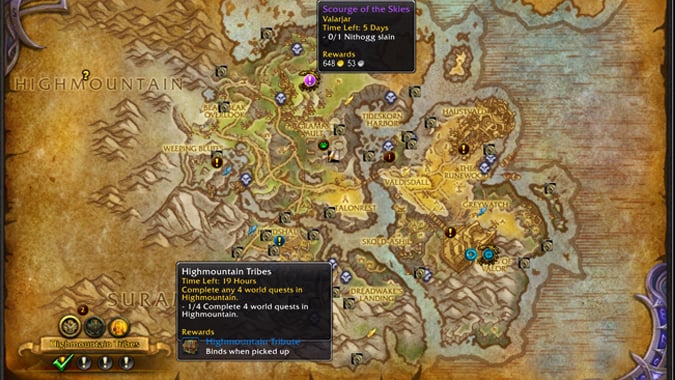 When you hit 110, you are greeted with a quest from Khadgar, asking you to get to friendly with all five Broken Isles factions. Through normal questing on the way to 110 you’ve likely already gotten to friendly with four of the five (Court of Farondis, Dreamweavers, Highmountain Tribes, and Valarjar in Azsuna, Val’Sharah, Highmountain, and Stormheim respectively). This leads you to the main faction of Legion: the Nightfallen. The quest chain starts with Thalyssra and introduces you to the story that will eventually lead us into The Nighthold, the other half of our first tier. After running through the questline, you’ll unlock friendly relatively shortly, opening up world quests.

World quests are very similar to Diablo’s bounty system. You have your pick of quests on the map, offering rewards varying from gear to Order Resources to Artifact Power to gold. The system allows you to play according to your own pace. You can knock out every single quest on the map or you can pick and choose the ones that matter most. If you have limited playtime, feel free to prioritize the quests that offer you the best rewards. They last for around a day at a time, sometimes several days for bigger quests, and there will always be new ones as soon as the old ones expire. As of Tuesday, world bosses are in the game , so we have a fancy world boss quest on the map as well. Don’t pass up a chance to do those, they can drop awesome gear and killing 8 bosses gets you a new artifact color. 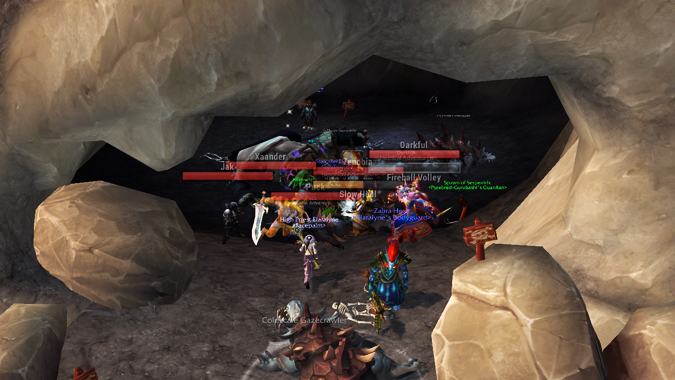 Now, completing world quests as a healer can be a tad difficult, but not impossible. In fact, it’s my preferred way to quest and I’ve done all of mine in both Holy and Discipline. Holy is admittedly slower, but you have a great stun and the one thing that Discipline is lacking: AOE. Holy Nova is great for killing packs. I definitely recommend adding a bodyguard when you’re out in the world with either spec. Zabra Hexx is quite helpful, at least when he’s not running off to pull other mobs or standing there just to watch you kill things by yourself (a flaw with all bodyguards, I suspect). If you’ve completed your class campaign, you have your choice of Alonsus and Sol as well, but I always choose Zabra because his damage is usually the most helpful.

Personally, I’ve found a lot of success with doing world quests as Discipline and I’ve had very little trouble in completing most of them by myself. There are certain quests that are meant to be completed as a group that I’ve been able to solo as well. Our damage is adequate and our healing keeps us topped off long enough to get a kill. Taking Schism definitely helps, especially when pairing it with Light’s Wrath and an Atonement or two on your Mindbender and bodyguard. And when there are quests that you can’t solo, you can be sure others in the area will stop by soon enough. My favorite thing to do when there is a throng of people is spam Power Word: Radiance a few times, enough to get 5-9 Atonements out, then DPS my heart out. I also love when I pull a bunch of mobs and a melee player jumps in the middle and annihilates them all. The new tagging system is a godsend for spontaneously working with other players. 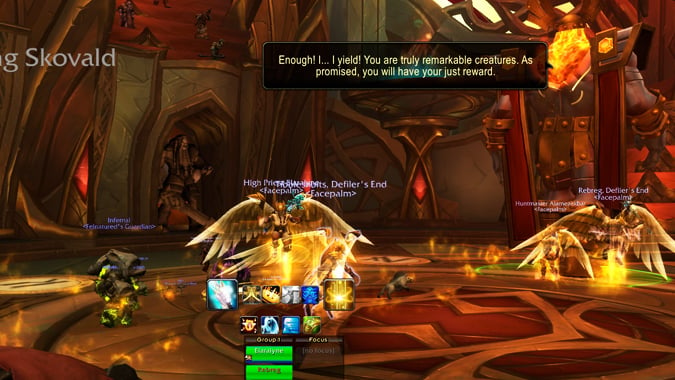 Dungeon progression is a bit different this expansion. Normals, our usual introduction to dungeons, have been more or less changed to something we encounter briefly while leveling, but they don’t give as much experience in the past so they are largely ignored in favor of just questing in general. Heroics are waiting for you at 110 and require 810 item level to queue in the dungeon finder. However, if you’re in a group of friends, you can walk into the dungeon at any item level.

Mythic dungeons appear daunting, but their difficulty is actually tuned lower than their first incarnation in Warlords. This is due to the new Mythic+ (another concept borrowed from Diablo). Mythic+ is where the real challenge comes in, and is a good way to progress with your friends. They are the equivalent of former Challenge Modes, but the difference being that they aren’t just one fixed difficulty with a timer. Rather, each keystone you get gives you the chance at a higher difficulty and keeps increasing with each completion. Even if you don’t beat the timer, you can still continue through and get a chest at the end for a chance at better gear.

Healing in dungeons is quite different from raids. Don’t forget to brush up on your talents and specs. Dungeon healing tends to focus more on single target healing until you overgear it. You can get away with spamming your biggest heals (Flash Heal/Serenity for Holy, Shadow Mend for Discipline) because fights are short and you can always drink between pulls. Both specs are perfectly viable for healing, though Discipline has an unfortunate, but unfounded, stigma attached. Which is bound to happen when fundamental changes to a spec don’t sit right with its former adherents. Discipline no longer has its easy “bubble and go” playstyle and now takes more micromanaging to excel. If you’re new to Priest or healing in general, I’d recommend picking up Holy as it can be more forgiving. Don’t be afraid to step into Discipline though, the spec is definitely rewarding if you have the drive to master it. 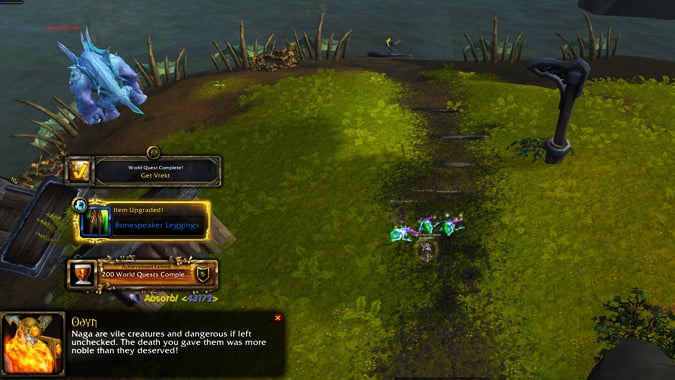 Gearing paths in the past were always Normal dungeons > Heroic dungeons > Raids. We have a lot more variety this time. Questing to 110 will get you into Normal dungeons. After that, you can either go through the regular dungeon progress of Heroics > Mythics > Mythic+, or go out into the world. World quests offer great gear options as rewards, especially if you kill the week’s world boss. They start out low, but the rewards increase as your item level increases. Where you might see 805 item level rewards as a fresh 110, these soon turn into 835 rewards when you’re gearing though Mythics. Your Emissary treasure chests also have a chance to drop blue-quality gear, and can even contain legendaries if you’re very lucky. It’s entirely possible to acquire gear simply through world quests, though it may be slower than dungeons. The Broken Isles factions also sell gear at certain rep thresholds. You can build rep by completing world quests in each faction’s zone, or by completing quests for that day’s Emissary who offer up 1500 bonus rep.

Legion has brought us so much to do, but don’t get overwhelmed. Take things at your own pace and you’ll find a rich world out there waiting for you. Even in my gearing rush, I stopped to explore Suramar and all its nooks and crannies. The world feels alive. The lore is fantastic, like we’re actually making a difference here. Legion is looking to be one of the best expansions yet and I hope you enjoy it as much as I have been.

Blizzard Watch is made possible by people like you.
Please consider supporting our Patreon!
Filed Under: Class Hall, Discipline Priest, Holy Priest, Legion Dungeons, Legion World Quests, Level 110, Order Hall Campaign, Spiritual Guidance, What To Do At Level 110, What To Do At Max Level
Advertisement