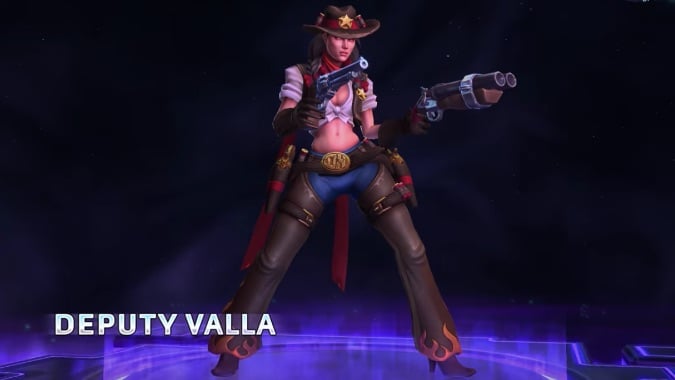 Halloween is coming to Heroes of the Storm this week with the release of two new skins: Deputy Valla and Scarecrow Xul. Starting today, you can buy them individually, or as part of the Hallow’s End 2016 Bundle, or the Hallow’s End 2016 Ultimate Bundle, which should cover all of your in-Nexus costuming needs. Both bundles come with the creepy Eye Pad mount — and if you want the Eye Pad, grabbing a bundle is currently the only way to get it.

With the new Heroes Brawl system, this will be our first week to see a new brawl in rotation — and we can expect to see brawls mixing things up until we start to see reruns. Other than that, it’s a pretty ordinary week in the Nexus.

With BlizzCon kicking off next weekend, we don’t expect anything surprising from Heroes of the Storm this week or next. But instead of being disappointed by a slow news day, let’s get into this week’s rotation.

That’s all for Heroes of the Storm this week. We’ll see you in the Nexus!

Blizzard Watch is made possible by people like you.
Please consider supporting our Patreon!
Filed Under: Free Hero Rotation, Heroes Brawl, Heroes Of The Storm Free Heroes
Advertisement