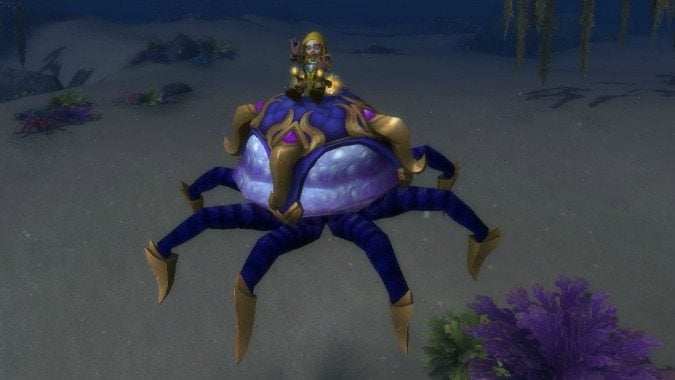 The Fathom Dweller jellyfish mount is one of the rare mounts in Legion that remained hidden until a dedicated group of Wowhead users solved the puzzle that completed the secret quest.

The quest NPC required to begin the chain is Drak’thul. Talk to him and then start uncovering ten hidden orbs around the Broken Isles. Then you should gather some good friends to summon and take down Kosumoth the Hungering. For the next two weeks, killing Kosumoth will result in a World Quest that rewards the Fathom Dweller mount for the first time on the North American servers. On November 22 the quest reward cycles for another two weeks and may reward the mount again or might reward a pet instead.

To begin, check out our starter guide.

Blizzard Watch is made possible by people like you.
Please consider supporting our Patreon!
Filed Under: Fathom Dweller, Jellyfish Mount, Kosumoth The Hungering
Advertisement