From the beginning, Overwatch has always appeared to have a fairly straightforward story. Once upon a time, somewhere in our future, a global task force of heroes were brought together to fight a global threat. Years later they were disbanded in disgrace — likely due to internal conflicts or corruption. And years after that, they reformed out of a wish to see a bright and prosperous global future once again realized.

Except it’s not really that simple. And as more lore and stories surrounding heroes new and old are released, that story gets more and more complex. With the latest addition — a hacker named Sombra — we’ve suddenly got an important lead. Somewhere after the Omnic Crisis had ended, the girl who hadn’t yet assumed her current name discovered a global conspiracy. She, in turn, was discovered as well.

What kind of global conspiracy could Sombra have possibly stumbled upon? Let’s dig around and see what we can find.

Really, the tangle of Overwatch’s story all goes back to the Omnic Crisis. Omniums all over the world were producing omnics that promptly rebelled and started attacking major cities all over the planet. Sure, Overwatch managed to shut the omniums down, but what exactly was it that made them activate? Why were the omnics rebelling against humanity? Why did the Omnic Crisis happen?

Here’s what we know: A company called the Omnica Corporation was responsible for building the omniums in the first place. These factories were supposed to be a self-sustaining method of automated construction, promising a golden age of global economic prosperity.

But slowly, the omniums began to break down and fall apart. Independent analysis showed that factory outputs would never reach the scale of what Omnica had promised. After a thorough investigation that uncovered evidence of fraud, the Omnica Corporation was shut down — and with it, the omniums.

Some time after that, the deserted omniums appeared to reboot themselves, resuming production and launching a military campaign against humanity.

This was the Omnic Crisis. Nobody knew why these facilities had suddenly re-opened. It wasn’t relegated to one plant in one country, it was worldwide. While individual countries struggled to combat the omnics, the United Nations quietly put together a team to end the Crisis for good — Overwatch. The team succeeded, and through a series of top-secret missions, brought the Crisis to an end.

One would think that this spelled a happy ending for the world, but in truth, the struggles had only begun. As a result of the Crisis, countries around the world began to rebuild, but there were no immediate solutions. In the meantime Overwatch flourished, excelling in research and global protection — but its golden age wasn’t going to last. Eventually, the world turned against Overwatch, accusing the organization of internal corruption. A massive explosion at Swiss headquarters was the final nail in Overwatch’s coffin, and the organization was forcibly disbanded.

Supposedly, the explosion was due to a heated altercation between Overwatch leader Jack Morrison and Blackwatch leader Gabriel Reyes. The two had been at odds ever since Morrison was promoted to lead the team after the Omnic Crisis. While both men were thought dead, it turned out both assumptions were incorrect. 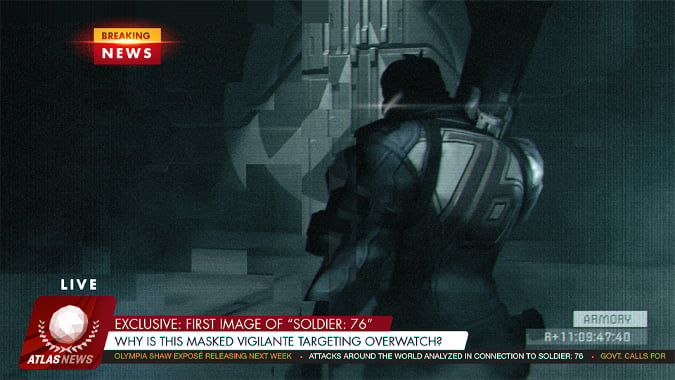 Jack Morrison’s path is the one of immediate interest. Five years after Overwatch was disbanded, a vigilante began ransacking financial institutions, shadowy corporations, and former Overwatch facilities. It turned out Morrison wasn’t dead at all. He took on the name Soldier: 76, traveling the world on a mission of his own. Morrison set out to try and expose the truth about Overwatch’s collapse. He wanted to find whoever was responsible, and bring them to justice.

There’s something funny about Morrison’s mission, however. Mainly the fact that Morrison was looking at anything but Reyes in his search. If anything, the emergence of Soldier: 76 points to the fact that it wasn’t internal fighting that brought Overwatch down. It wasn’t Reyes’ rebellion. As far as Morrison was concerned, there was something else at play.

And if we look at the Hero animated short, we can also find another clue. Morrison was in Dorado, and in the short, he fought Los Muertos. But it’s possible that Soldier: 76 wasn’t really going to Dorado in search of Los Muertos at all, or even Sombra. 76 was hunting down shady corporations, and Dorado was the home of one really big one: LumériCo. 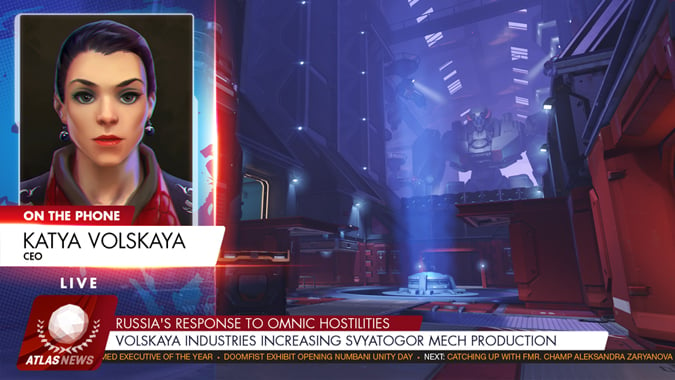 Why would Morrison look at corporations for the answers surrounding Overwatch’s downfall? That’s where we begin to jump into Sombra’s global conspiracy. Sombra isn’t stupid — she’s taken great pains to conceal her former identity. She had to, after she was discovered by whatever conspiracy leaders she happened to stumble upon. Which means that these people — whoever they were — had a lot of power, a lot of influence, and the ability to hunt down just about anyone on record.

Sombra did a great job taking herself off of that record, by simply erasing herself from existence. Her focus in Overwatch so far seems fairly straightforward — she wants LumériCo taken down. And she appears to have succeeded in this task. Guillermo Portero stepped down as CEO after she released incriminating emails about his questionable financial activities, and his dealings with the Vishkar Corporation. In Infiltration, she seems to be after her next target — Volskaya Industries.

Why does everyone appear to be focusing a tremendous amount of time and energy on corporations? Are global companies just trying to piggyback off of the Omnic Crisis to make more money for themselves? Or were these corporations somehow in league with one another? Did they in fact cause the Omnic Crisis in the hopes that it would be good for business?

Next week, we’ll dig a little deeper into this global conspiracy. And we’ll also take a deeper look at another major piece on Overwatch’s chessboard: Talon.