We haven’t really heard much from the Knights of the Ebon Blade since the end of Wrath. They had a fairly intense campaign in the Ruins of Andorhal, but that was it for story content. As far as Death Knight roleplay in the game went, stories were largely up to the individual player. It was appropriate – with the fall of the Lich King, there wasn’t exactly a lot for Death Knights to do. The main goal of the organization had been achieved: the fall of the Lich King.

In Legion, Death Knights get an abrupt shot in the arm with a ton of new story. Obviously the Ebon Blade is just as invested in the Legion’s downfall as the rest of the world. But they didn’t quite expect the return of an old foe now turned ally. Yes, the Lich King was defeated…but another was instated in his place. And the new Lich King is not only awake, but ready to make some deals. 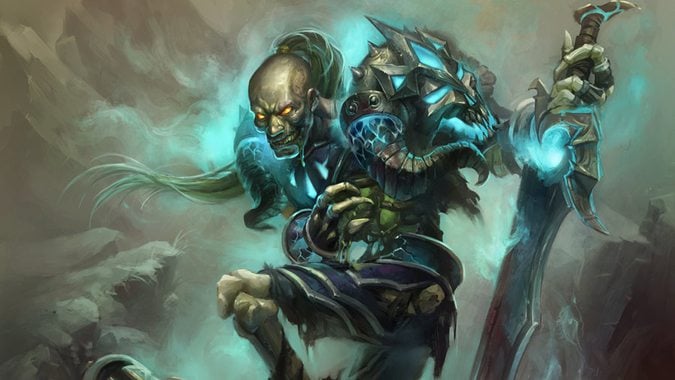 The origins of playable Death Knights are pretty thoroughly explained through the Death Knight starting experience. You’re a hero that fell in battle who was subsequently raised by the Lich King – Arthas – and put to work. But it turns out the Lich King was merely using you and your brethren as a means to lure Tirion Fordring out of hiding. He fully expected you to die.

What he didn’t expect was that the power behind Light’s Hope Chapel would free you and your fellow Death Knights from his control. Angered at the Lich King’s betrayal, Highlord Darion Mograine formed the Knights of the Ebon Blade, intent on taking the war to Icecrown. The Ebon Blade later merged with the Argent Crusade to form the Ashen Verdict, and successfully brought the Lich King to an end.

Your character is presumed to be one of these freed Death Knights, now sworn to the Alliance or Horde. For better or worse, you’ve tried to reintegrate yourself with your faction. And since Wrath, there hasn’t been a lot of Death Knight-centric lore to work with, leaving you room to concentrate on your own stories.

Return of the Lich King

In Legion, the Lich King is back – in a different form. After the fall of Arthas, Bolvar Fordragon took on the role. Without a Lich King, the undead would simply rage rampant across Azeroth – the Lich King was pretty much required to keep them in check. Bolvar’s been ominously silent until now, presumably getting used to his new post as leader of the damned.

So when you’re contacted by the Lich King, it’s Bolvar you’re speaking to. On the one hand, you’d think this would be somewhat comforting. After all, Bolvar was one of the most honorable men alive. On the other…the terms of his association with the Ebon Blade are a little shady at best.

Bolvar wants a deal: the Ebon Blade willingly serves as his arm against the Legion, and he’ll keep the Scourge contained to Northrend. In exchange, the Lich King will hand over some incredibly powerful weaponry for the champions of the Ebon Blade. It’s up to you whether your character is one of those chosen champions or not. 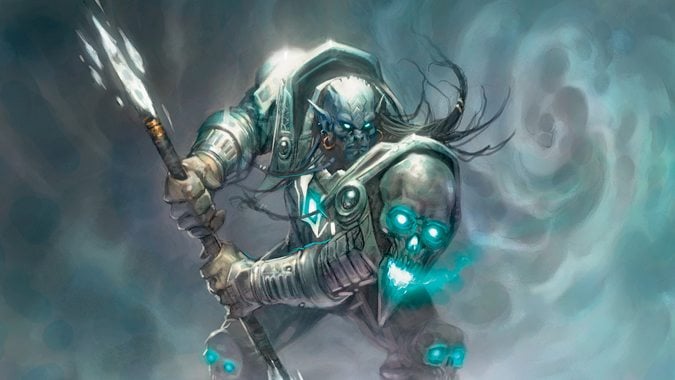 Death Knights aren’t exactly keen on allying with the Lich King. After all, they spent the entirety of Wrath taking him down. They know what the Lich King is capable of, more so than any other creature on Azeroth. Even Mograine is a little leery about the idea of allying with Bolvar, but he’s willing to do so if it means the Legion’s defeat.

The part that may or may not be striking your character as odd are the terms of the deal. Bolvar’s asking for your allegiance in exchange for keeping the Scourge up in Northrend. The thing is, that was supposed to be his job. That’s why he stepped into the role of Lich King in the first place. Your character’s already been betrayed by the Lich King once before. Is it going to happen again? 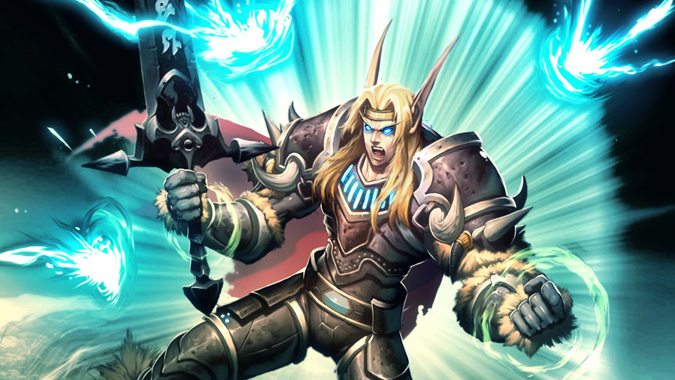 Has your character sworn themselves to this new cause? Are they willing to stick by the Ebon Blade? Do they trust this new Lich King, or do they question his intentions? How do they feel about the Ebon Blade’s new ally? Do they think it was a foolish alliance, or a wise one?

Have they asked themselves what happens after the war is over? Have they considered the very real possibility that Bolvar may have fallen to corruption? Do they think the new Lich King wants to rid the world of the Legion, or set the stage for a new Scourge invasion? 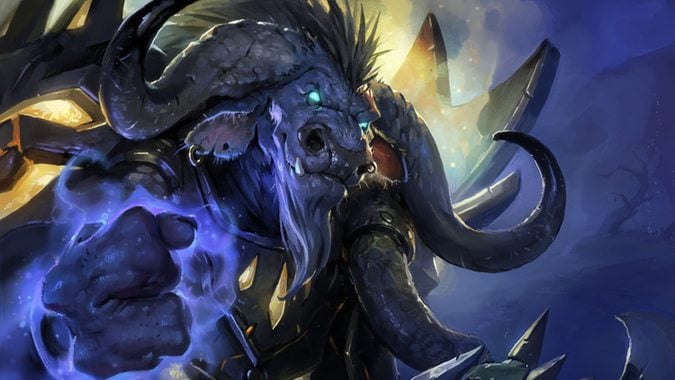 As a Death Knight, your character has already had to deal with some weighty situations. They had to return to “normal” society, when they were anything but normal. Maybe their friends and family welcomed them back with open arms – or maybe they fled in fear. Or it’s possible that your Death Knight’s former life is simply gone – everyone they knew and loved has since passed on.

But your character’s been fighting for their faction for the past several years. They’ve established themselves as part of their faction. Your character likely spent a long time proving that they were no longer under the Lich King’s control. So how is the rest of the world going to react if it finds out you’re working for the new Lich King?

Has your character shared this information with anyone? Are they worried about the possible reactions? Is your character firm in their beliefs and convictions? Or do they worry that maybe, just maybe, this might be step one of returning to a fate as the Lich King’s puppet?

Death Knight lore may have been lacking in recent expansions, but the reveals in Legion make it up in spades. Death Knight roleplayers have a lot to think about with all the new information. It’s up to you to decide if your character is going to embrace this new, possibly dark destiny – or carve a new path of their own. What will the future hold for your character?