We’ve talked about Maiev Shadowsong before, but we haven’t really discussed her role in Legion. It’s a role which raises as many questions as it answers. Both Maiev and Jarod Shadowsong show up in the expansion. Maiev features in the Demon Hunter starting zone, as well as appearing in Val’sharah. But a lot of the story we’ve gotten, from the Tomb of Sargeras audio drama to the Legion storyline so far, doesn’t answer several crucial questions.

If you read Wolfheart or Anne’s excellent KYL about Maiev back in 2015, you know that Maiev tried to kill Highborne sorcerers before they could rejoin Kaldorei society, and Malfurion Stormrage. Her brother confronted her for these actions, and she fled rather than kill him or be killed by him. At the end of that novel, Jarod and Shandris Feathermoon were charged with creating a new force of Watchers, to replace the ones led by Maiev.

But Legion indicates a very different situation. Rather than a new force of Watchers, Warden Maiev Shadowsong appears very much in command of the Wardens. They have a special Vault on the Broken Isles dedicated to holding the greatest menaces the Night Elves ever experienced. Even when Khadgar comes to the Broken Isles, before Gul’dan’s opening of the portal beneath the Tomb of Sargeras, it’s Maiev he deals with. And clearly, even on Draenor, it was Maiev who sent Cordana to work with Khadgar. That means she’s been in charge of the Watchers from the moment of her return from Outland, right through her attempt on Malfurion’s life. 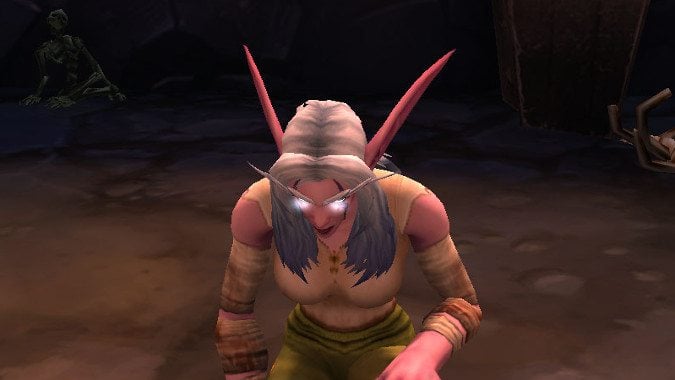 Which Maiev is which?

There is some attempt to reconcile the two events. When you arrive at Black Rook Hold alongside Jarod Shadowsong, you eventually find Maiev held in a cell, clearly beaten and the worse for wear. This jibes with what we see as a Demon Hunter in the Vault of the Wardens during the Demon Hunter starting zone. Maiev leaps through the portal that Gul’dan used to steal Illidan’s corpse from the Vault. When you find her, she tells you that Gul’dan brought the corpse to the top of the Black Rook Hold. Whatever he did helped awaken the dead that now infest the place. These tortured souls are mad, believing themselves still trapped in the original Legion invasion of Azeroth.

Upon reuniting with his sister Jarod plays down the entire established situation from Wolfheart. He says that he should have known some malign influence was behind her actions during the Highborne affair. But this doesn’t jibe with what we’ve seen before or since. Even during their reunion, the dialogue doesn’t really seem to address what’s actually happened. Maiev dismisses the conversation, as they have pressing concerns like a host of undead to deal with, but it’s still worth discussing.

Maiev tried to kill Malfurion and escaped Darnassus. Apparently, the vast majority of the Watchers sided with her, to the point where even years after she’d taken such dire steps, she commanded sufficient position among the Wardens that she could send Cordana alongside Khadgar to Draenor. Clearly the Wardens had a whole base of operations at the Vault of the Wardens. Maiev stored not only Illidan at this location, but all of his Illidari as well. This group operated with utter impunity as far as Malfurion and Tyrande were concerned. They did not answer to Darnassus, and Maiev was still their acknowledged leader as recently as before the Siege of Orgrimmar. 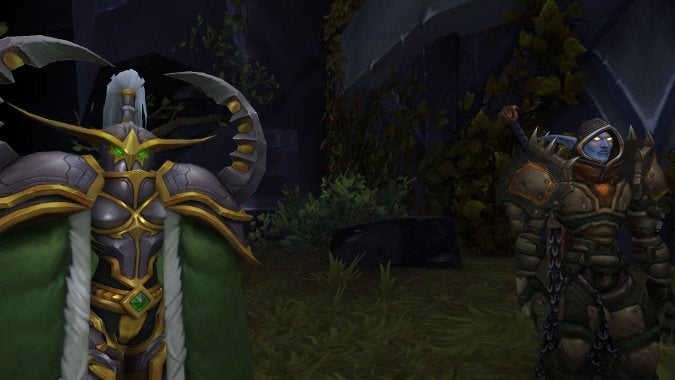 No one watches the Wardens

What we do know thanks to Legion is that for years, Maiev ran a private army of Wardens strong enough to send operatives to Draenor. She was secure enough in her position that she flat out told Khadgar off right to his face the second he arrived on the Broken Isles chasing after Gul’dan. And, seemingly, nobody really cared. I’m not sure what this means. She had the Illidari locked up with no oversight, she had Illidan’s body even after she tried assassinating his brother.

I’m deathly curious what happened with Shandris, Jarod and their attempt to create a new group of Watchers. Because it seems to me like the old group went from trusted Night Elf security to an outright rogue faction. They operated without oversight from Darnassus, and nothing changed. As far as we can tell, Maiev was utterly in command of the entire group. There’s a moment in the Demon Hunter starting zone where she tells Cordana that as a traitor to the order, she’ll answer to the High Council. But I have no idea who the High Council are or whether or not Maiev is on it. Clearly whoever they are, they don’t object to Maiev, being in charge of the Wardens. Despite the fact that she attempted to murder one of the heads of state for the entire Kaldorei people. 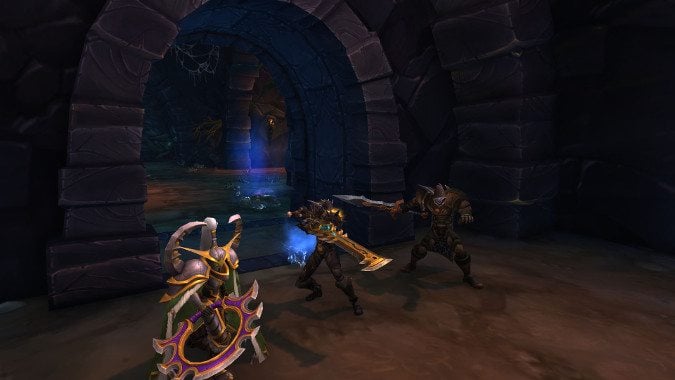 So what happens next for Maiev? She’s still, as far as I can tell, in command of the Wardens. She helps defeat Desdel Stareye alongside her brother, and there seems to be little if any friction between them. But this just raises further questions. Clearly, the events of the main Val’sharah story line have left their mark on Night Elf culture. One would expect the Legion invasion, the return of Suramar City, and events in Azsuna to have their impact on the Night Elves as a people. Heck, both Maiev and Jarod are from Suramar. But right now we have no idea what Maiev’s role is going to be in future events. Does she have a presence in the Nighthold? Gul’dan did steal Illidan’s body from her. Does she appear in an attempt to get it back?

What about after? Does Maiev, who openly espoused xenophobic ideas in Wolfheart, put those aside to defend Azeroth against the Legion? Does she help close the portal at the Temple of Sargeras? It should be noted — as a young acolyte, Maiev was actually a Priestess of Elune at that very temple. Can Tyrande and Malfurion work with Maiev? Can she work with them? There’s a lot of bad blood there, and not all of it is Maiev’s fault at all. While she did try to murder Malfurion, Tyrande actually did murder Wardens who were just attempting to fulfill their oaths and keep a dangerous madman locked away. Tyrande was leader of the Night Elves, but she didn’t have authority over the Wardens. And based on Maiev still being head of the Wardens as a whole, it seems clear that they don’t care what Tyrande has to say.

I’m fascinated to see what role Maiev plays in the future, not just in the Nighthold and 7.1.5 or 7.2, but beyond Legion. What happens next?