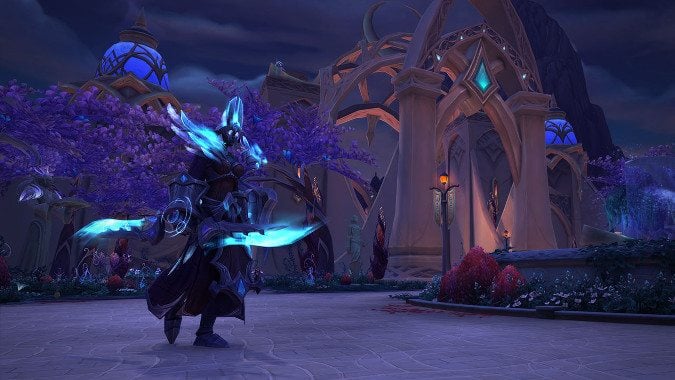 If you’ve been waiting patiently and running Emerald Nightmare/Trial of Valor, now you can finally sink your teeth into the raid that continues Legion’s main storyline, as The Nighthold is coming soon. How soon? Soon enough that we’re getting this preview from the fine folks at Blizzard. In fact, here’s the schedule for US realms (EU realms are one day behind):

As you can see, the Raid Finder release for the Nighthold is fairly staggered, with about two weeks between each release for LFR. Mythic comes out the usual week after Normal/Heroic, so no surprises there — but I’ll admit that I was expected a faster rollout for LFR Nighthold.

The preview explores the design of several fights in the Nighthold — I especially look forward to getting a shot at killing the Chronomatic Anomaly, Krosus and Tichondrius himself.  For a closer look at the designs and more information, head to the official site.