Quel’Thalas today is still recovering from the wounds inflicted by the Third War. Half of Eversong is known today as the Ghostlands, as the Scourge’s taint remains to wreak havoc. Along the vast trench of dead and defiled earth known as the Dead Scar, bisecting Silvermoon City itself and heading out across the bottom of the strait between Quel’Danas and Quel’Thalas, the legacy of Arthas’ march to the Sunwell remains.

It was in that one moment, the destruction of the Sunwell and the slaying of Anasterian Sunstrider, that Arthas Menethil caused the High Elves to become a people without a country. Many of the High Elves died in the Scourge Invasion, and of the survivors, most turned away from the very name of their people. Prince Kael’Thas Sunstrider, now titular monarch of his people (although he was never crowned King) proclaimed that they were a new breed, that they had been changed forever by what they’d endured.

But the Blood Elves did not happen in a vacuum. Many years and many decisions led to this moment, when the majority of the survivors of Quel’Thalas accepted a new name, a new destiny. 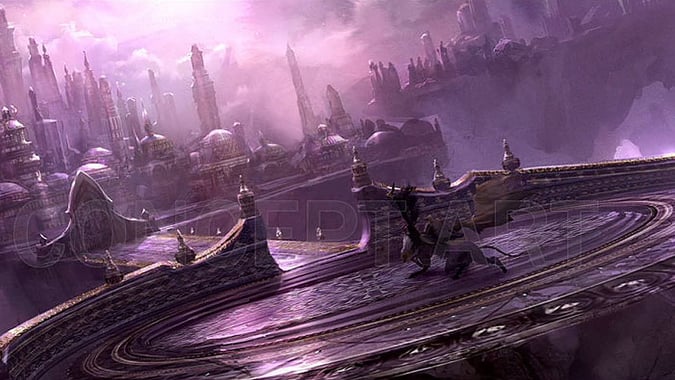 The Years of Peace

After the Troll Wars, Quel’Thalas (known as the land of eternal spring) entered a kind of autumn, an age of peace. Over time they negotiated with their Human neighbors and established a common border between their peoples. When the Humans fractured into seven kingdoms, Silvermoon negotiated with both Lordaeron and Dalaran. Indeed, their ties with Dalaran became profound — magisters from Silvermoon would often travel to Dalaran to work, study and teach the arcane arts alongside the Humans who’d learned those arts from them and even the occasional Gnome mage such as Indus. Thus the magisters of Silvermoon kept themselves involved in the world and had a powerful voice in the Kirin Tor of Dalaran and the secretive Guardians of Tirisfal.

And things remained this way for thousands of years. The Trolls still occasionally raided Eversong from their fortress city of Zul’Aman, but they weren’t a threat without Zandalar backing and a warlord to lead them such as Jintha had been. The High Elves were wary of the Humans, but had to admit that the Human kingdoms were far less aggressive towards their kind. Dalaran itself was a sort of ally, both nations seeking to keep Arcane magic under control and keep demons from becoming a threat. If it wasn’t perfect, it was close enough for the Quel’dorei. 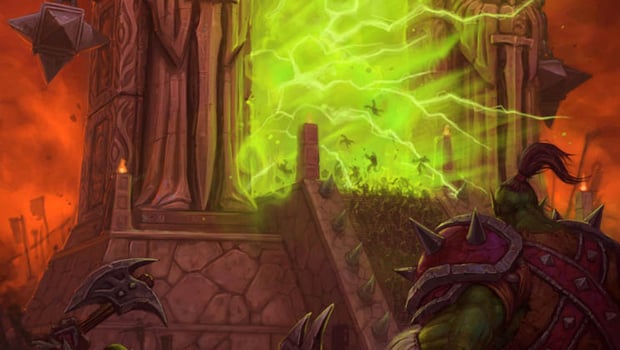 When the Dark Portal opened and the kingdom of Stormwind fell to the Orcish Horde, Silvermoon’s reaction was, at best, a shrug. The fall of a Human kingdom to the distant south wasn’t of much concern to the High Elves, and Anasterian saw little reason to concern himself.

The High Elves found themselves embroiled in the Alliance of Lordaeron and participants in the Second War through two chains of events. The first was that Anduin Lothar, last blood descendant of Thoradin and protector of the remnants of Stormwind (including the nation’s young King Varian) arrived in Lordaeron and convinced Terenas that the Horde was a danger that all humanity must band together to fight. Terenas managed to weld together Humanity’s disparate nations (albeit reluctantly in the case of Gilneas and Stromgarde) but it was Lothar himself who reached out to Anasterian. And Anasterian couldn’t simply ignore Lothar, for Lothar was Thoradin’s direct descendant, and Anasterian had sworn an oath to one day repay the favor Thoradin had done for him and his people by committing to the war against the Amani.

The High Elves saw this as a chance to discharge the ancient debt instead of as an urgent manner, and sent a token force of Elves south to assist the Alliance. Some of their number, however, saw things differently. Ranger-General Lireesa Windrunner’s daughter Alleria had been expected to become Ranger-General after her mother, but she did not seek the title. She instead took her Farstriders to Southshore to assist the Alliance, viewing the Horde as a far greater threat than the rest of her people. In this, she proved prescient.

Lireesa Windrunner, once Ranger-General of Silvermoon, had four children, three daughters and a son. They were part of the Windrunner clan, a powerful and storied line within the Quel’dorei, dating back to the first Ranger-General himself, Talanas Windrunner. Lireesa had essentially retired, replaced by her middle child, Sylvanas, as Alleria had refused the position. With Alleria in the south fighting alongside the Humans, Sylvanas in Silvermoon leading the Farstriders, and Vereesa off in training, only her son Lirath was with Lireesa and the extended Windrunner clan when the Amani and their new Horde allies attack and burned much of the borderlands of Quel’Thalas. Eighteen of the clan, including Lireesa and Lirath, died.

Alleria took up her mother’s bow, Thas’dorah, and used it to slay Orcs in the name of revenge for all she’d lost. Sylvanas took up the mantle of Ranger-General. Vereesa would in time work closely with Alliance agents and meet the mage Rhonin, leading her far from her people. The loss of the Windrunners as a force changed the nation in ways no one understood at the time. Thas’dorah had served to defend Quel’Thalas for generations, but now it was lost along with Alleria herself, vanished on the other side of the Dark Portal. Sylvanas was forced to lead the Farstriders alone, with neither her mother’s bow nor her mother’s advice, and now Alleria too was gone. She squared her shoulders and did her duty, but after the Second War the High Elves were finally free of their debt to Humanity and wanted no more to do with outside nations and their problems.

Quel’Thalas retreated behind her Elfgates and sealed her borders not long after the Second War. The voice of the Windrunners, always a clan of iconoclasts who put Silvermoon’s defense above all else, was greatly reduced. Sylvanas herself was not the isolationist her king was, even defying Prince Kael’Thas to induct a Human, Nathanos Marris, into the ranks of her Rangers. He became the first and only Ranger-Lord, a clear sign of how the Windrunners were not as content to stare inward.

Had Anasterian paid closer attention to the outside world, he might have survived. The High Elves ignored events in Lordaeron, even from the areas closest to their own border, which happened to also be the same regions of their neighboring country most beset by the Cult of the Damned and the necromancer Kel’Thuzad. 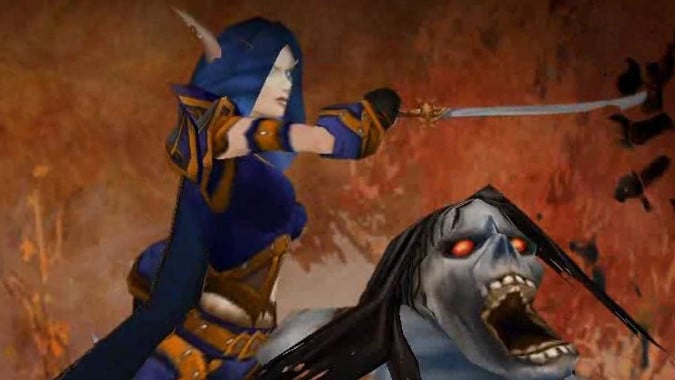 The March of the Scourge

Before the Elves knew what was happening, Lordaeron had fallen, and her Prince was a mad, feral monster seeking the destruction of his own people. Soon he turned his vast army of the dead to the north and marched on Silvermoon. Sylvanas and the Rangers put up a monumental resistance, despite being vastly outnumbered. Betrayed from within, however, they ultimately failed. And with them failed the kingdom entire. Quel’Thalas, torn in half by the Scourge, the Sunwell befouled and all but destroyed, many of its people dead, reeled and in that disaster the High Elves almost ceased to exist.

Prince Kael’Thas returned from Dalaran to find a nation that no longer existed and a people that barely did. His declaration was a drastic one, but for those who survived the Scourge, it was the only way forward. Addicted to the Sunwell, many were already suffering agonizingly just as their ancestors had when they created it thousands of years before. Not all of the High Elves forsook their identity — for example, Vereesa Windrunner retained the name and in time would come to lead a force of others who felt as she did that the Blood Elves were spitting on their people’s history — but for many, being the children of the blood was a path past the disaster.

Today both High and Blood Elves exist on Azeroth, and they even talk to each other from time to time. Will this division continue? It seems unlikely to be healed as long as the Blood Elves remain in the Horde and the few High Elves left serve the Alliance. For how that came to be, next week we’ll discuss the split and how it formed.