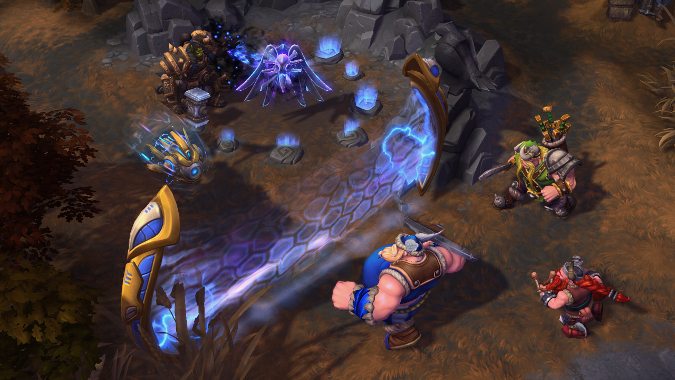 Blizzard has released an avalanche of Heroes information over the last few days. Since the surprise announcement of the next new hero, the kill-you-with-his-adorableness Probius, on Friday, the team dropped an In Development video on Saturday that highlighted many of his abilities as well as showed off a new mount, the Elemental Stag.

Then on Sunday, during the IEM Katowice Heroes tournament, the devs revealed their thoughts behind Probius. He is designed for long ranged burst damage and area denial. He will need a strong front line to keep him safe and give him time to set up his units. And his abilities require a great deal of mana, but he can regenerate his mana quickly via his pylons.

They also talked about reworking a few heroes. In particular Gazlowe who has a similar playstyle to Probius (drop mechanical units that act autonomously to do damage and deny area control.) Whereas Probius is about burst damage, Gazlowe will be redesigned to be more about sustained, long term damage. Bonus: Deth Lazor can be channeled indefinitely.

Arthas will get yet another change. He will be the anti-basic attack hero. His reworked abilities will stack a 10% debuff to auto attacks up to 40%. Anub’arak will get more anti-spell caster talents and a better Burrow Charge for faster diving. And more heroes are getting armor: normal, physical, and spell versions.

Today, Blizzard dropped a proper Probius Hero Spotlight if you want to see exactly how you’re going to get demolished by this Protoss death machine.

They also published a patch preview of a trio of new UI elements coming soon. First up is a new set of party frames. This is the bar at the top of the screen you’ve seen if you’ve ever watched a replay of a game or seen the Heroes Global Championship broadcast. It shows you in a glance your teammates health, mana, and cool downs on their heroic ability.

The devs are also bringing back portrait flames. Before this was reserved for kill streaks, but will now apply to 3 members of the match for a variety of reasons (takedowns, siege damage, support-based achievements, etc.). The players’ portrait frame up top will burn brighter the more they contribute. This applies as well to their name on the in-game score screen and their hero portrait on the lower left of the screen. But if they die, they lose it.

Finally, a killstreak fame element will be added. When a player kills another, their portrait will show up on the screen along with their kill and a timer. Every kill they make after that within the time allotted will animate the portrait on top of the last for all to see. 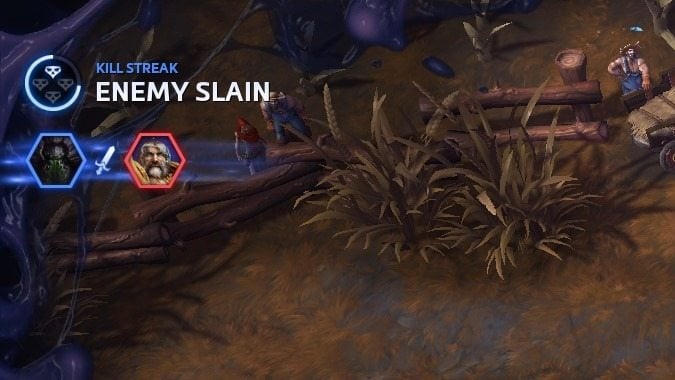 Whew. New hero, new mount, new hero reworks, and new UI elements all coming soon with the next Heroes patch. It’s a good time to be a Heroes player. Or jump in if you haven’t tried it yet.

Blizzard Watch is made possible by people like you.
Please consider supporting our Patreon!
Filed Under: Anubarak, Arthas, Elemental Stag, Gazlowe, Probius
Advertisement