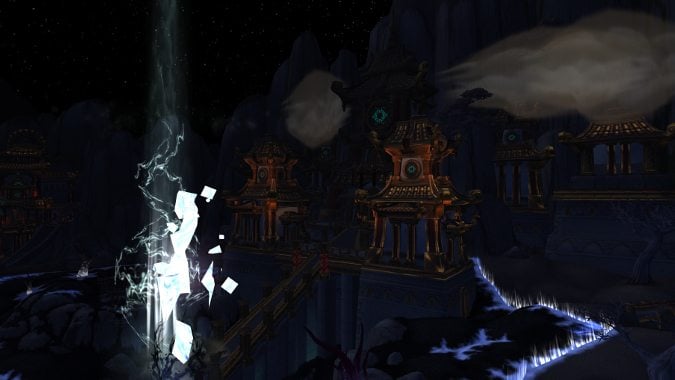 The Darkmoon Faire came back during the first full week of the month as usual. However, since patch 7.2 there are a few things in the Faire worth a mention.

Before we get to the big news, make sure you go grab your Whee! buff from the carousel. That 10% extra reputation boost will really help with that brand new Armies of Legionfall rep, plus those new Paragon caches don’t come cheap.

You can buy the new Inky Black Potion from Rona Greenteeth, the creep who lives in the woods and is probably a cannibal. The potion is 3 gold, 33 silver, and 33 copper each, though the potions don’t seem to bind, so if you’re coming late to the party you may be able to nab a couple off the auction house. The buff itself lasts for two hours and persists through zoning. During those two hours, the sky goes black with tiny stars, and it seems like the dead of night. All the ambient lighting from lanterns, pets, and armor particle effects pop while everything else fades into, well, inky blackness. This also works in places which have never seen true night before, like Shattrath City. 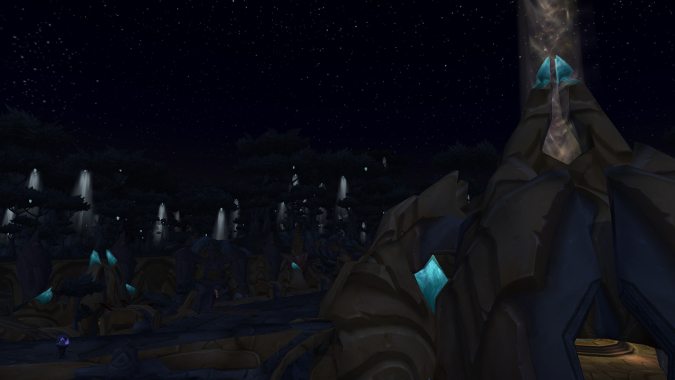 Darker night is something a lot of fans have wanted for a long time. It was in the game during Vanilla, but was removed, then re-added to only a few select zones in Legion. By restricting dark night to the potion, the dev team also gets around one of their main concerns with night. Some players only ever get to play during those night hours, which may get kind of depressing or downright difficult for some players with visual impairment. Using the potion means people get to elect to see dark night, or not.

Personally, I’d definitely recommend everyone try this out at least once, if they can. If nothing else, the screenshots are pretty stunning. There are a ton of screenshots in the Wowhead threads about the potion, if you’d prefer to see what others came up with.

Blizzard Watch is made possible by people like you.
Please consider supporting our Patreon!
Filed Under: Darker Nights, Darkmoon-faire, Inky Black Potion
Advertisement