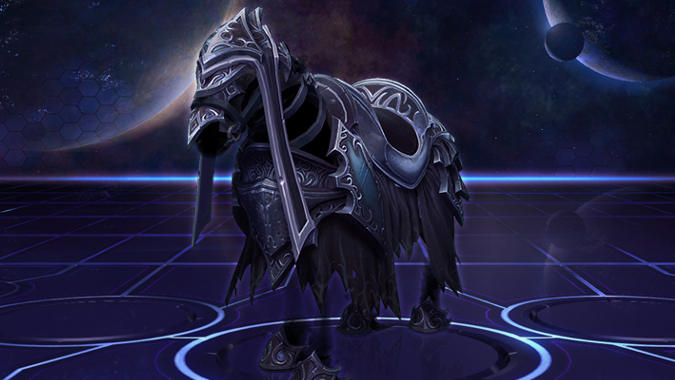 Malthael’s Charger is likely the most coveted item up for grabs, though you need extensive playtime in Diablo 3 to earn it. You have to reach level 70 with a seasonal character in Diablo 3‘s upcoming Season 4 order to use this mount in Heroes of the Storm. But right now you’ll be granted the Diablo hero automatically just for owning Diablo 3 on PC or Mac, though this promotion is only available for players who log in before September 8th. The Malthael’s Charger promotion does not have an end date at this time — likely to give everyone time to level up their seasonal characters — but may well end with Season 4.

Decent rewards await Diablo 3 players as well. You only need to get to an account level of 12 in Heroes of the Storm to unlock both a new Heroes-themed pennant and portrait border in Diablo 3. This is the same level needed for the Heroes-themed card back in Hearthstone, but a full eight levels lower than needed for the ongoing World of Warcraft cross-promotion pet, Graves, which is still available for all you pet collectors.

Blizzard Watch is made possible by people like you.
Please consider supporting our Patreon!
Filed Under: Diablo Promotion, Diablo Season 4, Graves, Heroes Of The Storm Promotion, Malthael’s Charger
Advertisement