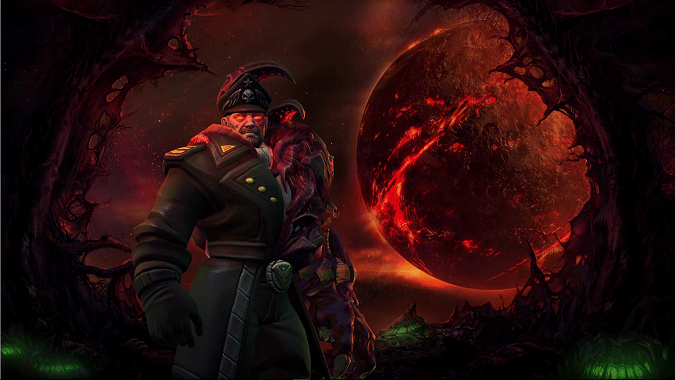 As promised yesterday, we now have an official look at Alexei Stukov, the next hero coming to Heroes of the Storm. One of the big questions in the community after he was officially teased was whether he’d be a Support, a Specialist, or something else. The answer, it turns out, is that Stukov will be a melee Support unit.

Utilizing viruses as a way of both healing allies and hurting enemies, Stukov looks like he’ll bring nearly as much damage as he does healing. Take a look for yourself:

If you want to get an idea of what all of these look like in action — and you do, because Massive Shove is amazing — be sure to watch the full hero spotlight below:


As you may have gathered, Stukov’s strength appears to come from his ability to disrupt the enemy team with slows, silences, and knockbacks. In fact, if not for his Healing Pathogen, it would probably have been fairly easy to classify him as a Specialist rather than a Support. Regardless, he looks like the kind of Support hero that will get a lot of people wanting to suddenly play Support.

Oh, and the best part? He has a pirate-turned-kraken “Admiral Krakenov” skin that is everything you could ask for. If you’re as sold as I am on Stukov, Destructoid has a nice breakdown of all his talents, which should give you a nice head-start on planning your particular blend of virulency.

Blizzard Watch is made possible by people like you.
Please consider supporting our Patreon!
Filed Under: Stukov, Stukov Heroes Of The Storm, Stukov Hots, Stukov Support
Advertisement