Lianne Menethil, Queen of Lordaeron, and her husband King Terenas had two children — Princess Calia Menethil and Prince Arthas Menethil. Arthas was heir to the throne, and his childhood was as close to idyllic as possible. He was born four years before the First War between Humans and Orcs ravaged the Kingdom of Stormwind and sent refugees fleeing north.

Arthas grew into young manhood surrounded by those affected by the wars. His childhood friend was Varian Wrynn, the heir to Stormwind and presumptive King after the death of Llane. His tutor in combat was Muradin Bronzebeard, a hero of the Second War and ambassador to Lordaeron from Khaz Modan. And the Prince was taught in the arts of the Knights of the Silver Hand by Uther the Lightbringer himself. If anyone could be said to have a golden childhood, touched by greatness without  having had to suffer the losses, it could have been said to be Arthas Menethil. 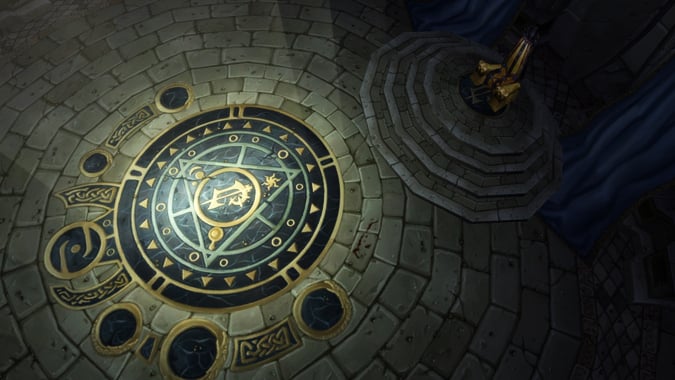 The First and Second Wars

Arthas was born in a time of peace. Lordaeron hadn’t had a major conflict in years and was the largest and most powerful of Humanity’s Seven Kingdoms. Yes, Strom was much older, and the first established, while Alterac was more centrally located. Dalaran was the realm of magic, Stormwind was on the edge of the frontier, Kul Tiras had a powerful navy, and Gilneas prided itself on self-sufficiency and industry. But none could dispute Lordaeron’s role as the kingdom of Humans.

He grew to childhood as the First and Second War unfolded. Unlike his eventual friend Varian Wrynn, Arthas was not raised by Terenas to be a warrior. The Kings of Stormwind were expected to rule from horseback, to fight as well as their troops. But Stormwind was on a frontier and under constant threat from the Trolls of Stranglethorn Vale. Lordaeron had long since seen the few remaining Trolls of the north retreat behind the walls of Zul’Aman to the north, with a few holdouts in Zul’Mashar to the east. While Lordaeron still held a martial tradition, Terenas was too busy with diplomacy and other tasks of rulership to train his son in the ways of combat.

When the refugees from Stormwind arrived, Arthas sought out Varian Wrynn as a peer. Varian was a few years older than he was, but as Crown Princes they were essentially equals. Distraught over his parents’ death, Varian became friends with Arthas, but the two princes lived very different lives. Varian had witnessed the fall of his kingdom, the death of his father, the loss of his innocence, and had already spent years training to learn how to do battle himself. Arthas was younger and inexperienced. His kingdom still prospered, his father safe upon his throne. After the end of the Second War, Varian eventually went home to a Stormwind rebuilt in part due to Terenas’ influence among the other kingdoms. The two Kingdoms became strong allies, Stormwind often voting in support of Terenas’ plans.

This left Arthas without his closest friend just as he entered his teen years. In truth, Varian was already shouldering adult responsibilities, tasks that Arthas would not be ready to accept for years yet. At this time, Arthas was still untrained, still just discovering the weight of his future responsibilities. 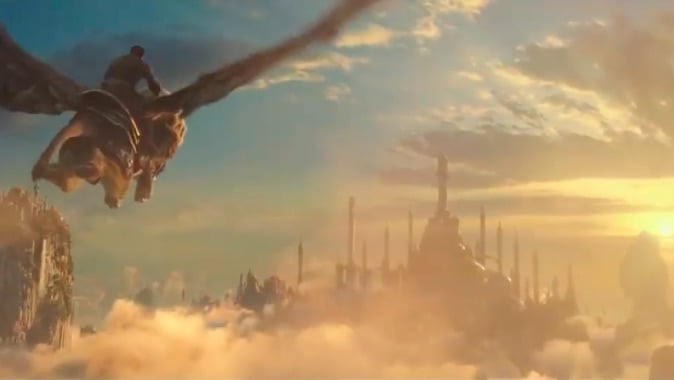 Arthas eventually met three people who changed the direction of his life. One became more than a friend, while the other two served as mentors and taught him valuable skills. With Varian gone, Arthas hungered for someone who could understand what it was to be the heir to a throne, and the burden of responsibility that came along with the expectations of an entire kingdom. He met such a person in Lady Jaina Proudmoore, daughter of Admiral Daelin Proudmoore of Kul Tiras. At the same time, Arthas finally began training at arms with Muradin Bronzebeard, who had become friends with Terenas during the Second War and served as Ambassador to Lordaeron. In addition, Arthas also found himself undergoing religious instruction under the aegis of Uther the Lightbringer, first of the Knights of the Silver Hand.

These three relationships came to define the young Prince going forward. Arthas and Jaina bonded when he escorted Jaina to her studies with the Kirin Tor at Dalaran, but he would not see her again for many years. Both Uther and Muradin, however, would be daily presences. As he grew into manhood, Arthas studied and learned from both, each heroes and legends in their own right. It was during this period that Arthas also first learned what might be expected of him as King someday.

King Terenas ordered Calia to become betrothed to Lord Daval Prestor against her will, despite her begging to be spared this fate. Arthas never learned that Daval Prestor was the dragon Deathwing in disguise. He never discovered that the betrothal to Calia was simply part of Deathwing’s plan to use Alterac and Lordaeron as a power base in his machinations. But from witnessing Calia’s distress and hearing her implore him never to sell his own children into marriage for political gain, he came to realize that someday he, too, might be compelled to marry not for love, but simply to provide Lordaeron an heir. It was the not the first time his responsibilities as Prince overwhelmed his desires, but it served as a harbinger of the potential future. 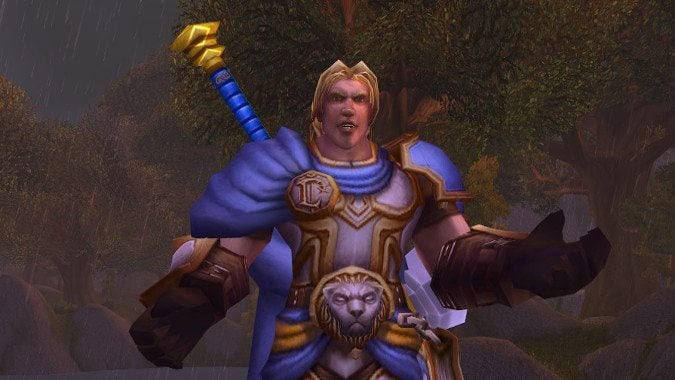 At the age of 19, Arthas traveled south to the Cathedral of the Light in Stormwind for a ceremony that would change his life forever. The golden child of Lianne and Terenas was now fully a man, a year past his age of majority. His childhood friend Varian was now grown to adulthood, newly married and a father. Varian served as host as the royal families of Azeroth’s Human kingdoms made their way to Stormwind for Prince Arthas Menethil’s age of ascension. The untrained boy that Muradin Bronzebeard tutored was now a skilled fighter who could defeat the old Dwarf himself in hand to hand. He could even stand his ground against Varian, who had many years more training than he did.

Arthas himself however had some doubts about his worthiness to ascend to the position of Knight of the Silver Hand. He took comfort in the words of his tutor, Uther, who told him a simple truth. He felt unworthy because he was unworthy. No Paladin is truly worthy on his or her own. The reason the Light chooses them is because they can strive to be worthy, and in the process spread its message through the world. It was by grace, and not personal worth, that a Paladin came to the Light.

Surrounded by his father and sister, his mentor and his brothers and sisters in the Knights of the Silver Hand, and members of Human nobility — including Lady Jaina Proudmoore — Arthas walked into the Cathedral of Light, and Archbishop Alonsus Faol pronounced him a member of the order. Gavinrad the Dire, one of the first Paladins, presented him with Light’s Vengeance, a holy warhammer. Every golden hint of promise seemed confirmed, and Arthas strode from the Cathedral a Paladin. A champion of his people. A protector.

And more is the pity. For if Arthas had been less — less a skilled warrior, less a responsible Prince, less a glorious Paladin — what befell him might not have happened.