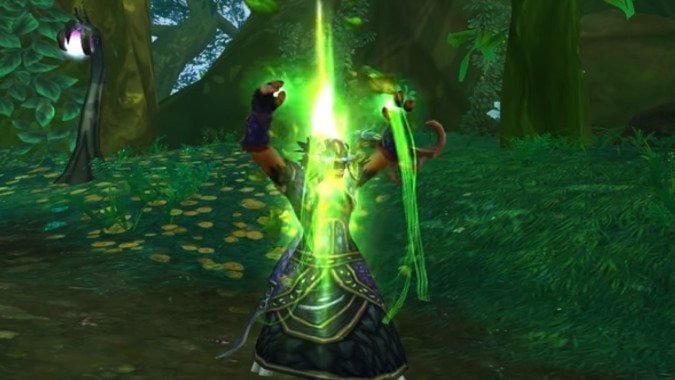 Back at the start of Legion, we got new combat animations for each class. Some players loved them — I’m personally still hugely fond of how Rampage looks — and others weren’t so happy. Also, caster classes like Mages, Priests and Warlocks noticed they didn’t get the same love. Well now they will, as patch 7.3 will see the debut of new spell animations for ranged caster classes.

The best part of Blizzard’s preview post is the direct input of the people who worked on the animations — Lead Class Designer Adam Kugler, Senior Animator Kevin Rucker and FX Artist Sarah Carmody each explain what went into the redesigns. I think Sarah Carmody really nailed the dilemma facing the team when she said:

The effects revamp effort was all about the balance between paying homage to the original feel and reimagining everything. How do we breathe new life into each spec, but make sure we retain the core identity? How do we build a tighter, more cohesive class fantasy around spells players have been casting for 12+ years? How do we make sure all these fancy new effects don’t tank your graphical performance? It has been a long, careful balancing act between what we, as artists, want it to look like and what you, as players, want it to feel like. {PB}

I have to say, I actually want to play my Shaman now. The classes and specs that are affected in this sweep are Priests, Mages, Restoration and Enhancement Shamans and Restoration Druids. We’re looking at changes to how the characters stand before casting spells, how they actually cast the spells (their animations) and even the spell effects themselves — what spells like Arcane Missiles and Smite look like once cast.

There’s a lot of work involved in all that, and I think Druids and Shaman look really good now. I’d even be willing to give Priests a try, because they look pretty awesome in the videos so far. Maybe I’ll even level my Mage.

I mean, let’s not get nuts here, but the new one-handed ‘quick’ animations really work for me. They do a lot to break up the routine and give spells a more fluid feel. I do think that striking the balance between WoW looking like WoW and giving us something new is no mean feat. I’m interested to see these live in the game.

More classes are getting looked at in the future — so classes like Warlocks need not fret, you’ll get your time in the spotlight along with Balance Druids and Mistweaver Monks. If you’re curious to see what’s coming, head over to the official site and take a look at Blizzard’s preview.