The Queue: Someone is going to have to explain this to him 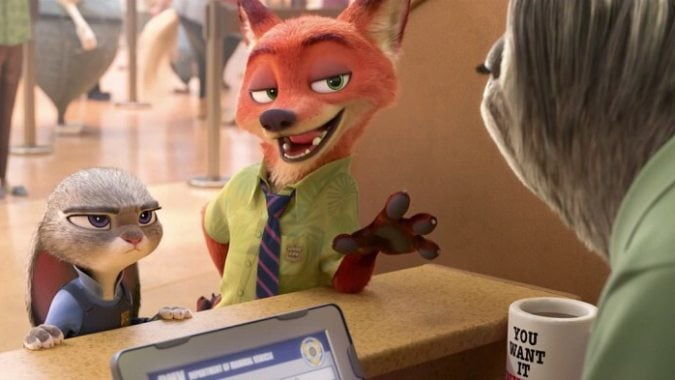 After deciding in yesterday’s Queue comments that Mitch is, in fact, Nick, all he had to say was, “it seems to be related to a Disney movie I have not seen.” Horror! Heresy!

But I can’t be expected to teach the poor kid everything. Someone else is going to have to handle this, because we have questions to answer and they aren’t from Mitch at all—

1. How much Hit does @Elaraiyne need to make sure her heals don’t miss?

What is your favorite of the mounts added in 7.3?

I’m one of many who fell in love with the Lucid Nightmare mount, but getting it is another story.

Though skipping past the obvious answer, I also hope to pick up the new Ruinstrider mounts. There’s a elegance to their long legs and curved horns… and also there’s nothing funnier than a Gnome riding a mount that’s twice her height.

QftQ Liz: Did you also attempt the Endless Halls? Did it make you want to murder a little pony?

I keep seeing people posting their maze maps and I have to admit that:

Obviously I have to do it eventually if to get my own evil unicorn, but yergh. (And, really, the lack of graph paper makes me very twitchy. No wonder people are having so much trouble.)

Q4tQ: Why did they make the Vindicaar so difficult to get around?

Draenai architecture, man. It’s all style and no practicality, dating back to the Burning Crusade days.

{PB}But, okay, let’s look at this from a game design standpoint. There’s a balance, and I would say a rather delicate one, between making every game area same-y but familiar and making every game area unique but bewildering to navigate. We would be bored if every city were the same simple grid, but there are certainly places where I have to wonder if Blizzard couldn’t have made it just a little easier to navigate. Take class halls for example. They look awesome, but I have an add-on specifically to point out where everything is in them — because, sure, I know where stuff is in my main’s class hall, but I just get lost in the Druid and Rogue halls. I think of the cumulative time I’ve spent running around in circles trying to remember where to recruit minions and weep.

But my long-time nemesis is Orgrimmar.  I am incapable of finding my way around Orgrimmar. And heaven help me if I go there on an alt without flying, because it will, guaranteed, take me 20 minutes to find my way up to the wind-riders and zeppelins. Sure, the city looks awesome if you’re into the whole spike-chic thing, but oh my god. I remain disappointed that we didn’t raze it the ground and replace it with old Orgrimmar back in the Siege of Orgrimmar days.

So where’s the line in the sand between looking cool and being functional? I’m not sure, but I know it’s not h*cking Orgrimmar. And not the Vindicaar, either.

I changed my paladins name, gave him a different hair style and color…now I can not stop playing him. I’m suprised a little detail like that could be so drastic.
QftQ: Have you changed a few details of a little used character that made all the difference in how much you played that character? A race change, name change…anything?

I really can’t explain it, but something about them just didn’t feel right anymore.  I feel the same way about transmog sometimes, too — there are looks that just don’t work for certain characters, and leave you dropping everything you’re doing to run to the nearest major city and transmog over the clown gear you just got. (And who among you remember the days of Burning Crusade where you might ignore big gear upgrades because they looked too awful?)

Huh. Now I’m thinking I need to go back to my Warlock and make her hair pink again. (Because what I really need, what we all really need, is another alt, right?)

That’s all for today, folks. Anne will be in tomorrow to answer your questions, so if you have any lore conundrums, now’s the time to ask them. See you next week!