There were once seven nations of Humankind in the Eastern Kingdoms. All descended from the proud Arathi people and the first Empire of Strom, but they followed many different paths. The people of Strom turned insular and became Stromgarde, a walled fortress that held the history of their first nation. Mighty Lordaeron rose to dominate the region, built in the shadow of the lost tomb of Tyr in the Tirisfal Glades.

The Mages of Dalaran forged a unique destiny for themselves, dedicated to arcane study. The people of Alterac carved out a place in the mountains where Humans once fought Trolls. Many of Strom’s original ruling bloodlines headed south and founded Stormwind on the frontier. Meanwhile, Gilneas grew proud and independent.

But one people never had a king or a queen. One people chose to take to their ships and found a place unlike any of the other nations. An island that provided them with a kind of independence. It lacked the stiff-necked arrogance of Gilneas or the rejection of Stormwind, the mysticism of Dalaran or the ambition of Lordaeron. For one nation, the sea would be the means to its survival and the road to its future.

That nation was Kul Tiras, and no one knows what’s become of her. Like the ships that once plied the sea in her name, she now sails on uncharted waters, if she is still afloat. 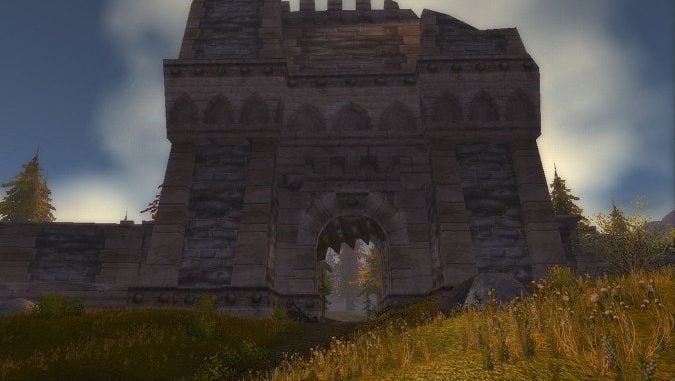 The fragmentation of Humanity

Thoradin united his people. He battled and defeated the Amani Trolls in alliance with the High Elves of Silvermoon. In the process, he founded an Empire that spread out across the northern half of the Eastern Kingdoms. But Thoradin’s empire did not last — his direct heirs and descendants lost control.

Over time, provinces like Lordaeron, Gilneas, Alterac and Dalaran all declared themselves sovereign and independent. Eventually even ancient Strom was ruled by others. Some chose to leave rather than wage a civil war to reclaim what had been theirs. In time, these descendants would found Stormwind, the southernmost of humanity’s nations. At this time, no one nation could claim to rule all of Humankind. The heirs of Thoradin were far to the south, while the most powerful nations squabbled.

Before the fragmentation set in, a group of sailors had left Gilneas seeking resources and trade routes. They ended up finding more — a large island off the coast of Khaz Modan that teemed with much the same mineral wealth as lay in the mainland kingdom of the Dwarves. But the Dwarves were not much for sailing, and had left the island undisturbed. This meant the sailors could exploit this treasure trove of raw materials. And exploit them is exactly what they and their descendants would do. Soon a thriving city-state rose from the island. It fed its people with fishing, and traded resources mined from the island in pretty much every Human port. In time, as Stormwind rose to prominence in the south, the city-state of Kul Tiras was well poised to serve as the trade hub between the southern kingdom and its northern kin. 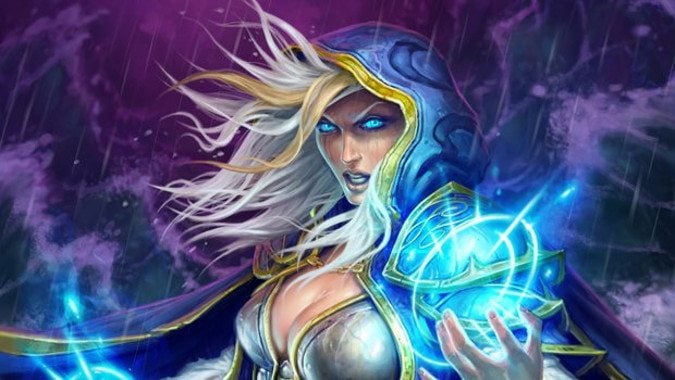 Kul Tiras was never a kingdom — it never had a king. It was a nation state of its own, unique and independent and beholden to no one. But the city-state on the island was ruled by a Lord Admiral, reflecting the importance of the sea to the daily lives of the Tirasian people. It’s unknown when the Proudmoore family rose to the rank of Lord Admiral. By the time of Daelin Proudmoore’s ascension it was a hereditary rank — King in all but name.

Daelin was in a unique position as Lord Admiral to meet other leaders from a variety of kingdoms and get to know them. For example he was close friends with Anduin Lothar, the last of the Arathi bloodline and leader of the Brotherhood of the Horse. Kul Tiras did a brisk trade with everyone from isolationist Gilneas to isolated Stormwind to lofty Lordaeron. When the refugees arrived in Lordaeron from Stormwind telling tales of its destruction, Daelin knew to listen.

Kul Tiras and her magnificent navy had been created and armed to deal with piracy. A full scale naval war wasn’t something they’d ever had to fight. Daelin soon found himself battling the Orcs on the high seas. But soon his ships were burning as the Orcs unleashed enslaved Red Dragons to attack. One such attack destroyed the entire Third Fleet, a group of six ships led by Derek Proudmoore, and cemented Daelin’s lifelong hatred of the Orcs and the Horde. 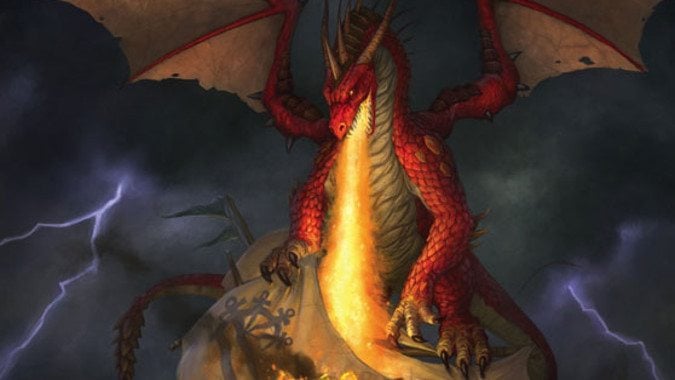 The Second and Third Wars

Despite this loss, Daelin led Kul Tiras and the Alliance Navy to victory over the Orcs. Disputes over the peace nearly threatened to tear the Alliance apart in victory. The cost of creating and garrisoning Nethergarde Keep and the interment camps caused arguments. So did the fate of Alterac after the Perenolde family betrayed the Alliance. Gilneas withdrew back into isolationism, but Kul Tiras did not.

Indeed, Daelin’s daughter Jaina seemed interested in looking outward, becoming an apprentice in Dalaran. She also grew close with Lordaeron’s Prince Arthas, a potential match their families were favorable towards. Kul Tiras’s Lord Admiral even attended Arthas Menethil’s ceremony upon joining the Knights of the Silver Hand in Stormwind.

But the disaster of the Third War caught Kul Tiras entirely off guard. Suddenly, Gilneas was closed to outside trade. Lordaeron was gone, and Dalaran not far behind it. Alterac was still without any real ruler, Arathi essentially so as well with the Trollbane line in disarray. Demons and corpses walked throughout the land. And Daelin’s only daughter sailed west towards an unknown destiny. Unable to save the Eastern Kingdoms, Daelin decided to take his fleet and find where Jaina and the other survivors had gone. 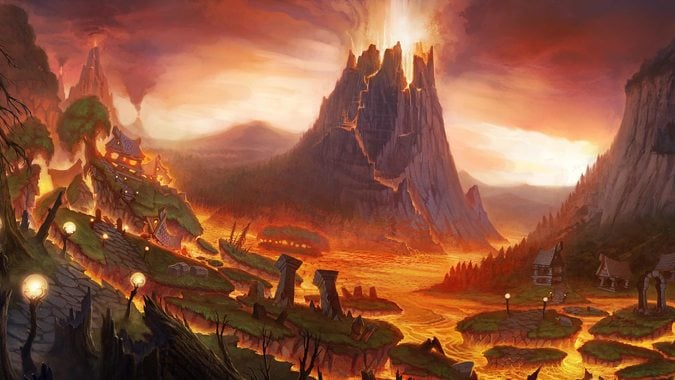 Where has she gone?

This was the last we heard of Kul Tiras as an independent nation. Daelin’s discovery of the Horde on Kalimdor and his ill-fated war against it is well known. It ended in his death, while his own daughter stood aside and watched. But what happened to Kul Tiras? After Cataclysm it seems as if the island has vanished. The submerged plateau including Vashj’ir pokes a few mountain peaks out of the water where Kul Tiras once was. However, the island itself is gone. Did it sink, or was it pushed out to sea by the shifting ocean floor when Deathwing made his appearance? No one knows.

And if it still exists, what does it look like today? With the Lord Admiral dead, its mighty fleet taken to Kalimdor to wage a war it lost, what does life look like for the people who remained on the island? Who leads them? Do they still fish for sustenance? Kul Tiras was once an economic power. It traded with Dwarves, Gnomes, Humans, and even the High Elves on occasion. But now if their mineral riches flow, they do so to unknown hands.

It’s long since time to find what happened to Kul Tiras. The last of the seven nations of Humanity needs to be rediscovered.