What do you think of the new Heroes of the Storm AI? 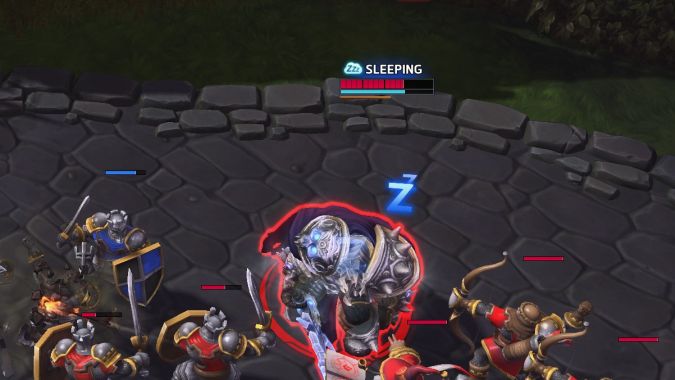 With the latest major update to Heroes of the Storm, we were treated not only with Overwatch‘s Ana and a Volskaya-inspired battleground, but also some pretty major updates to the AI. And when I say major updates, I really do mean major updates.

The AI now updates more rapidly, which means they can react faster and use more abilities in a shorter period of time. On top of that, they have a much more advanced prioritization system for avoiding danger. Rather than just running away, they try to determine the different safety levels of the area around them. Heck, they can even stutter-step!

In short, they’re a lot smarter than they were before. But, of course, being smarter also means they’re a lot harder. On the one hand, this is really nice for anyone who wants to work their way up to Quick Match and eventually even Hero League, since the AI gives a much more realistic experience in terms of what you’ll be up against with real people.

On the other hand, it’s seemed to also make the “Beginner” AI about two difficulty levels higher than it was before. As a result, matches that most players could no-brain through in 5 minutes before are taking two or three times longer now. Which also means that it’s not as easy to plow through your daily quests now.

Some people are perfectly okay with this! I’ve gotten used to the new Beginner AI — except Lucio, who seems to move so sporadically none of my skill-shots will hit grumble grumble — which has made things go a little smoother than they were release week. Others, however, prefer being able to knock out dailies in 5 minutes.

Which end of the spectrum do you fall on? Are you enjoying a bit more of a realistic challenge? Or do you want to keep your AI games as simple as possible?

Blizzard Watch is made possible by people like you.
Please consider supporting our Patreon!
Filed Under: AI Changes, Heroes Of The Storm Ana, Hots AI
Advertisement