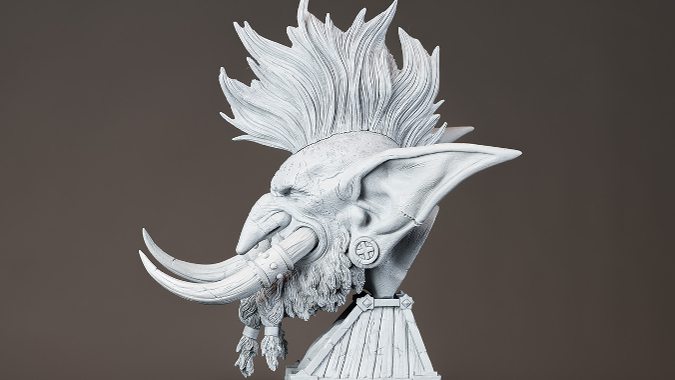 The BlizzCon Charity Auction has gone digital this year. Rather than taking place physically at BlizzCon as it has in years past, this year’s auction is being held on ebay. Some of the available items include preproduction prototype statues of Blizzard merchandise, signed prints, and one-of-a-kind pieces of art created specifically for the charity auction, such as this acrylic Dreadlord Jaina painting. There are also familiar prints from several of Blizzard’s cinematics, and even a couple of pieces that were featured in World of Warcraft: Chronicle Volume 2.

All proceeds from the Charity Auction will go to Children’s Hospital of Orange County.

For over 50 years, CHOC Children’s has been steadfastly committed to providing the highest quality medical care to children. This BlizzCon, members of the global Blizzard community will have the opportunity to bid on an array of unique Blizzard artwork and collectible memorabilia to benefit CHOC through the online Blizzard 2017 Charity Auction, taking place Thursday, November 2 through Tuesday, November 7. You’ll have the opportunity to add some legendary items World of Warcraft items (and more!) to your collection, and Blizzard will donate the proceeds to benefit CHOC Children’s.

If you’re looking to get your hands on some of these items, get ready to bust out your wallet. The Dreadlord Jaina painting, at the time of writing, is already sitting at $260 — the Garrosh Hellscream statue prototype is over $800.

Blizzard Watch is made possible by people like you.
Please consider supporting our Patreon!
Filed Under: Blizzcon 2017, Charity Auction, Children’s Hospital Of Orange County
Advertisement