The evolution of Overwatch’s heroes 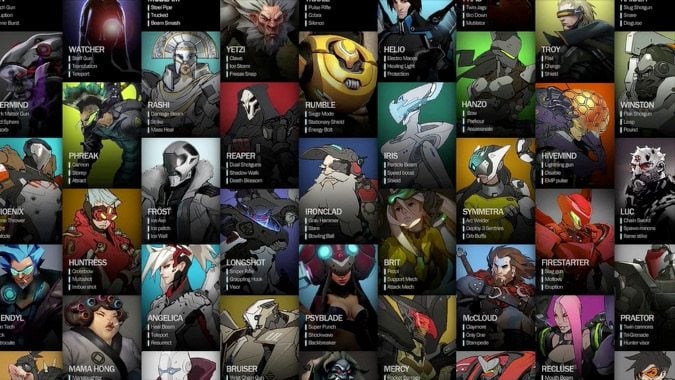 Thanks to the Overwatch Archives panel at BlizzCon, I’m wondering if we’re ever going to get Firestarter, Recluse, or McCloud. In the panel, we were told a bit more about the genesis of Overwatch  — the Titan MMO project. In the original design process for Overwatch, the team came up with over 48 heroes, based in player concepts from Titan or their own ideas. Alex Afrasiabi came up with a character who was a Russian woman riding a bear and dual-wielding machine guns. Her ultimate? The bear would rear up and draw two machines guns of its own. Why this never made it into the game is utterly beyond me.

In the header image above, you’ll note a wide variety of heroes who are mixed up versions of current heroes. Mercy is quite obviously Angelica in that image. But there’s also a Mercy in that image, and it’s fairly clear that Mercy is an earlier version of Pharah. One could call it the original Pharmercy, if one liked. Ironclad is clearly Torbjorn, there’s a version of Symmetra, and then there’s Hanzo — who is clearly Genji. 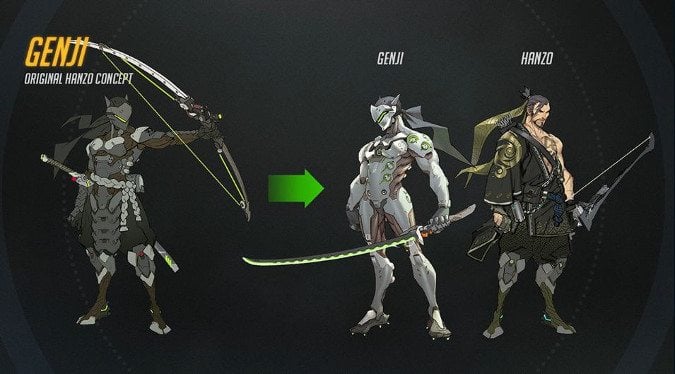 This process didn’t just end up with some characters changing names or splitting into two different ones, however. Overwatch took the basic idea of a game with fifty classes and changed it into one with a multitude of different heroes. Of those original 48 or so hero designs almost half never went anywhere in game. We still don’t have Mama Hong, for example. And despite what Jeff Kaplan says, I sincerely doubt he really means to introduce her.

But let’s take a moment and look at another piece of concept art from Overwatch’s initial pitch to Blizzard and Activision. 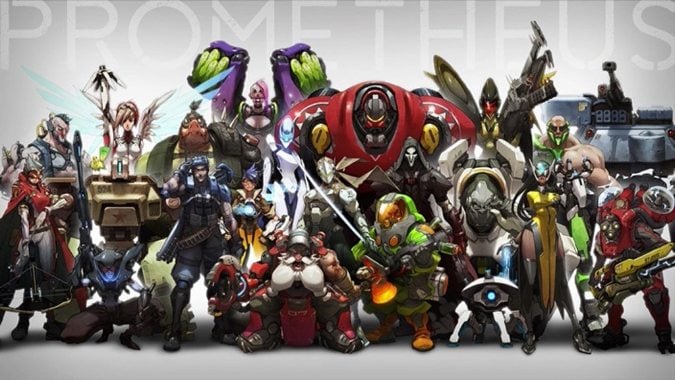 Arnold Tsang drew this image and the intent behind it was to present a new concept, divorced from all the Titan art and assets that helped inspire it. It was intended to essentially serve as an Avengers or Justice League style lineup. It’s a great image. But what you lose here are a lot of the stranger designs from those 48 or so character concepts. We’re not looking at Overwatch yet, but we’re definitely looking at something amazing. Some of these concepts were still rough versions of what we have now — Roadhog and Widowmaker aren’t themselves yet. Reinhardt is a giant red robot named Wildebeest, and some of the ideas they had for him went into Orisa later.

But this still leaves me wondering — how many of the characters from Overwatch will never make it live? Will we ever see Jetpack Cat? 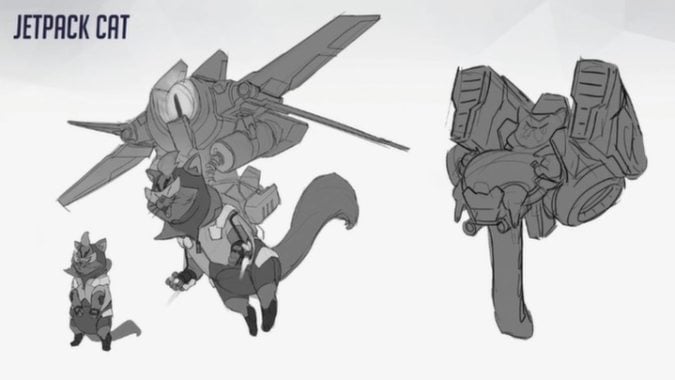 It seems likely that characters like McCloud will never make it live because he’s a Highlander. Jetpack Cat is probably too far for Overwatch. I mean, you could put in that they were doing tests like the ones Winston and the other apes experienced on cats, but I don’t expect to see it. Instead, it feels like the heroes have been consolidated in places. For example, three different female snipers seem to have melded into Widowmaker, for example. In other places, they’ve been split apart. Rather than ever seeing Helio, Troy, or Luc, I expect some new iteration of the ideas behind them is more likely to appear at this point. The Overwatch team is moving further into its own design, and away from Titan’s art style. Hockey hero will likely never make it live, even though Canada needs representation. 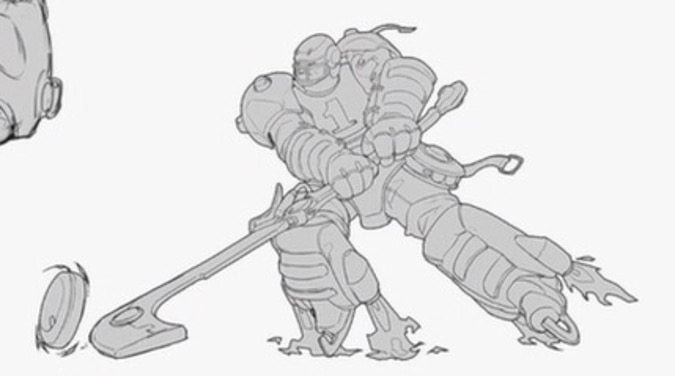