Let’s face it — realistically speaking, we’re a long way off from Classic WoW, whatever shape that happens to take in its development. But World of Warcraft has been around for thirteen years now — and it’s been nearly eleven years since Burning Crusade, its first expansion. While some of us may have fond memories of days long gone, others may not remember what the game was like in WoW’s first iteration.

With that in mind, it seems only right to revisit the past and refresh our memories regarding WoW’s story, way back at the very beginning. What was going on? What’s changed since then? In the beginning, the Alliance only had four races to choose from. But each race had its own struggles to deal with in the years following the Third War, featured in Warcraft 3.

For the Night Elves, life has taken an unexpected turn. Nordrassil was destroyed at the end of the Third War, taking the Kaldorei’s immortality right along with it. Archdruid Fandral Staghelm sought to plant another World Tree, but Malfurion warned him that nature would never bless that kind of selfish act. Shortly after, Malfurion fell into a deep slumber from which he did not awaken. This left only Tyrande Whisperwind to lead the Night Elves … and Fandral to lead the Druids of the Cenarion Circle.

But it seemed that Malfurion’s warnings were correct. Without the blessing of the Aspects, Teldrassil has begun to fall to corruption by the Burning Legion. Meanwhile, Tyrande and Fandral are not on the best of terms — and nobody has heard a peep from Malfurion Stormrage. Fandral’s harsh leadership doesn’t seem to have extended to all of the Druids. There are those that question his motives, in particular his obsession with a strange plant called Morrowgrain.

In later patches, more of Fandral’s past is uncovered with the discovery of the Scarab Wall in Silithus. Players seeking out the Scepter of the Shifting Sands to open the wall learn more about the original War of the Shifting Sands and Fandral’s involvement with it. It explains his gruff behavior a little … but the purpose of Morrowgrain remains an intriguing mystery that Fandral, the Druids of Feathermoon Stronghold, and even the Tauren continue to try to unravel. 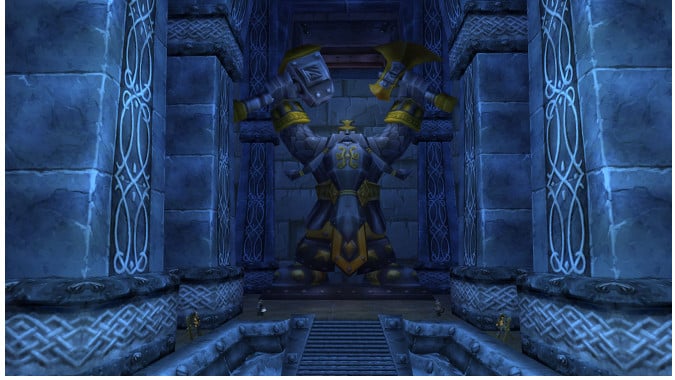 The Dwarves of Ironforge have a slightly different tale to tell. In Classic WoW, only the Bronzebeards dwelled within the great mountain, and the Dark Iron were still sworn enemies. While the Wildhammer acted as allies, they weren’t part of the Alliance. Instead, they made their home in Aerie Peak to the north. Despite not being official members of the Alliance, the Wildhammer are still friendly enough to Alliance players.

King Magni Bronzebeard still leads the Dwarves of Ironforge, but he has problems of his own. His daughter Moira has gone missing, and he needs the help of heroes to find her. It turns out Moira’s been captured by the Dark Iron, held in Blackrock Mountain by some kind of sorcery. On top of that, his brother Brann has gone missing as well while out exploring the world. Magni may have located Moira, but Brann’s location is a mystery … for now.

Beyond missing relatives, the biggest concern for the Dwarves at this point in history is their own history. Recently, the Dwarves unearthed a series of ruins that suggested their race had ties to the mighty Titans. This discovery kicked off a renewed focus not on mining, but on exploration and archaeology. King Magni wants the truth about the origin of the Dwarves — and he’s sent explorers all over the world to try to find it. 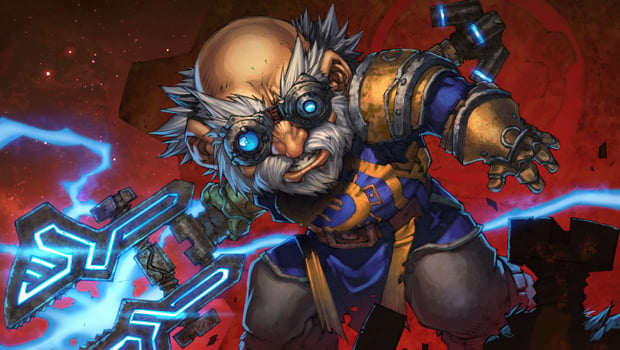 For Gnomes, Classic WoW was a little bleak, to say the least. Unlike other races, the Gnomes didn’t participate in the Third War. Instead, they chose to withdraw into Gnomeregan. After the Third War had ended, the Dwarves discovered why. An ancient menace — Troggs — rose from the depths of the earth and invaded the city. Knowing that the Alliance was preoccupied with the threat of the Burning Legion, the Gnomes opted to fight this battle alone.

It was a losing battle, and High Tinker Mekkatorque knew it. With little choice left, his advisor Sicco Thermaplugg suggested a radical solution — irradiate the city, and drive the Troggs out. Mekkatorque decided to take Thermaplugg’s advice, and ordered an emergency venting of the city’s radioactive waste tanks. But it didn’t destroy the Troggs — if anything, it made them stronger. Unable to continue fighting in an irradiated city, the Gnomes were forced to flee and leave their capital behind.

Rumors swirled that Mekkatorque’s advisor was actually responsible for the initial Trogg invasion. Given Thermaplugg’s continued residence in Gnomeregan, it would seem those rumors were true. Regardless, the Gnomes had nowhere to go when they lost their battle. The Dwarves took them in, offering them space in Ironforge — it wasn’t Gnomeregan, but it would do. In the meantime, Mekkatorque worked on ways to retake his city and return the Gnomes to their rightful home.

For Humanity, life in the wake of the Third War is as much of a struggle as ever. The kingdom of Stormwind has been rebuilt following its destruction after the First War. Yet the outlying areas of the kingdom are still under attack, both from the familiar faces of the Horde, and other, darker forces. King Varian Wrynn is nowhere to be found. His son, a very young Anduin Wrynn, leads the kingdom in his stead — alongside Bolvar Fordragon, and Lady Katrana Prestor.

Westfall’s residents are under constant attack from the Defias Brotherhood — a group formed from former craftsmen of the Stonemason’s Guild. The Guild rebuilt Stormwind to its present glory, but they weren’t properly compensated for their work. Angered by Stormwind’s refusal to pay them their due, they turned to a life of banditry and thievery; robbing citizens for the money they were rightfully owed. Rumor has it that the Defias are responsible for King Wrynn’s disappearance.

Meanwhile, the citizens of Darkshire are under constant attack from both Worgen and Undead. An evil malaise cloaks the region in near-constant darkness, and little to no help is being offered from Stormwind. Left to their own devices, the people of Duskwood formed their own local militia, the Night Watch. And further to the east, the town of Lakeshire battles near constant attacks from Blackrock Orcs. Once again, Stormwind has sent little to no aid, leaving the town to fend for itself.

Humankind is a little different in Classic — many of Humanity’s problems stem not from the Horde, but from within the kingdom itself. This leaves players with an intriguing mystery to unravel — where is Varian Wrynn? When will he return? Will any of the outer edges of the kingdom get the help they desperately need?

This may all sound a little disjointed — but that was fairly deliberate, this early in the game. With only four races to choose from, each race had its own thematic storyline. Players spent most of their time leveling within the scope of their own racial areas. Night Elves could almost exclusively level from 1-60 on Kalimdor if they wished. Humans spent much of their time in the southern reaches of the Eastern Kingdoms, only traveling north once they’d reached a high enough level to venture into the Plaguelands.

It wasn’t until WoW’s expansions that a coherent story began to emerge — one that wove the fates of all four original races together. In addition, new races were added, with coherent storylines of their own. But in the beginning, WoW wasn’t so much about telling one seamless story as it was presenting the opening chapters of what would prove to be a lengthy, ongoing tale. Quests sent players all over the world, encouraging exploration — sometimes infuriating in their travel time, but fascinating nonetheless.

However, these weren’t the only tales that Classic had to offer. Next week, we’ll take a look at the Horde, and the challenges they faced in the early days of WoW.