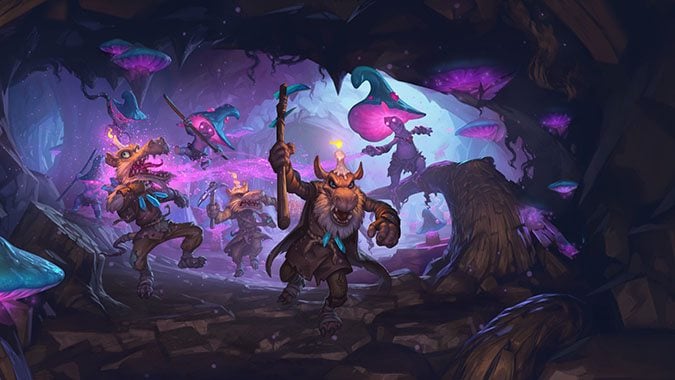 Hearthstone players may have noted that daily quests haven’t been appearing on login. It’s a known issue, and Blizzard has been working on a solution for it, but as yet it remains unresolved. However, there appears to be a workaround for now — Community Manager Jesse Hill hopped on the official forums to offer one potential solution.

Thank you again for the continued patience as we work to get this matter resolved.

Until we have finalized a fix to help resolve the matter with player’s quests not appearing, there is a potential work around that could assist further for those not finding success with relogging.

When entering Hearthstone, it is important to stay logged in for at least a few minutes before attempting a relog. Logging in to check if your quests have updated, then logging out right away could potentially be adding to the matter by not allowing enough time for the servers to talk to your client.

This is also why some players are reporting their quests updating after a game is completed. This added time in Hearthstone allows for server to complete refreshing the quests.

Furthermore, we are also looking into the anything impacting of quests to the accounts that are still affected.

Of course, this is not the ideal method for quests to update and we hope to have everything working normally soon.

Feedback in the thread seems to be mixed — the proposed solution is working for some players, but others are still experiencing the same issue. Exiting the game client entirely and relogging also seems to be solving the problem for some people. Other people have offered additional solutions that worked for them — but what’s working for some isn’t working for others, so your mileage may vary.

Either way, Blizzard is still actively working on a solution to the issue at this time. If you’re experiencing this problem, you may want to visit the official forum thread regarding the issue and file a report using the format below.

Thank you everyone who continue to report to us and are trying out any possible work arounds. Your support and feedback is awesome.

Team 5 is still actively working on a solution for everyone experiencing this matter.

If you would like to add to the reports, please do so with the following info:

Device you are experiencing issue on: [PC] [Tablet] [iDevice] [mobile]

Have you tried restarting everything, inc. Bnet app: [Yes] [No]

What other methods have you tried to resolve the issue:

Shout out to Bowser on providing an awesome format for reporting.

Thank you everyone for your continued patience and we will look to have an update out as soon as possible.

Hopefully we’ll see the issue resolved soon. Until then, Blizzard’s workaround should at least offer a temporary fix so players can still get and complete daily quests.

Blizzard Watch is made possible by people like you.
Please consider supporting our Patreon!
Filed Under: Bugs, Daily Quests, Hearthstone Daily Quests
Advertisement