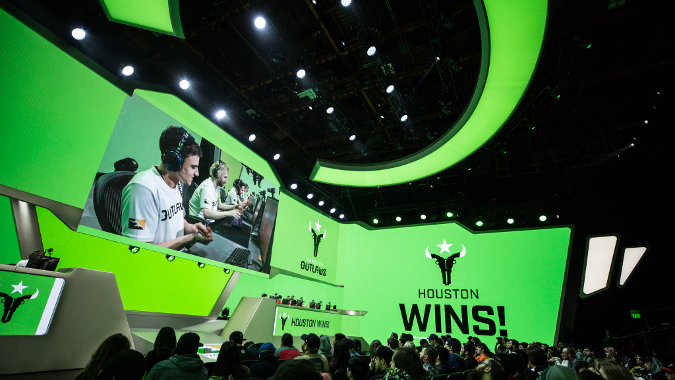 There were two big surprises this week in Overwatch League esports. One was the Houston Outlaws dumpstering the Dallas Fuel on Wednesday. Dallas was thought by many to be the best western team in the league going in, with their core roster going through the Korean APEX gauntlet, now expanded with players drafted for niche roles. After that devastating loss the surprises continued off the field when one of the Fuel’s players more notably explosive players xQc mouthed off on his Twitch stream. He targeted Outlaws tank Muma with an off-color comment which was distasteful at best and potentially homophobic, considering Muma is the sole out LGBT player in Overwatch League.

As this rocketed its way through the whole Overwatch League community at breakneck speed, the League decided to suspend xQc two weeks and fine him $2,000. The Fuel decided to expand his suspension to the remainder of the first stage of the season. All this transpired immediately before the Fuel’s game Friday against the London Spitfire. The Fuel went back to the exact roster that dominated the competition in APEX for their Friday match and did pretty darn well — though they didn’t take the series against the Korean powerhouse, they did squeak out one map.

The Fuel took a place at the very bottom of the scoreboard for their efforts. The Outlaws shot up past the Los Angeles Valiant, who had an extremely tough week but did quite well, bringing the London Spitfire to a nail-biting map five. There were several excellent series that went all the way to map five this week. However, the one that had the best ramp up was definitely the Philadelphia Fusion vs the Los Angeles Gladiators, who pulled off the reverse sweep.

The Shanghai Dragons are the only team below the Fuel right now, and they continued to look extremely shaky in all their matches, which was good for the Florida Mayhem. Otherwise shaky themselves, the Mayhem earned their first win this season almost by default. For their part, Shanghai was tilted off the map, at times even trickling in after staggered deaths to try to 1 v 6 the Mayhem like Rambo.

Of course, all these stories kind of fall away to the sheer dominance of the Korean teams. The Seoul Dynasty continued to roll over all comers with a perfect map score this week, followed closely by the New York Excelsior who only dropped one map in a tie with the Valiant. The Spitfire had the toughest week but still came out with two wins overall, keeping our three Korean teams at the top of the leaderboard.

Speaking of which, the match to watch this week is Friday night’s opener. At 6 p.m. CST, the Seoul Dynasty takes on NYXL. This is the first time any of the predominantly Korean rosters have faced off. This will be the first loss for one of these two teams. This game is going to be amazing.