Take nothing you’re about to read as established canon. This is me just making stuff up based on the canon we’ve got. But I was sitting down with Diablo 3 and thinking really hard about a few contradictory elements. I started noticing some trends that got me to wonder if maybe they aren’t contradictory at all. And now we’re here.

What are the gods of Sanctuary?

There are a lot of gods in Sanctuary. Some, like Dirgest, are demons masquerading as gods, a trick even the Greater Evils have trotted out from time to time. Others are Nephalem, such as Bul-Kathos or Philios, the Nephalem who founded the Askari civilization. Still others are angels, such as Philios’ first love Lycander.

But there are other beings as well, and we have no real idea what they are. What is Athulua, the chief goddess of the Askari? She sends Valkyrie emissaries to her Amazon worshippers, and they’re powerful entities. Not all the gods of Xiansai are demons. We meet Liria, but whatever she was it was her shade we saw, indicating a mortal existence for her. Was she a Nephalem as well?

This isn’t even covering Trag’Oul, a being that exists to confuse and upset our understanding of the Diablo cosmology. It’s not a demon, it’s not an angel, it’s definitely not a Nephalem. It’s an entity dedicated to Balance and the preservation of Sanctuary. Which makes me wonder about Trag’Oul, how it came into existence, and why.

Trag’Oul winked into existence after Lilith’s purge of the angels and demons who sought to destroy the Nephalem. In the few seconds it existed in Sanctuary it laid the clues that would be necessary for Rathma, one of the first of the Nephalem, to eventually find it. It’s said to be inextricably linked to Sanctuary and its existence, so much so that the Priests of Rathma argue that Sanctuary is upheld by the Dragon-God, that the whole of the realm floats on its back.

Sanctuary was created by Inarius and Lilith using the Worldstone, the Eye of Anu. They weren’t the first to do this. Whichever side had control of the Pandemonium Fortress had control of the Worldstone. They used the Eye of Anu to create worlds in their own image. But these worlds all failed, and withered away. Why? And more importantly, why did Sanctuary succeed where these other worlds failed? Was it because an angel and a demon worked to create it? And how does Trag’Oul fit into this?

The Worldstone and Pandemonium

Before Inarius altered the Worldstone by linking himself directly with it, the half angel/half demon offspring of his and Lilith’s rebellion were even more powerful than their progenitors. It was out of fear of this potential that the angels and demons sought to kill their own offspring. To prevent this, Lilith slew them. She saw the power of the Nephalem and coveted it, viewing herself as their mother.

With the Nephalem at her side she believed she could defeat the Great and Lesser Evils and the angels of the Angiris Council. Even when Inarius banished her with the Worldstone, she sought to return to Sanctuary and reawaken the Nephalem. It was this plan for Sanctuary that Trag’Oul sought most fervently to prevent, because it would upset the Balance.

Why is Balance so important to Trag’Oul? The angels and demons have fought the Eternal Conflict for countless years. They waged war over the Worldstone, over the plains of Pandemonium, and they’ve even brought the fight into each other’s home ground. Trag’Oul feared the war coming to Sanctuary, though. He argued that it could well spell the end of everything. Why? Why does Trag’Oul, an entity of such devotion to Balance, empower Necromancers? What is so important to cosmic Balance in the wielding of death as a power? Or the transcending of the boundaries between life and death?

And why could the Nephalem use death as a weapon against Malthael?

The entire cosmos was created in death. When Anu, the primordial one, floated in crystalline perfection in the pearl that transcended all things, the first boundary, it was all things. Good and evil, corporeal and spiritual, all things were Anu and Anu was everything. And it was there that according to Zoltan Kulle, Anu made its great mistake. Rather than encompass itself, accept all of its facets, Anu sought to excise that which was dissonant from itself. It ripped all evil, all corruption from itself and became a being it viewed as perfect. A radiant diamond being of pure good.

And in so doing it created its opposite, Tathemet, the first and greatest of the evils. The Prime Evil.

Anu and Tathemet waged war within the pearl that was their home, their cradle, their battleground. Tathemet hated Anu. Why would it not hate that which had rejected every part of it? Their battle eventually ended when each struck a blow that destroyed the other. In the process, they released power so enormous that the pearl was shattered and the fury of their deaths birthed all existence. The High Heavens formed around the Crystal Arch that was left behind, a fragment of Anu’s body. The Burning Hells formed around the corpse of Tathemet, which hurtled into the darkest reaches of existence. And the scar that formed around the wound became Pandemonium, a cyst reality formed around the Worldstone, the Eye of Anu, which could birth worlds.

It was death — the deaths of Anu and Tathemet — that made everything that exists. Mortality is the true state of creation. The angels and demons view themselves as eternal, forever born out of the Crystal Arch and the pit where Tathemet crashed. But they are fragmentary, just pieces of the long deceased Anu and Tathemet. Shards of the perfection that once existed. 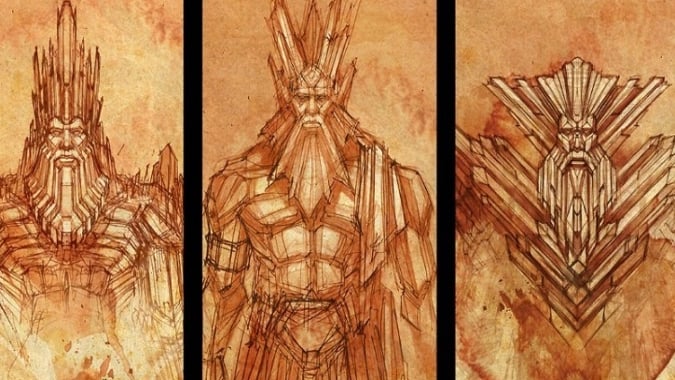 Think now on why Sanctuary endures when all other worlds made with the Worldstone withered and died. It endures because it was created with all potentials within it — the creation of an angel and a demon working together, two pieces of lost Anu and Tathemet, who was but half of Anu ripped away from itself. The shadow cast by its own sun, the reflection of the mirror.

Zoltan Kulle believed the Nephalem to be the true inheritors of Anu, and he was correct. But not the Anu that gave birth to the angels when it died. That Anu was but half of the cosmic one. In seeking perfection, Anu gave itself division. It tore half of itself away and saw that lessening as being pure. But what good is a purity that strips you of you? Tathemet hated Anu because Tathemet was Anu, just as much as Anu was.

Neither Inarius nor Lilith saw that the Nephalem didn’t just exceed them in power, they exceeded them in being complete. Malthael looked at humanity and saw aberrations, perverse half angel/half demon monsters. But angels and demons are the ones who are lacking. 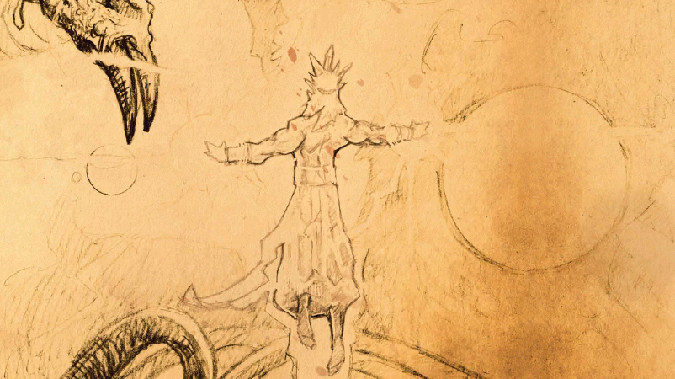 The inheritors of Anu

An angel can, at best, achieve exactly half of what Anu, the primordial Anu, could. Same for a demon. Neither can understand the other, neither can be the other. And it is that division that has warped them both. Only by having both halves of Anu — the purity and the corruption, the light and the darkness, good and evil in one being — can one hope to be Anu’s heir.

All of existence save Sanctuary is flawed.

Sanctuary, the world inside a pearl — for Inarius and Lilith created an entire cosmos around Sanctuary before they even created it, layered the world over the Worldstone like a pearl around an irritant — where the two halves of divine Anu can recombine. And perhaps that was Anu’s true plan all along, for it sought to understand itself. But when it was all things, there was no variation between it for it to distinguish itself by. All things were Anu, and therefore, all things were the same. It was only by dividing itself that it could contrast itself, and only in destroying itself could it change. Only in death could it create fertile fields to grow. Only in growth — the creation of the angelic and demonic hosts — could it ever create the condition that could force parts of itself to reconcile, to come together.

And only by making Sanctuary, the world where angels and demons fled to be together, could Anu finally find Balance. The Nephalem are that Balance manifest. Good and evil. Light and dark. Anu tore itself in half rather than reconcile itself, but perhaps one day a Nephalem will rise from Sanctuary, striding the cosmos as the true inheritor of its divine forebear. A new Anu.

The one true god may have already been born on Sanctuary, and someday, both Heaven and Hell may kneel to the Nephalem. The new Anu.