Blizzard clarifies the design for Hunter Pets in Battle for Azeroth

We talked about what has been datamined for Hunter Pets in Battle for Azeroth the other day, but now, Blizzard has clearly laid out their goals going into the next expansion. Much of it confirms the datamining, but it’s worth discussing for an idea of what Blizzard wants to do going forward. Of course, this is all still in the pipeline so don’t be surprised if (and when) we see changes or deviations from this.

It’s a goal to hit, something they’re working on, not a promise, and they may well come up with a better design later. Remember, it’s all still the alpha. 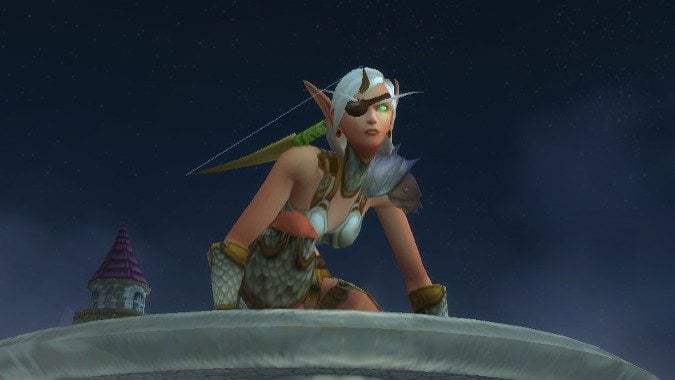 The first thing that comes up is that all Ferocity pets will have Bloodlust — which amounts to roughly 1/3 of overall pets — but Battle Res is going away from all Hunter pets. Since both Bloodlust/Heroism and Battle Res are seen as the two big buffs — one offensive, one defensive — having Hunters with access to both felt like a step too far, according to Blizzard. I’m not sure I agree, but I understand the reasoning.

More interesting to me is the idea of having all pets do the same basic damage and having the same basic tankability. Various abilities that buff pets like Blood of the Rhino will be rolled into all pets, and all pets will have Growl and either Dash or Swoop, depending on which is appropriate. Charge is sadly gone. We already knew that Ferocity, Tenacity, and Cunning would be returning as family specific groups and that each would have the abilities we listed in the datamining post — in other words, nothing new there. But I have to say, if your goal is to have all pets be equal on damage or tanking, having Tenacity pets get an extra 10% health may be one you want to rethink.

Everybody tanks, everybody damages

I get that they want to make it less onerous for Hunters who feel they have to bring a Bloodlust pet, but this next approach doesn’t feel too great. To me, it just makes you have to choose between bringing Bloodlust or bringing a pet who actually gives you something worth having, since the Ferocity bonus is 3% Leech that doesn’t include abilities like Kill Command. Still, I like the idea of all three being able to tank and DPS equally and pet choice being meaningful again, so here’s hoping they work out the kinks soon.

For the complete post, head over to the official site… or read it below:

As we’ve kicked off the Battle for Azeroth Alpha, we’ve seen a lot of discussion about the new way Hunter pets work. While we’re by no means finished, we have reached a place where we want to share some insight into our plans and explain some of what you might see in development as Alpha continues.

In Battle for Azeroth, all pets will have equal damage, health, and armor. All can tank or DPS equally. Choosing to put a particular pet into “Tank spec” feels outdated, so we’re going to shift all pets to a setup that will work as though they’re specced into both Ferocity and Tenacity (in Legion terms). All offensive and defensive passive abilities such as Blood of the Rhino and Combat Training will be rolled into every pet by default. Charge will be removed, and all pets will have Growl and Dash/Swoop. Some spec-specific actives will be redistributed where appropriate. We are keeping the names Ferocity, Tenacity, and Cunning as the broad groups that all families fall into. They are no longer changeable, and each has a new passive and active ability that are useful in almost any situation.

Pet family flavor is part of what makes selecting a companion unique and special, and want to emphasize that even more. A special ability has been added to all pet families that were missing one. Exotic Pets still have their unique ability (like Surface Trot) in addition to a new ability. Pure flavor abilities that many pets have are also staying like Trick and Rest.

In Legion, all Hunters have access to Bloodlust and Battle Res, but they only exist among a handful of families, which leads to very narrow options. To that end, Bloodlust will be available on roughly a third of the tamable pet families rather than just two. In a world where we are proliferating abilities to many families, our first inclination was to add Battle Res to a separate third of those families. After seeing that landscape, it felt odd to fully embrace Resurrection as part of the Hunter kit. Further, moving into Battle for Azeroth, we are solidifying Bloodlust and Battle Res as the strong shared cooldowns that a group can bring – one offense, one defense. In that world, Hunters having access to both of the super powerful group benefits didn’t feel appropriate.

It’s important to acknowledge that some hunters want to maximize their impact with their pet, while others are collectors who want a pet for every occasion. There should be opportunities to cleverly swap from one pet to another in a given situation and reap the benefit. At the same time, the Hunter who has grown attached to their spider named Fluffy should feel effective across the game. We’re going to try to ensure that every pet package is attractive, with a unique combination of benefits that work in many situations.

Here are some specifics of the Battle for Azeroth design for Hunter pets:

There are currently 51 pet families, and each family will be categorized as Ferocity, Tenacity, or Cunning. Each will have an active and a passive, and the active will be a Hunter class button that changes contextually with your active pet.

Each pet family will get one of six different abilities, and each ability will have a unique name themed to the family. Precedented abilities such as Ankle Crack – 50% Snare, Monstrous Bite – Healing Reduction Debuff, Shell Shield – 50% Reduced Damage Taken, Agile Reflexes – 30% Dodge, and Thick Hide – Reduced Damage Taken at Low Health already exist in the game, and we’re exploring adding something similar to Tranquilizing Shot to the list.

While this does create a landscape where there may only be a handful of families that exactly fit the combination of tools you prefer, each family was chosen with variety as a premium. There are winged creatures, predators, grazers, and more represented across as many abilities as possible, while keeping them thematically appropriate.

For two specific examples: a Spirit Beast in Battle for Azeroth still has Spirit Mend and Spirit Walk, and will gain Endurance Training and Survival of the Fittest. They also have a new ability, Spirit Shock, that dispels magic and soothes enraged enemies. Cats, on the other hand, gain Catlike Reflexes – a 30% dodge cooldown – in addition to Primal Rage and Predator’s Thirst. Both are able to tank or DPS equally.

Nowadays, only about half of the pet families out there have a useful ability, and we want to improve on that. In Battle for Azeroth, Bloodlust will be much more prominent, so Hunters should no longer feel bound to Core Hounds and Nether Rays as their best options. Most importantly, these changes should result in a pet landscape where all pets can serve as dps or tank as well as they could in Legion.

Please remember that all of the above, especially the numbers, are subject to change as we test in the Battle for Azeroth Alpha. Feel free to discuss anything related to Hunter pets here. We really appreciate your feedback!

Blizzard Watch is made possible by people like you.
Please consider supporting our Patreon!
Filed Under: Battle For Azeroth, Cunning, Ferocity, Hunter Pets, Tenacity
Advertisement