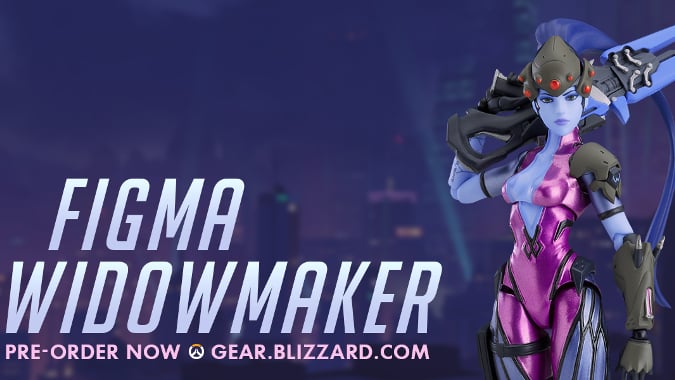 A Widowmaker Figma is the latest addition to the evergrowing roster of Overwatch figures and figurines. The $80 figure is currently available for pre-order on the Blizzard Gear store with an expected release of Q4 2018.

From the globally popular multiplayer first-person shooter Overwatch® comes a figma of Widowmaker!

Figma Widowmaker is made of painted ABS and PVC and is approximately 160mm in height.

Figure will ship by the end of Q4 2018. Applicable taxes and duties will apply. Please review our shipping policy.

Personally, I prefer figurines without articulation — I’m far too old to actually play with these things, so they’re mostly something pretty to put up on a shelf. When viewing them as decor, that line of articulation that cuts Widowmaker’s torso in half is unpleasant at best. Admittedly, though, Widowmaker’s store page shows a few cool poses that wouldn’t be possible without that articulation. Her grappling hook accessory, combined with the articulated stand, allows a recreation of some of her best highlight/intro animations: 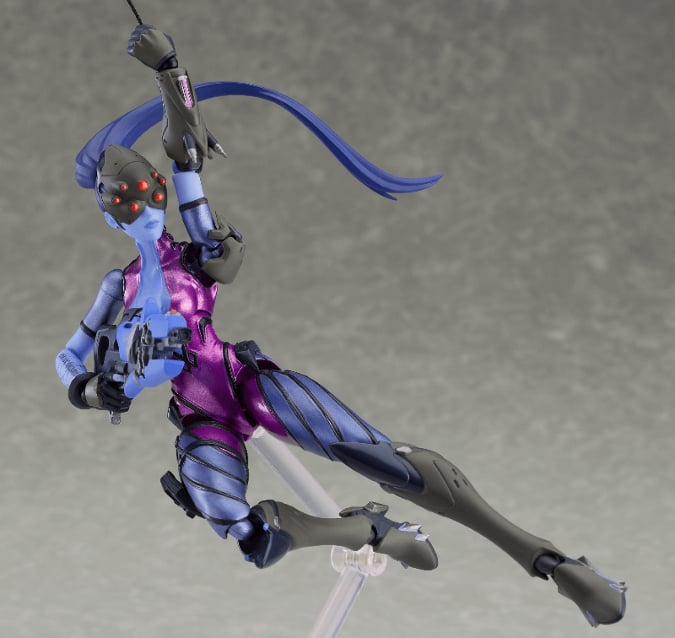 Considering the sheer popularity of the Figma line of figurines, they must be doing something right, regardless of my opinions on their articulation. And given the wide range of Overwatch fans, it’s entirely possible there are people who will treat this as a toy rather than a glorified statue.

Blizzard Watch is made possible by people like you.
Please consider supporting our Patreon!
Filed Under: Figma, Nendoroid, The Good Smile Company, Widowmaker
Advertisement